WrestleMania Axxess is a family-friendly, immersive, and interactive fan experience produced by, and dedicated to, the WWE.

The popular ticketed event is held in the city hosting WrestleMania, usually at a location near the venue where the Showcase of the Immortals takes place. 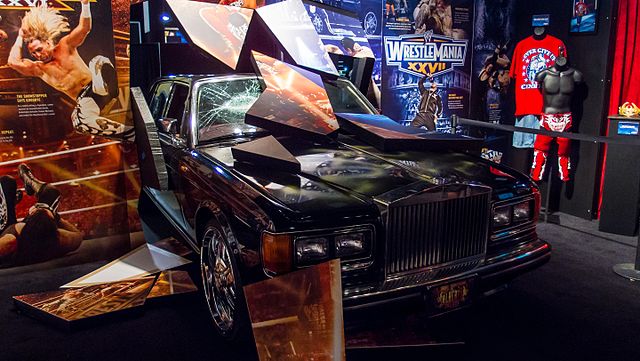 Axxess also allows fans to meet like-minded individuals from all over the globe.

The event is well-attended and a huge part of the WrestleMania experience.

If you love the WWE, you must attend WrestleMania Axxess.

WrestleMania Axxess attracts superstars of all ilk.  Autograph sessions and meet-and-greets involve main eventers, WWE legends, and wrestlers on the rosters of Raw, Smackdown, and NXT.

The lineup is different every year.  Before attending, peruse WWE.com for a complete schedule of superstars.

Please note that many of the autograph sessions and meet-and-greets require additional tickets. 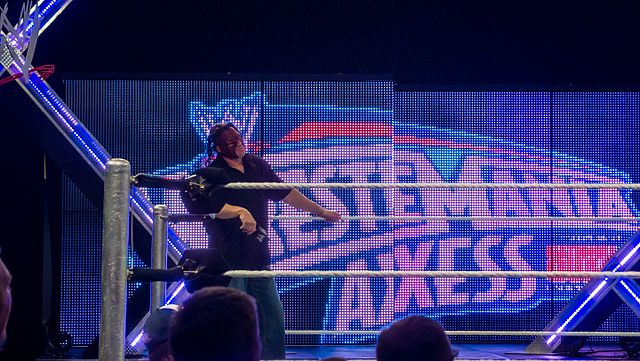 Question and answer session with Kane. Kane refused to answer any questions in 2012
By Ed Webster (Wrestlemania Axxess 2012) CC BY 2.0, via Wikimedia Commons

What You Need to Know About Autograph Sessions

Many of the autograph and meet-and-greet packages include a professional photograph that your favorite WWE superstar can sign.

If you want to bring something from home for them to sign, make sure it’s fan friendly.  Also, the superstar can only sign one item and they cannot pose for pictures.

The line needs to keep moving.  The WWE Universe is vast, and superstars are very busy.

These matches are a great opportunity to enjoy live wrestling in an intimate setting. 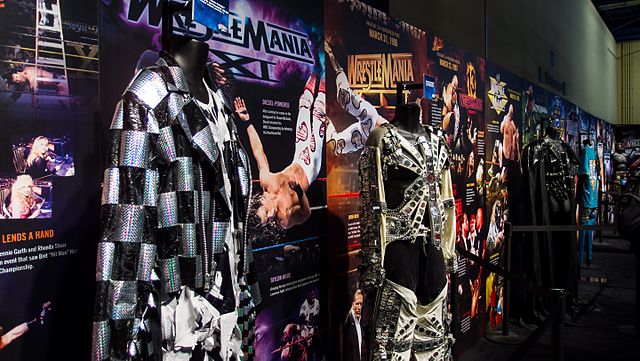 What To Know Before You Go

“When my hand goes up, your mouth goes shut!”

We don’t mean to be rude, but the following is important information about WrestleMania Axxess.

If you plan to attend, be prepared to do a lot of walking.  You won’t have to train like Bobby Lashley or Rhonda Rousey, but you might want to dress comfortably and wear walking shoes.

If you bring a bag, make sure it’s clear.  In 2018, WrestleMania Axxess instituted a clear bag policy.

Most bags won’t be allowed into the venue.
Also, consider bringing as few personal items as possible.  One, you’ll probably be buying a lot of WWE merchandise.

So, you’ll want your hands free.

Two, there’s generally no place for you to “check” anything.  That includes things like strollers, coats, and jackets.

You are allowed to bring in a camera.  This includes stand alone cameras as well as the camera in your smart phone.

Policies are subject to change.  Before attending WrestleMania Axxess visit the venue’s website and/or WWE.com for an up-to-date, and complete, list of policies. 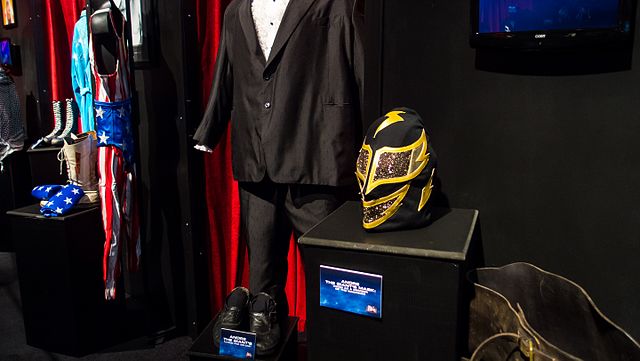 “Do you want WWE merchandise?”

WrestleMania Axxess hosts the WrestleMania Superstore.  This gigantic retail space is known for assembling the largest selection of WWE merchandise in the world.

Sure, you can purchase a lot of stuff online, but their shelves also contain items you can’t find anywhere else.

The best part about the WWE Superstore is it’s open to the public.  You don’t need WrestleMania Axxess tickets to enter.

Just like the Balor Club, WrestleMania Axxess is for everyone.  In 2018, the WWE recommitted itself to making Axxess accessible for WWE fans with disabilities.

Fans with disabilities, and up to three of their friends, can acquire wristbands that allows entry to an accessible line.  For friends to use the accessible line they need to accompany the fan with the disability.

For more information on procuring a wristband to use accessible lines, visit WWE.com. 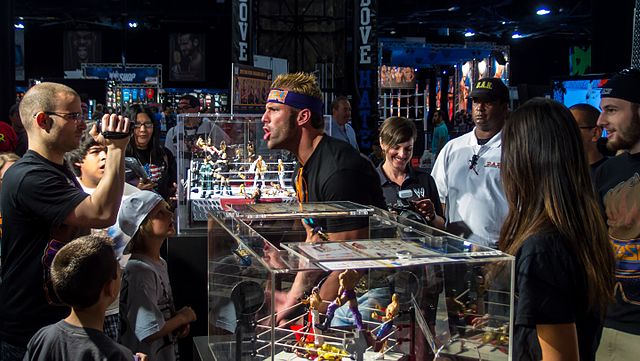 The first WrestleMania Axxess was held in 2000.  Two years later, the event was extended to three days.  Not long after that it became four.

A convention held to celebrate WrestleMania, however, goes back to 1988.  That year, the WWE, along with The Trump Organization, held a small event prior to WrestleMania IV.

Similar events coinciding with WrestleMania followed including a brunch where Lex Luger attacked Bret Hart.  Of course, what brunch doesn’t include at least one brawl.

In 1994, the WWE held its first “Fan Fest,” an event similar to WrestleMania Axxess but on a much smaller scale.

In 1999, the WWE held a WrestleMania Rage Party.  This was the first event to take place on the day before WrestleMania.  It was featured in an hour-long program that aired on the USA Network.

The following year, WWE expanded on the “Rage Party” idea and WrestleMania Axxess was born.