WWE Los Angeles tickets are on sale now. You'll find a great WWE ticket selection here. When the WWE comes to Los Angeles, CA, you can expect to see some of the best professional wrestlers in the world so book your tickets now.

Our ticket prices for any of the WWE's tour dates are excellent and we're committed to getting you into the best seats to enjoy the live wrestling event. Search through our large selection of tickets and locate and purchase your seats for the Los Angeles, California WWE tour stop here.

And next time you want to go to any live WWE event in Los Angeles, shop here at ClickitTicket.

World Wrestling Entertainment ticket prices may be above or below face value and can fluctuate but we try to keep our prices as cheap as possible. To find the current Los Angeles WWE ticket pricing, click the red 'View Tickets' button above.

Refund Policy:
All ticket sales are final. Our WWE pro wrestling tickets are unique and can't be replaced, therefore there are no exchanges or refunds. If an event is rescheduled or postponed, your tickets will be honored for the new date. Learn more.

Shipping/Delivery Information for WWE Tickets:
You can choose either standard or express delivery and you can specify special delivery instructions if necessary. Your WWE Los Angeles, California tickets will be shipped to you using Federal Express. Also, some WWE tickets may be available for immediate download as e-tickets, or electronic tickets. 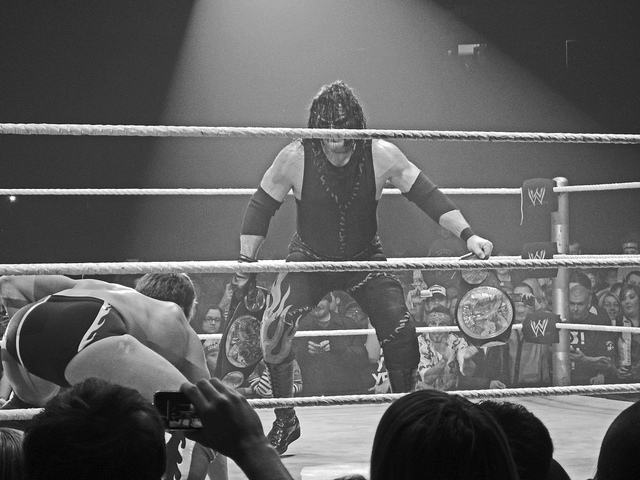 In 1985, McMahon also dreamed up WrestleMania, a national pay-per-view event that he promoted as the Super Bow... Read more

The Next Scheduled Events in Los Angeles