15 Very Cool Bands You Must See Live This Year


One of the best things about music is musicians don’t have to be well-known to be great. The industry is full of very cool bands and artists offering an alternative to the mainstream.

For every Taylor Swift, Kendrick Lamar, and U2, there’s a dozen other artists and bands that toil and sacrifice to hone their craft and create magic on stage.

You can download and stream music from all 15 entrants, but to truly appreciate their cool, as well as their creativity and talent, you must see them live. Between online videos, live recordings and social media, and seeing many of these acts live too, our staff has experienced each of these bands for ourselves. And while this may be subjective, take our word for it, each of the following bands deserves some of your time.

When any of our selections visit your neighborhood, do everything you can to secure tickets and make it to the venue. In doing so, you’re guaranteeing yourself an amazing evening of some seriously cool live music.

Saraswathi Jones leads this Boston-based band that draws inspiration from Black Sabbath To Nusrat Fateh Ali Khan and a bunch of stuff in between. Her terrific bandmates are Azhar PH, Jagdeep, Sapan, and Socheata. As Awaaz Do, they released a five-track EP, Kite Flight, in 2016.

Of course, to best experience their energy, power, and their unique blend of punk and Southeast Asia, you must see them on the stage. Awaaz Do was originally formed as a Bollywood cover band that was supposed to perform for one night only. When she’s not rocking, Jones is the Board President of Girls Rock Campaign Boston. 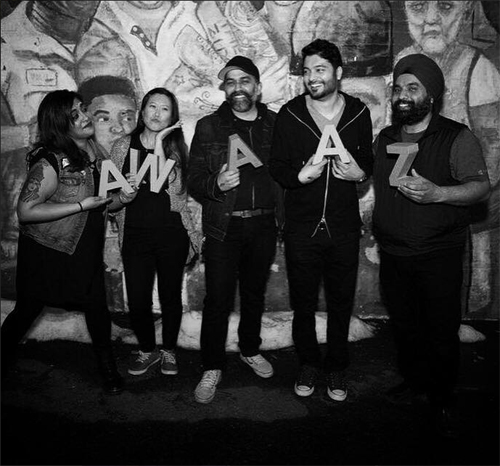 Denver’s Annie Booth delights audiences with intelligent, mesmerizing, engaging music. She’ll dazzle you with her prowess on the piano and her creative composition.  Her tickling of the ivories will put a smile on your face. Why?  Her music is sweet. Not like a guitar lick is “sweet,” but like a polite gesture, or a kind word, is sweet.

Her ability to beguile is best experienced on the performance stage. The Annie Booth Trio knows how to delight an audience. Her and her mates create a welcome alternative to today’s pre-programed electronica. 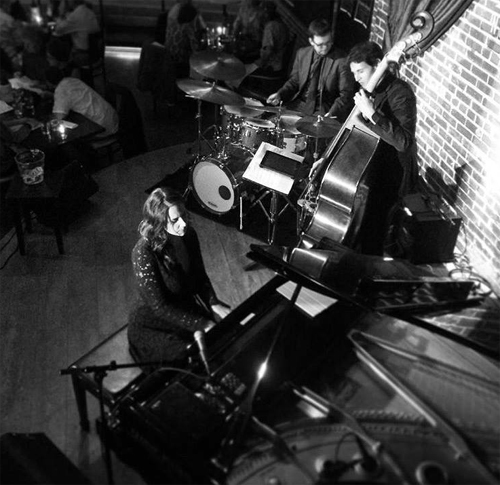 Rock isn’t dead.  Heck, thanks to Dead in 5, it’s not even on life support. Detroit’s Dead in 5 will melt your face with intense, but melodic rock and roll. As soon as they take the stage, they have you in the palm of their heavy metal hands and they won’t let go.

You don’t mind because Dana "Deadly" Forrester (bass), Robert Libres (vocals), Peder "The Terminator" Seglund (guitar), Dave Seymour (guitar), and James Trunko (drums) are the truth. They only care about rocking. Everything else be damned. 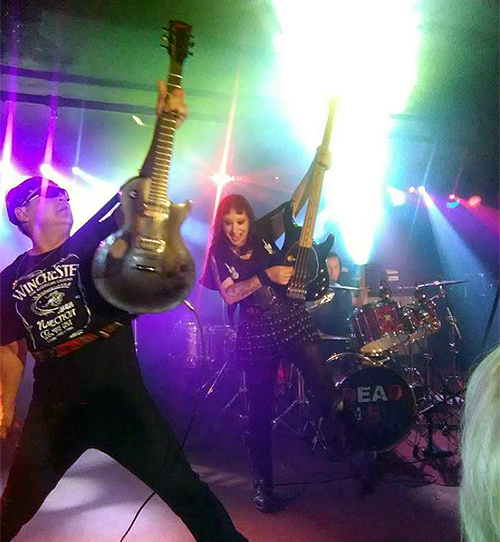 Final Coil is an alternative heavy metal band for intellectuals, but they still possess all the things that make the genre great. In concert, Final Coil serenades their audiences with classic metal guitar riffs, adroit solos, and interesting vocal harmonies.

The four-piece consists of Phil Stiles, Richard Awdry, Jola Stiles, and Tony ‘Ches’ Hughes. They hail from Leicester, England. Their latest album is Persistence of Memory. You should get it. 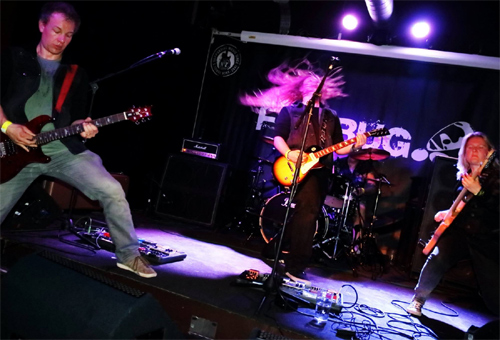 Fire in the Radio

Fire in the Radio is one of those bands that’s just damn good. They’re not good in a song or two. They are good in every song, from start to finish. Even better, this Philadelphia quartet plays punk music they way you want it to be played—enough melody to sing along to and enough power to make you air guitar.

Their Husker Du-reminiscent vibe (yes, they’re being compared to them) translate extrememly well to the connect stage. They rock live. 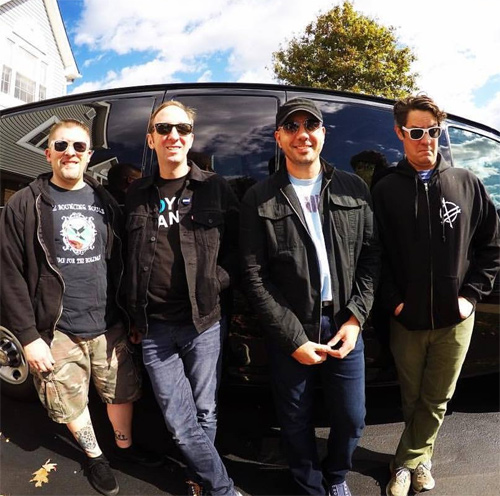 Honey Beard was clearly raised on Depeche Mode—then again, aren’t we all?  HB’s live shows are furious affairs that will leave you wanting more. 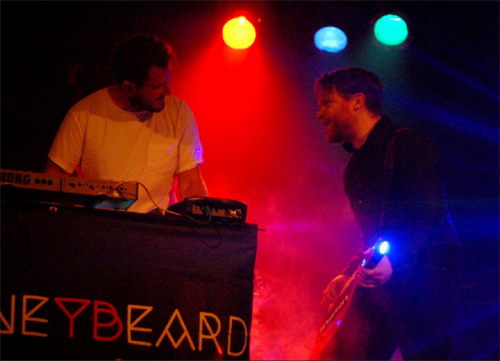 Jane Bordeaux isn’t an artist, but a trio. They perform American-country-folk but do so in Hebrew. Don’t know Hebrew?  That’s okay.  You don’t need to. Their music is so beautiful is transcends the language barrier. If you’re a folk aficionado, then Jane Bordeaux is for you.

If folk isn’t your thing, Jane Bordeaux is still for you.  Their superb songwriting and gorgeous arrangements check a lot of boxes. There’s no U.S. dates on the horizon, but when they do come tothe New World you must attend one of their shows. 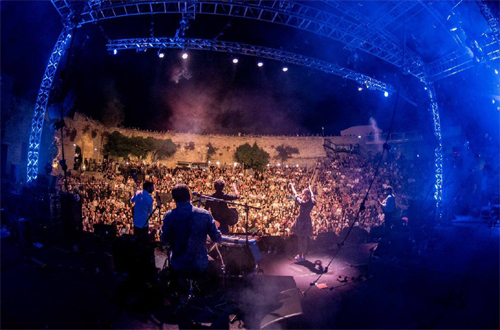 Matt O’Ree is a New Jersey guitarist. Federal law stipulates that if you talk about music and the Garden State that you must mention Bruce Springsteen and Jon Bon Jovi. Well, we were going to do that anyways since The Boss and Jon are huge fans.  In fact, O’Ree toured with Bon Jovi.

How good of a guitar player is O’Ree?  Well, he won a national guitar contest beating out 4,000 axe players. The other members of M.O.B. are Scott Bennert, John Hummel, Eryn Shewell, and Layonne Holmes. 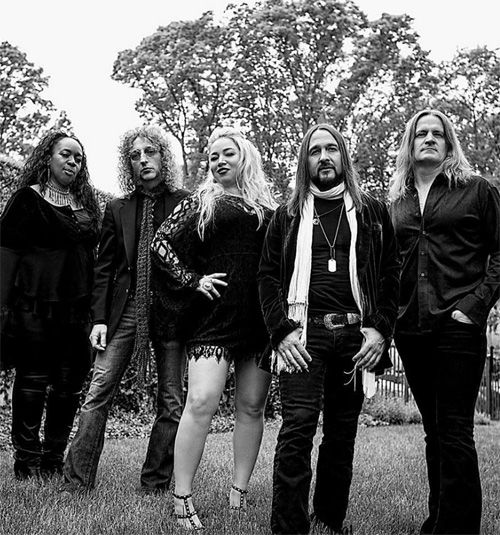 The over/under for Pacific Radio becoming your new favorite band is one minute. If you’re experiencing them live, the over/under is about 30 seconds. Their infectious beats, catchy hooks, and memorable chorus are as contagious as a head cold—but in a good way.

If your town isn’t on their itinerary, and a road trip isn’t in your future, then pick up their debut album, Pretty, but Killing Me. Pacific Radio is Kyle Biane, Joe Robinson, Hyke Shirinian, and Joe Stiteler. 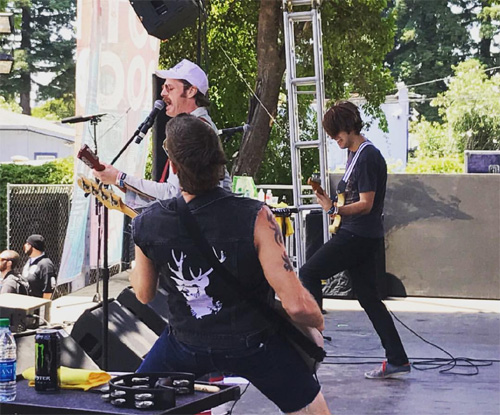 You can’t have a list of bands you must see live and not include one from New York City. Public Access T.V. is a cerebral post punk foursome that lays perspicacious lyrics over laconic guitar riffs. Their sound and style is beyond au courant. Former in 2014, PATV has already supported icons like The Pixies, Weezer, Green Day, and The Strokes.

Their debut album, Never Enough, dropped in 2016. They’ll be performing in the UK in February and the States in March and early April. 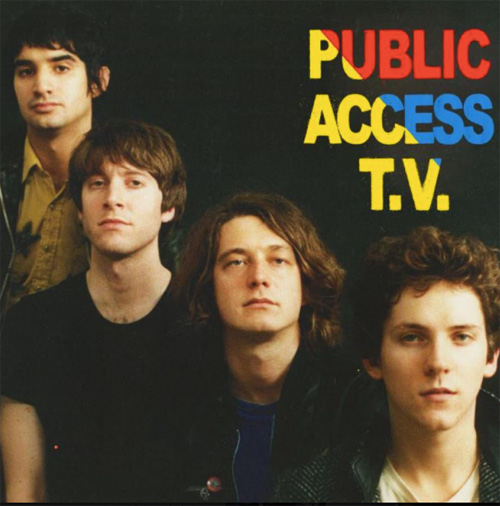 You’re welcome.  You’re welcome for introducing you The Stratos Ensemble.   Keyboardist Dean De Benedictis, leads a group of talented musicians—Andrea "Jako" Giacomini, Takeshi Nishimoto, and Giuseppe Patane—that will lead you to the land of improvisation.

Think of them as alternative jazz-rock-fusion. You’ll probably want to listen to every track of theirs you can find on the internet and you’ll definitely want to see them live. 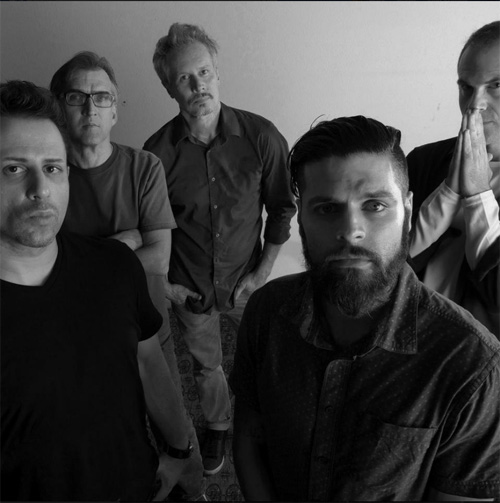 We’ve got a question for you. Do you like music without any frills?  If you answered yes then we’ve got a band you must see live (as well as buy their music [their latest album is Borrow You, Brother]). They call themselves Strange Americans, but they’re not strange, they’re real.

Their sound isn’t necessarily pretty, but it’s honest and it will move you. They play music that’s a throwback to a time when everyone’s face wasn’t buried in a screen. Yet, it’s fresh and exciting. 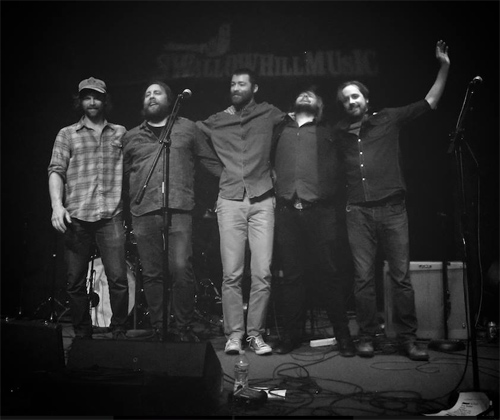 The Super Fuzz is aptly named. They are super especially in concert. The quartet, once known as the Chris Alvy Band, plays pure power pop. They fun, funny, and extremely catchy.

If you like acts that sound like they’d headline a show with Cheap Trick or Todd Rundgren, then you’ll love The Super Fuzz. Until they come to your town, download their albums Super Famous and Art Noise. 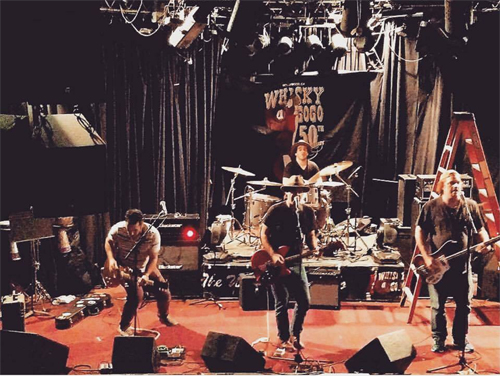 There’s not another band like Venrez in the world. They’re fronted by a former Hollywood producer that’s north of 50. Every time he steps on stage, the dynamic vocalist proves age is nothing but a number. He’s joined by bassist Nico d’Arnese, drummer Charles Ruggiero, and guitarist Jason Womack.

Together, they create no-holds-barred hard rock. On stage, they are a competent outfit that knows how to connect to their fans.  Get this: Venrez has toured with Alice Cooper, Slash, and Buckcheery. They’ve also released three studio albums. 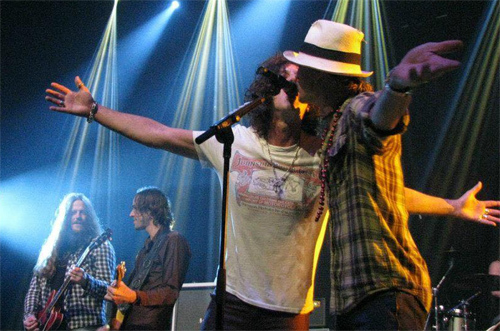 They’ll be touring with The Oh Hellos this March and early April. When they visit your town do everything you can to be in the audience. They won’t disappoint. 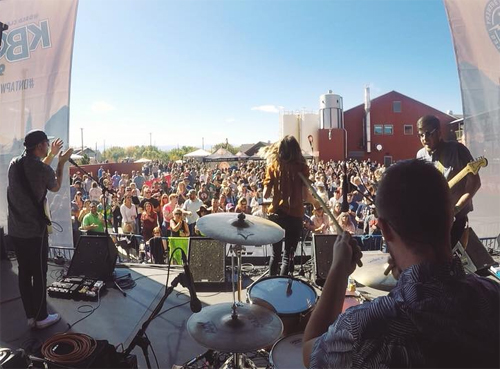 Secret Rule’s latest album, The Key to the World, emerged in November of 2017.  In 2018, they have a bunch of shows planned, including several as part of the Symphonic Metal Nights Tour 2018.  They’ll also perform at the Carneval Female Metal Meeting in Mörlenbach, Germany.

Secret Rule is an Italian metal band with a lineup of Nicola Corrente, Angela Di Vincenzo, Andy Menario, and Michele Raspanti—with external collaboration from Henrik Klingenberg.  They lean heavily on melody while dishing out commanding rhythms.  Their majestic music is ideal for the concert hall; they are the epitome of captivating.  Secret Rule brings so much fervency to the stage that it’s contagious.

* All images courtesy of each bands' Facebook page.
^ top