Theresa Caputo Atlantic City tickets can be purchased here. Our theater ticket prices are competitive and all our Theresa Caputo tickets are 100% guaranteed.

Browse through our astounding choice of theater tickets and book your seats now for any upcoming performance of Theresa Caputo in Atlantic City, New Jersey. All our Theresa Caputo Borgata Events Center tickets are always 100% guaranteed.

Click on the red 'View Tickets' button above to see all the available tickets for that Borgata Events Center scheduled performance, along with an interactive seating chart that will help you locate the best seats for your price. After you choose how many Borgata Events Center tickets you want, you'll be brought to our secure checkout to finalize your theater tickets purchase.

Looking for the best seats available for Theresa Caputo at the Borgata Events Center? Look no further. There are myriad choices here for theater-goers. Find box seating, balcony seating, orchestra, stage right and left seats, center stage, mezzanine and downloadable e-tickets too. And our theater ticket inventory is updated daily.

Theresa Caputo Ticket Shipping/Delivery Information:
You can choose either standard or express delivery for your tickets. There also may be electronic Theresa Caputo Atlantic City tickets (or e-tickets) available for immediate download. Otherwise, tickets are shipped with Federal Express.

Theresa Caputo claims to be a medium. She’s widely known as the “Long Island Medium.” That honorific is also the name of her reality series which airs on TLC. The program debuted in September of 2011.

According to her Web site, Caputo can see, feel, and sense Spirit (that’s how’s she puts it). She’s been doing so since she was four and started communicating with the deceased in her 20s. Caputo has been a practicing medium for more than decade.

"It's harder for me to sit and not channel a soul. That's why I just blurt things out all the time.” — Theresa Caputo

The medium takes her gift on the road via her “Theresa Caputo Live! The Experience.” This live show begins with Caputo telling her audience what to expect and a little about her process. She then shares a few personal anecdotes. After that, she goes right to the “spirit communication.”

Caputo tells her audiences that the spirits will guide her to certain individuals. So don’t come to the venue expecting to receive a reading.

All readings are shown on a large screen so no matter where you’re sitting in the venue you’ll be able to see Caputo and her subject.

Theresa Caputo tickets sell very quickly. It’s not unusual for the medium to perform in front of sold out crowds.

Caputo is also a bestselling author. She has penned two popular books: There’s More to Life than This: Healing Messages, Remarkable Stories, and Insight from the Other Side and You Can’t Make This Stuff Up: Life Cha... Read more

The Next Scheduled Performances on the Theresa Caputo Tour 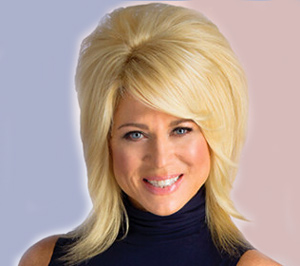