You'll have to choose how many seats you want to purchase for the Harlem Globetrotters event, and then you'll be brought to our secure checkout.

Harlem Globetrotters ticket prices may be above or below face value and can fluctuate. You'll find tickets here at relatively affordable prices. To find the current pricing, click the red 'View Tickets' button above.

You'll be brought to the seating chart where you can sort from the cheapest to the highest pricing. Discover a wide range of cheap Harlem Globetrotters tickets, including discount seats or last-minute and low-priced deals here. You can rest easy because all our tickets are 100% guaranteed.

Harlem Globetrotters event Tickets Refund Policy:
All ticket sales are final. Our Harlem Globetrotters game tickets are unique and can't be replaced, therefore there are no exchanges or refunds. If an event is rescheduled or postponed, your tickets will be honored for the new date. Learn more.

Shipping/Delivery Information for Harlem Globetrotters event Tickets:
You can choose either standard or express delivery and you can specify special delivery instructions if necessary. Your tickets will be shipped to you using Federal Express. Also, some Harlem Globetrotters tickets may be available for immediate download as e-tickets, or electronic tickets.

About The The Harlem Globetrotters 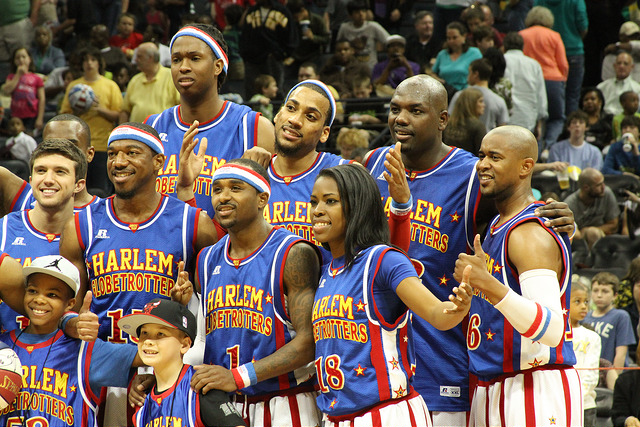 Here's some trivia for you, the Harlem Globetrotters are not from Harlem. In fact, the Globetrotters didn't play in Harlem until 1968. While their exact beginnings are murky, what is known is the team started on the South Side of Chicago, Illinois and Globetrotters tickets were sold at the famed Savoy Ball Room—the team entertained fans before dances.

Somehow, Abe Saperstein became involved with team and by 1929 he had the Harlem Globetrotters on tour in Illinois and Iowa. The name "Harlem" was adopted because at the time the Manhattan neighborhood was the center of African-American culture. Also, a team from out-of-town was mysterious and therefore sold more tickets. 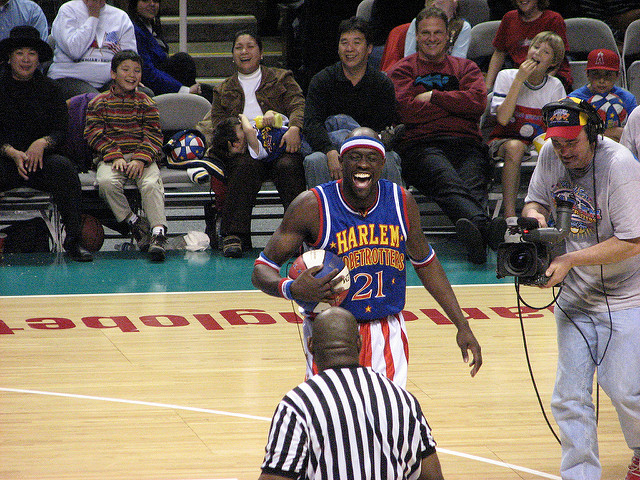 The Harlem Globetrotters schedule hundreds of games a year in both the United States and around the world. For most Globetrotter tours, the team plays a squad of stooges (often the poor Washington Generals) although both parties claim the games are highly competitive. 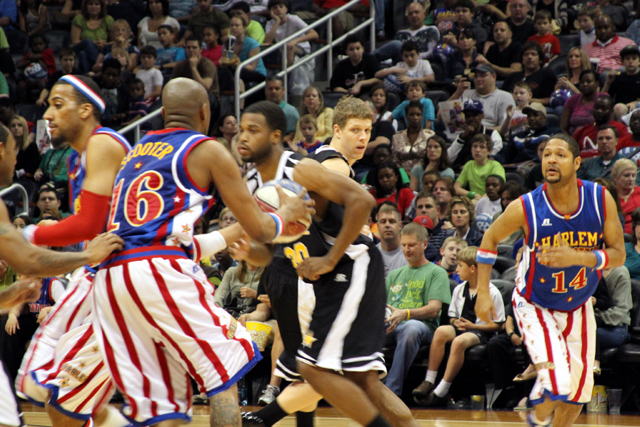 The Globetrotters have played professional and college teams through the years with varying levels of success. Counting all their games, the Globetrotters claim to have more than 22,000 wins with around 350 losses.

Due to their talents as both athletes and entertainers, as well as their family appeal, the Globetrotters have earned the honor and responsibility of being basketball's preeminent ambassadors.