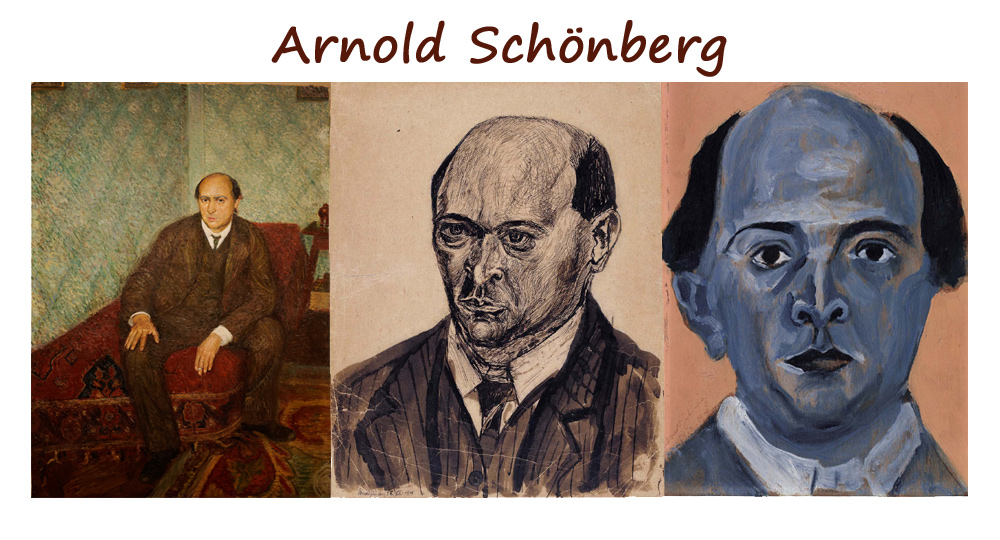 Arnold Schoenberg, The Emancipator of Dissonance

Pain is the ultimate inspiration.  Sure, we all want to be happy, but not when we need to create a great work of art.

In 1908, Arnold Schoenberg found himself estranged from his wife.  For a few months, she left him for painter Richard Gerstl, who eventually committed suicide over the matter.

It was during this period, of what must have been extreme heartache, that Schoenberg composed "Du lehnest wider eine Silberweide."  Maybe it's not a song you'll find in your local jukebox, but it was the composer's first work without a reference to a key.

Also, during this period, Schoenberg wrote String Quartet No. 2.  In this work, Schoenberg continued his destruction of traditional tonalities.  His efforts earned him the nickname of "The Emancipator of Dissonance."

That is the crux of Schoenberg's genius.  He popularized atonality or music that lacks a key.  It should be noted that Schoenberg did not like the term "atonal."

Later, Schoenberg developed the twelve-tone method.  That's a technique where the 12-notes of the chromatic scale are used equally.  In other words, one note isn't emphasized over any other.

The Austrian composer helped classical music transition from Romanticism to modern.  His detractors say he accomplished this by deconstructing Romanticism while his proponents say he reconciled the two styles.

Schoenberg was a theoretician as much as he was a composer.  He, and his many pupils, helped shaped classical music of the 20th century, especially the avant-garde part. 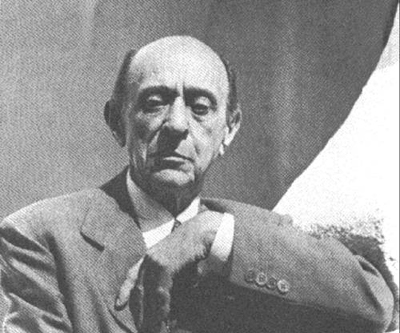 Before coming to America in 1934 (although some scholars say he changed it in 1933), Arnold Schoenberg spelled his last name Schönberg.

The composer said he altered the spelling of his last name to accommodate Americans.

Today, you generally see the composer referred to as "Schoenberg."

Arnold Franz Walter Schoenberg was born in Vienna on September 13, 1874.  His father was a shopkeeper.  His mother was from Prague.

He began taking music lessons at the age of eight but was mostly self-taught.  As a young man, he worked at a bank.  The job did not suit him.

In 1894, while playing for an amateur orchestra, Schoenberg met the man that would become his musical mentor, Alexander von Zemlinsky.

In 1898, Schoenberg converted to Christianity from Judaism.  Historians differ on whether this was a spiritual transformation or self-preservation.  At the time, anti-Semitism was high.

In the first decade of the 20th century, Schoenberg enjoyed premieres of Verklärte Nacht, Pelleas und Melisande, String Quartet No. 1, and the Chamber Symphony No. 1. 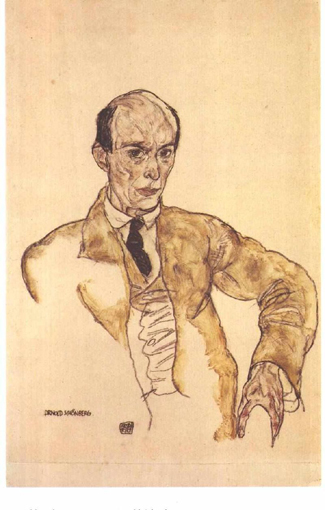 Despite being in his 40s, Schoenberg served in World War I.  The outbreak of war halted his creative output.

In 1918, Schoenberg founded the Society for Private Musical Performances.  This organization supported the performance of modern music and protected performers from the rigors of traditional tastes and the demands of commercialism.

The society closed in 1921 due to a lack of funding.

The organization hosted more than 350 performances.  For the first year and a half of its existence, none of Schoenberg's music was performed.

Mathilde died in October of 1923.  Schoenberg remarried the following August to Gertrud Kolisch, a woman 25 years his junior.

Also, in 1923, Schoenberg completed Five Piano Pieces, Op. 23.  This piece of music introduced the world to the 12-tone method.

This technique is also known as dodecaphonic.  About a quarter of a century later, it received the alternate name of serialism.

In 1928, Schoenberg finished Variations for Orchestra, Op. 31.  This was the first use of his 12-tone method for a large orchestra.

In 1926, Schoenberg began his stint as the Director of a Master Class in Composition at the Prussian Academy of Arts.

He remained at his teaching post in Berlin until 1933 when Adolf Hitler and his Nazi party rose to power.  The composer returned to Judaism and then fled to the United States.
Schoenberg first settled in Boston before moving to Los Angeles.

On the west coast, he taught at USC and UCLA.

He also hobnobbed with artists and celebrities like Ernst Toch, Harpo Marx, and Peter Lorre.

Schoenberg toyed with the idea of relocating to New Zealand.  He had long been fascinated with the land but attempts to secure employment were thwarted by his Judaism and progressive attitudes towards music.

Schoenberg suffered from triskaidekaphobia, the fear of the number 13.  He believed he was going to die in a year divisible by the unlucky digit.

Although it seldom happens, the astrologer turned out to be right.  Schoenberg died in July of 1951 at the age of 76.  Oddly enough, he died on Friday the 13th.