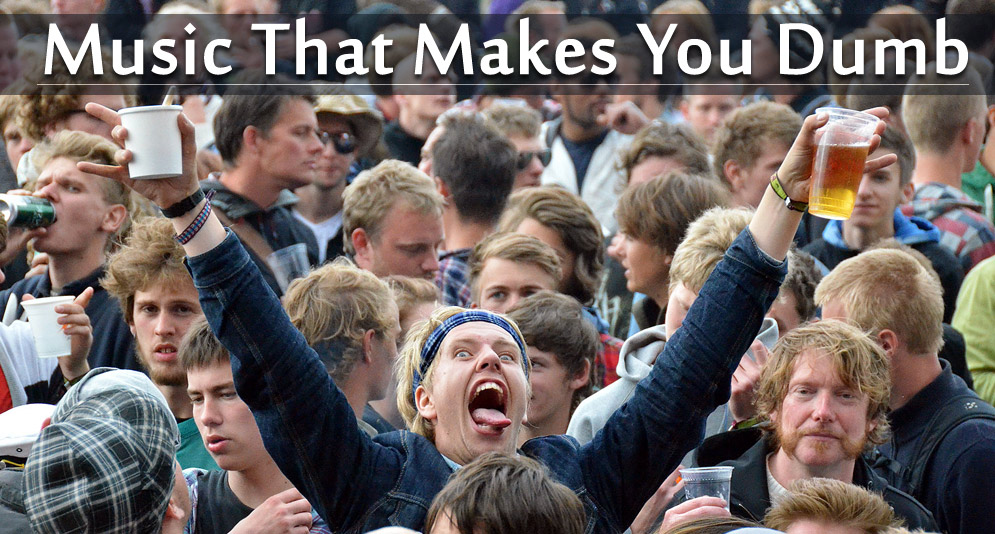 Music That Makes You Dumb

According to a clever Caltech grad student, Einstein would have Beethoven on his iPod while less intelligent people may be rocking out to Lil’ Wayne.

The Ph.D candidate started by asking the question: “[can] one's musical tastes say something about intelligence?”

To answer this question, Griffith compared the average SAT/ACT scores of colleges students with the college’s Network Statistics page on Facebook that tracks “favorite music.”

What he found is smarties listen to bands like Radiohead, Sujifan Stevens, and Counting Crows.  Mental midgets enjoy Beyoncé, T.I., and The Used.

A retort many make after reading Griffith’s work is he’s found a correlation, not a causation.

If we put our objections aside, and view the list as a bit of fun, we’re left with “smart music” and “dumb music.”

And that's what Virgil Griffith did. He plotted on a graph the average SAT score (with standard error) for the 133 most popular entries for "favorite music" on facebook. Here's how it breaks down:

Beethoven may be the soundtrack for intellectuals, but the same can’t be said of classical music.  It’s in the middle of the pack.  The genre favored by SAT whizzes is country. Jazz seems to be on the wrong end too.

Returning to Griffith’s original question, and assuming SAT scores is a measure of brainpower, musical taste does say something about intelligence, but we didn’t need an analysis to tell us that.

Smart people generally possess patience, attention to detail, and the appreciation of subtleties.  Those traits typically gravitate toward works of art that are more complex, textured, and subtle—we’ve just described every Radiohead or Beatles album. 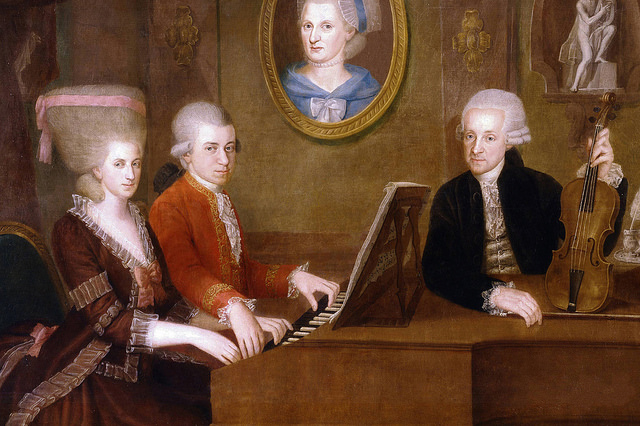 Perhaps the most famous example of music and intelligence is the so-called Mozart Effect.  That phenomenon says one can improve their intelligence by listening to the music of Mozart.

The Mozart Effect is certainly false.

Scientists have been unable to consistently duplicate the results.  Also, it’s unclear if his music increases intelligence or just improves one’s mood and alertness thus making it appear as if one has grown smarter.

Even though his tongue was firmly planted in cheek, Griffith is not the first researcher to look at music and intelligence.  For decades, scientists have seen a correlation between musical training and IQ.

Anecdotal evidence tells us this is the case.  Honor students pick up violins and cellos.  Vanilla Ice proclaimed “Yo, VIP, let's kick it!”

Recent research has shown that musical training can improve skills like memory, spatial learning, and language skills.  For young people, musical training may prolong the development of the sections of the brain that handle auditory input.

In other words, musical training can, for young people, help them learn a second language quicker than they would without it.

Of course, the above benefits are the results of musical training.  Learning an instrument, and studying composition, has profound effects on the individual, especially if the individual is young and still developing.

As for just listening to music, there’s no credible evidence that it improves intelligence.  It may improve your mood, focus, or level of relaxation, but it won’t affect your IQ.

So, go ahead and spin Aerosmith, Respighi, or anything in between. It probably won't make you any dumber (or smarter).