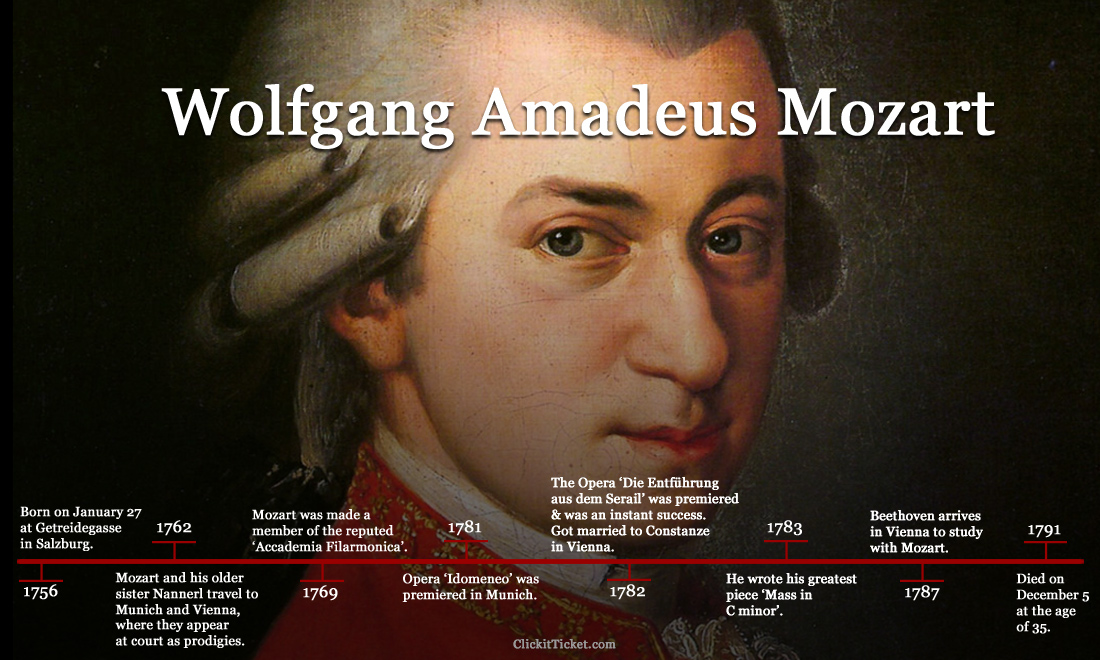 Mozart was born in Salzburg.  While still in singe-digits, Mozart toured Europe astonishing royals and other dignitaries with an amazing talent for playing the keyboards.

The child prodigy went on to compose works that received praise from the most influential, and important, composer of the classical era.

Her name was Maria Anne Mozart.

The composer who appreciated Maria Anne Mozart's compositions was her brother, Wolfgang Amadeus Mozart.  He spoke highly of his big sister's work in letters to her.  Sadly, none of her compositions have survived.

Sexism of the 18th century, and an overbearing father, halted Maria Anne's musical evolution when she reached marrying age.

If one parses Mozart family history, one might conclude that Wolfgang Amadeus, who was described by conductor Charles Dutoit as “the summit of creation,” may not have been the best musician/composer in his own family.

That's quite a profound statement when you consider that The NPR Listener's Encyclopedia of Classical Music claims Mozart's creative output to be “a zenith of Western culture.”  Not Western music, mind you, but all of Western culture!

Some of Mozart's most memorable compositions include: 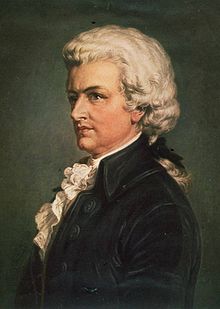 Mozart's music is so enduring, and so significant, that many believe listening to it can make you smarter.  The phenomenon is called “The Mozart Effect.”

It started when a poorly conducted studied claimed Mozart's music helped college students do better on tests.  Despite no additional proof, the story inspired a slew of would-be helicopter parents to play copious amounts of Mozart to their unborn children.

Actress Helena Bonham Carter asserted that Mozart, as well as other classical composers, made her kids “unbelievably smart.”

If a study, regardless of the institution's reputation, suggested that you can become smarter by listening to any other kind of music, we would have dismissed it outright.  Mozart improving intelligence just makes sense.

For many causal classical music fans, most of what they know about Mozart came from the play, and its cinematic adaptation, Amadeus.

While a great film, it's more drama than documentary.  Playwright Peter Shaffer greatly fictionalized the relationship between Mozart and Antonio Salieri.

Historians believe the two men may have had a rivalry, but their relationship was also built on mutual respect.  In fact, Salieri taught music to one of Mozart's kids.

Most, to all, of Mozart's contemporaries not only appreciated his music, but realize it was different—in the same way people realized the music of The Beatles was different.
Besides the truth, the greatest tragedy of the film Amadeus is Mozart's temperament.  He was not the dithering fool portrayed by actor Tom Hulce.

Mozart was cosmopolitan, erudite, and mature.  He was a serious artist who was a keen observer of the human condition.  The composer travelled extensively as a young child and was highly educated, thanks to his father, Leopold Mozart.

Also, and this will soothe struggling composers, Mozart did not write perfect pieces of music in one sitting. There are multiple manuscripts proving that Mozart wrote drafts and made extensive revisions.

Mozart as a Child 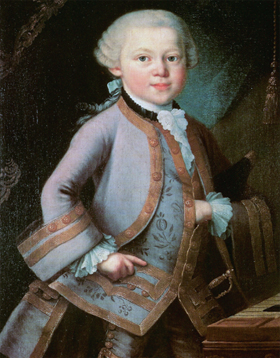 Mozart as a child courtesy of Wikipedia

What's not a myth is the musical prowess of Mozart as a child.

He performed for the first time when he was five years old.  As a child, he excelled at the keyboards and played a mean violin.

Depending on which scholar you ask, Mozart began composing when he was four or five although the works were transcribed by his father.

Despite his talent, his sister, nicknamed Nannerl, often received top billing—more fodder to the notion she may have been the better musician.

She said that her brother picked up the keyboard with ease, and from the start, played flawlessly and in perfect time.

Mozart's bona fide status as one of the greatest child prodigies of all-time has lead some to cite him as proof of reincarnation.

How else could Mozart have mastered the keyboards at such a young age?

Take the claim however you want, but it again highlights Mozart's musical mastery.  He was a natural.

An aspect of Mozart's life that is relatively unknown is how much he struggled to find employment as a musician/composer that was on par with his talent and creativity.

There were several times during his life when he struggled to find any type of work.

Mozart did experience periods of financial prosperity but was greatly affected, like a lot of musicians of the era, by the Austro-Turkish War.

The conflict diminished everyone's pocketbook and the aristocracy's ability to patron the arts.

There's been considerable debate surrounding his death.  Some theorized Mozart was poisoned.  While the suggestion is sensational, it's widely discredited by researchers.

The exact cause of Mozart's death is unknown although more than 100 causes have been postulated.  Suggestions include everything from a rare kidney ailment to trichinosis.

In the movie Amadeus, Mozart's burial was portrayed as a sad and lonely event.  In truth, his burial was appropriate for someone of his station and epoch.

Much as it is for current popular musicians who leave this mortal coil, Mozart's reputation rose in the immediate wake of his demise.

Titles of Mozart's compositions are often followed by a “K” or “KV” and then a number.  The letter(s) and numbers refer to a comprehensive catalog of Mozart's work made by Ludwig von Köchel in 1862.

Köchel's catalog attempts to list Mozart's works in chronological order.  His rundown of Mozart's 600-plus works has been revised three times to reflect updated research. 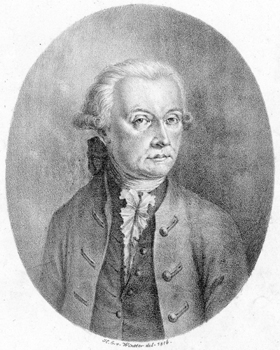 Mozart's father was a successful musician and composer of modest renown.

He wrote a well-received text book that was widely reprinted and translated into several languages.

It was published the same year as Wolfgang was born.

Modern day opinions may charge Leopold with exploiting and monetizing his children, especially Wolfgang, but letters reveal that he believed he had an obligation to showcase his son's talents to the world.

Despite his devotion to son, Leopold frequently found himself at odds with Wolfgang.  His daughter, however, was dutiful and obedient.

In a decision that still baffles researchers, Leopold raised his daughter's son (his grandson).

These are general works about the composer.
More specific references can be found on the pages that discuss the various works.