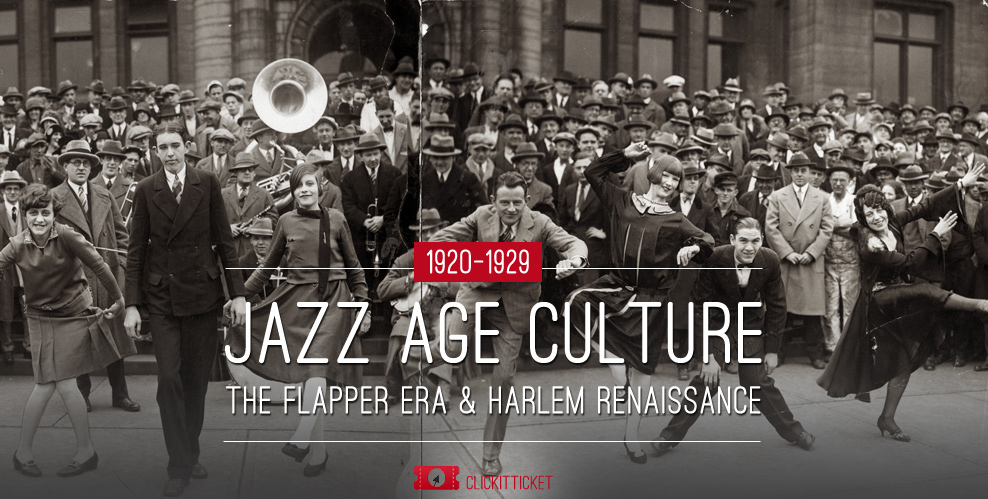 "Hip flasks of hooch, jazz, speakeasies, bobbed hair, 'the lost generation.' The Twenties are endlessly fascinating. It was the first truly modern decade and, for better or worse, it created the model for society that all the world follows today." (from Kevin Rayburn, "Two Views of the 1920s.")

For most, a “flapper” is a merely a young woman from the 1920s. Unfortunately, her significance and importance has been forgotten. She's been regulated to nothing more than an inspiration for Halloween costumes.

Yet, remembering “flappers” illuminates the changing mores of Western culture after World War I. Flappers were a major part of the decade of the 1920s. The same decade that laid the foundation of our “modern” society.

Women of the 21st century, and in many regards men, owe a huge debt to the flappers. They proved that “well-behaved women seldom make history.”

What does it mean when we say “flapper?”

The word likely originated as a description of a young bird learning to fly and then used to described young women in general.

In England, the word “flapper” has referred to both a “young girl” (whose pigtail flapped around) and a “prostitute.”

By the end of the 19th century, the English used “flapper” to describe prostitutes and as a derogatory remark for a young woman.
The word appeared in print as early as 1903.

In 1920, the movie The Flapper portrayed a character that we'd now consider the epitome of the term.

Beyond the simple “young woman of the 1920s,” a flapper can also be defined by her fashion, attitude, and technology. Those areas were shaped by the three great events of the second decade of the 20th century: World War I, 1918 flu pandemic, and Prohibition.

Flappers wore knee-length dresses that seldom had sleeves. By today's standards, such a frock is tame. In 1920s, it was radical.

Tastemakers had a lot to do with the simple silhouette casted by the flappers' frock. Another influence was the ease at which these dresses could be made. Women of modest means and talent were able to sew flapper dresses at home.

While class distinctions were eroding in the 1920s, wealthy women still wore elaborate, ornate dresses and poor women were left to window shop. Nonetheless, a large swarth of women between those extremes were able to be fashionable.

It should be noted that flapper apparel was unrestrictive. It allowed them to move (and for that matter breathe).

For men, it's odd to think about clothes prohibiting movement, but in the 1920s, women had only recently abandoned the corset.

When we write that flappers wore unrestrictive garb we're not being figurative. Literally, Flappers wore garments that allowed them to be mobile and participate in the same activities as men. 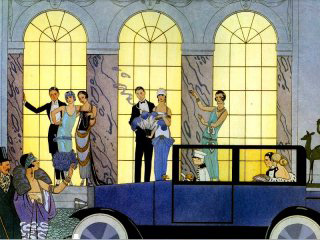 Flappers showed disdain for convention, tradition, and authority. They drank, smoke, and were causal about sex. They rejected Victorian gender roles that shackled their mothers and grandmothers.

Part of their attitude was a reaction to 100 million people (depending on what numbers you use) that died in World War I and from the 1918 flu pandemic.

Basically, five percent of the world's population died in a five-and-a-half-year period. Flappers learned first-hand the fragility of life. They decided to live in the now and have as much fun as possible.

Many women worked in factories during World War I and didn't want to return to homemaking. Some were landing careers in the historically male dominated fields of medicine, law, and aviation.

A booming economy, and the rise of consumerism, also shaped flapper's progressive attitudes. Women had disposable income and companies had products to sell them.

In the United States, Prohibition was extremely unpopular and fostered a spirit of unlawfulness. It was “cool” to break the law and drink.

Finally, women received the right to vote in 1920. That inspired flappers to seek the same economic, political, and sexual freedoms as men.

Flappers coincided with the rise of jazz, the dominate popular music of the 1920s.

Jazz was the perfect soundtrack for flappers, the roaring twenties, and the general excesses of the decade. The music was new, exciting, and drenched in possibilities.

Since the beginning of the 20th century, popular music and technology have been linked. The rise of Jazz was also connected to advances in technology.

Jazz artists utilized the relatively new phonograph to promote their sound. Sure, phonographs were still a few years from being ubiquitous, but it definitely helped the genre gain popularity.

One such recording artist was Bessie Smith. Smith was not only a favorite amongst flappers, and a woman who embodied the attitude of the 1920s, she also inspired legends like Billie Holiday and Janis Joplin.

Another technological advancement to the flapper lifestyle was the proliferation of the automobile. The car allowed women to leave the home and explore their world.

Although he was not a flapper, F. Scott Fitzgerald certainly helped popularize the movement.

Contrary to popular belief, Dorthey Parker was not a flapper. She criticized the fad in “Flappers: A Hate Song.”

Flappers didn't fade away. They vanished in the blink of an eye. The cause of their hasty departure was the Wall Street Crash of 1929.

The extravagances that flappers enjoyed in the 1920s were gone as quickly as they came. The economic conditions of the Great Depression meant overconsumption was over.

Flappers, as well as the world, had to make do with less. There was no money for fashion, alcohol, or jazz. By 1934, all remnants of flapper fashion were gone from the popular culture landscape.

While they were around, flappers laid the foundation for further advancements in feminism and women's rights. Say what you will about them, but at least they made history. 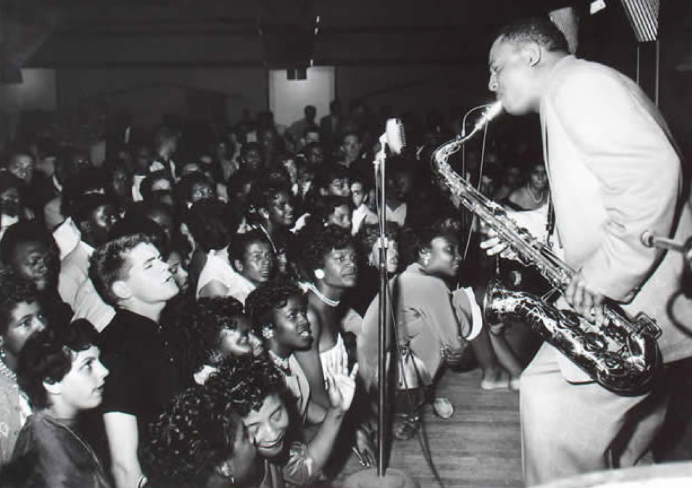 "Harlem was not so much a place as a state of mind, the cultural metaphor for black America itself." (from Henry Louis Gates Jr., Rhapsodies in Black, 1997)

Like the name suggests, the Harlem Renaissance was based in New York City. Harlem is a neighborhood in the borough of Manhattan.

The African American artists and intellectuals that participated in the Harlem Renaissance had parents and grandparents that likely experienced slavery, the Reconstruction, and the Great Migration. These harsh realities greatly influenced their works. 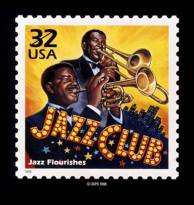 The literature, poetry, and music produced by the Harlem Renaissance uplifted African Americans. Using the parlance of the day, the movement's aim was to create a “New Negro.”

Through art, the Harlem Renaissance challenged racism and stereotypes. It moved African American culture out of the country and into the city.

The Harlem Renaissance had no set artistic parameters. Its main thrust was dignity, promoting integration, and supporting progressive politics.

The lack of a clear artistic structure hurt the renaissance from within. There were African American intellectuals who disapproved of how some artists of the Harlem Renaissance depicted the black experience. To put it another way, high art clashed with low art.

African Americans fueled the Harlem Renaissance both artistically and commercially. White Americans participated on the periphery through admiration and patronage.

Unfortunately, there were some white Americans drawn to the Harlem Renaissance by white guilt and “primitivism.”  Primitivism is believing a culture is “primitive” and then experiencing that “primitive culture” because it's an oddity.

Many modern scholars and intellectuals look at the Harlem Renaissance as a failed American experiment—a failed civil rights movement.

Certainly, scholars and intellectuals can debate the efficacy of the Harlem Renaissance's politics. What's not up for debate is the art the movement produced that continues to inspire and enlighten Americans of every ilk.

Names associated with the Harlem Renaissance include: