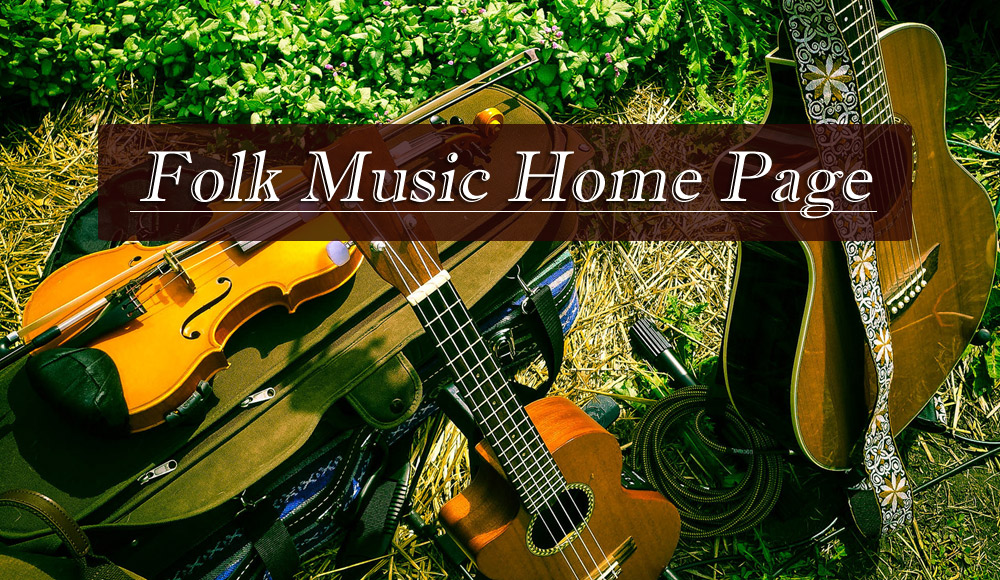 In the broadest sense, folk music is music of the people.  The word "folk" is derived from the German word "volk" which means people.

Although there are exceptions, one can say that any music that's not art music (i.e. classical music) is folk music.

hat means genres like rock, hip hop, and heavy metal are "folk music" or music of the people.

Of course, classifying those genres of popular music as "folk music" is seldom done and has few benefits.  What is more widely viewed as "folk music" is local/indigenous music that has endured the test of time, been orally transmitted, and whose composers are unknown.

Under this definition, we have music associated with specific geographical regions and their corresponding culture such as bluegrass, hambo, hula, klezmer, musette, skiffle, and zydeco.

Also falling within this genre are traditional songs used for specific purposes, such as Christmas Carols, drinking songs, war songs, and sea shanties.

In the mid-20th century in North America, folk music experienced a major revival.  This revival was spearheaded by legends like Joan Baez, Bob Dylan, Woody Guthrie, and Pete Seeger.

Historians called this new type of folk music "contemporary folk music" or "folk revival music."  The other type, the type referenced above, is now referred to as "traditional folk music."

For the rest of this article, the term "folk music" refers to "contemporary folk music."

Folk music is dominated by the acoustic guitar and usually highlights one singer, or multiple singers harmonizing.

Folk songs are relatively simple.  They are frequently anchored by simple melodies and tell a relatable story about shared cultural experiences.

There's a lot of country music in folk music and it's typical for artists to play both genres. 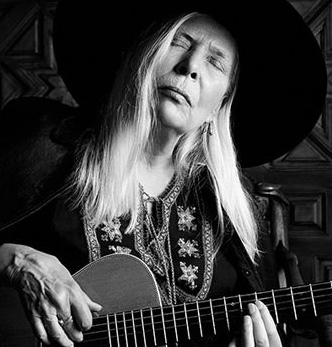 Here is a list of selected popular folk artists:

Due to its popularity and low technological demands, folk music is perfect for the festival format.  Below are some of the biggest, and most popular, folk music festivals in the world.

This world-renowned festival is held in late July in Newport, Rhode Island. 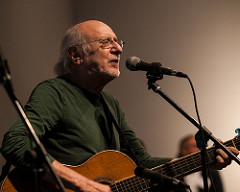 Itunes, Pandora, SoundCloud, Slacker Radio, and Amazon Music are just a few of the place you can visit to stream or download folk music.

If you're looking to add to your physical folk music collection, and you don't know where to start, we have some suggestions for you.

Below, are ten of the best folk albums of all-time. 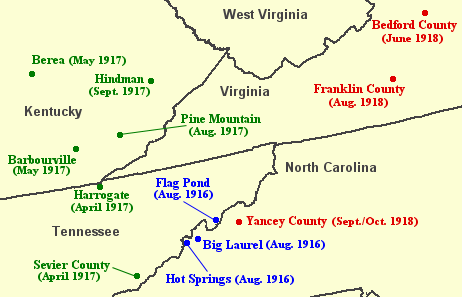 Locations in Southern and Central Appalachia visited by the British folklorist
Cecil Sharp in 1916 (blue), 1917 (green), and 1918 (red). Sharp sought "old world"
English and Scottish ballads passed down to the region's inhabitants from their
British ancestors. He collected hundreds of such ballads, the most productive
areas being the Blue Ridge Mountains of North Carolina and the Cumberland
Mountains of Kentucky. By Brian Stansberry using a U.S. National Atlas
template via Wikimedia Commons

Folk music is so important to our cultural heritage that like-minded individuals have banded together to promote and preserve it.  Below, are ten of the most prominent folk music organizations.
Brandywine Friends of Old Time Music
Since 1972, BFOTM has been preserving traditional American music through the performance of bluegrass and other old-time music genres.

The ICTM is a scholarly organization that consults UNESCO.

The Portland FolkMusic Society
The PFS sponsors a wide variety of events that promote folk music in Portland, Oregon.

Susquehanna Folk Music Society
The aim of the SFMS is to advance traditional, contemporary, and international folk music and folk culture.

Obviously, the acoustic guitar and the singer are the backbone of folk music.  The genre, however, utilizes the timbres of many different types of instruments.

Here are ten instruments that are frequently used by folk musicians.

Accordion – The accordion can be heard in folk music as well as Cajun and klezmer.

Banjo – The banjo is very popular in bluegrass music. 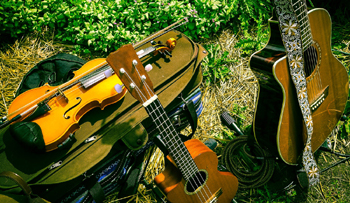 Dulcimer – Although it has features you'd expect in an acoustic guitar, dulcimers are actually members of the zither family.

Fiddle –  Fiddles and violins are technically the same instrument.  Yet, folk musicians use a different technique than their classical counterparts.

Harmonica – The most portable of all folk instruments is the harmonica.  This instrument is also known as a mouth harp.

Jug – Jugs used in folk music are generally the stoneware kind and are played like a brass instrument.

Ukulele – There are four sizes of ukuleles: baritone, concert, soprano, and tenor.

Washboard – A folk musician plays the washboard by tapping the metal surface in an up-and-down motion.

A Freewheelin' Time: A Memoir of Greenwich Village in the Sixties Paperback
Suze Rotolo

The Mayor of MacDougal Street: A Memoir
Dave Van Ronk

100 Books Every Folk Music Fan Should Own
Dick Weissman

Another way to connect with the folk music community is through podcasts.  Here are ten programs that focus all, or most, of their energies on folk music.