Booking your Tribal Seeds tickets here is easy and secure. Either choose the Tribal Seeds concert above to purchase them online, or call us at 1-866-837-0608.

You can search the times and dates in the tour schedule above to find the specific Tribal Seeds concert you want to attend.

Click on the red 'View Tickets' button to see all the available seats for that Tribal Seeds show, along with an interactive seating chart that will help you locate the best seats for your price.

You'll have to choose how many tickets you want to purchase for the Tribal Seeds concert tour, and then you'll be brought to our secure checkout.

Shipping/Delivery Information for Tribal Seeds Tickets:
You can choose either standard or express delivery and you can specify special delivery instructions if necessary. Your live music concert tickets will be shipped to you using Federal Express.

Also, some tickets to the Tribal Seeds tour may be available for immediate download as e-tickets, or electronic tickets, that you can print right from your device.

What should you expect at a Tribal Seeds concert? You should expect great music, amazing musicianship, and dancing. The band provides the first two. You get to provide the third. Of course, you can’t dance unless you have Tribal Seeds tickets. To ensure that you’re at the next Tribal Seeds tour stop purchase tickets from Clickitticket.

`Clickitticket has the largest selection of Tribal Seeds tickets on the internet. Our checkout process is easy to use and completely secure. All of our transactions come with a 100% satisfaction guarantee. You’ll definitely be at the next Tribal Seeds show if you use Clickitticket.

Who Are Tribal Seeds?

Tribal Seeds are an award-winning band from California. They released their first album, Youth Rebellion, in 2005. Since the beginning, Tribal Seeds have operated independently.

Are Tribal Seeds A Christian Band?

To be accurate, Tribal Seeds are Rastafarians. Rastafari is a Jamaican version of Ethiopian Christianity.

What’s important for fans to know is the band is very spiritual and they express their spirituality in many of their songs.

Where Are Tribal Seeds From?

Tribal Seeds hail from San Diego, California. Of course, they tour all over North America.

What Genre Are Tribal Seeds?

As mentioned earlier, Tribal Seeds are a reggae rock band. Their sound is usually identified as “authentic.”

Tribal Seeds are one of the most influential and significant reggae rock bands performing today. Their recordings are quite successful on the reggae charts. 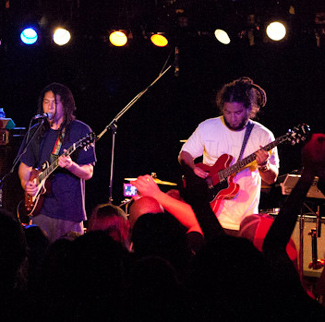