The Black Keys tickets can be purchased here where you'll discover a huge choice of affordable concert tickets.

Booking your The Black Keys tickets here is easy and secure. Either choose the The Black Keys concert above to purchase them online, or call us at 1-866-837-0608.

How to Buy The Black Keys Tour Tickets Here

You can search the times and dates in the tour schedule above to find the specific The Black Keys concert you want to attend.

Click on the red 'View Tickets' button to see all the available seats for that The Black Keys show, along with an interactive seating chart that will help you locate the best seats for your price.

You'll have to choose how many tickets you want to purchase for the The Black Keys concert tour, and then you'll be brought to our secure checkout.

Shipping/Delivery Information for The Black Keys Tickets:
You can choose either standard or express delivery and you can specify special delivery instructions if necessary. Your live music concert tickets will be shipped to you using Federal Express.

Also, some tickets to the The Black Keys tour may be available for immediate download as e-tickets, or electronic tickets, that you can print right from your device.

About The Black Keys

Akin to the White Stripes in some ways, but not so much in others, the duo of guitarist Dan Auerbach and drummer Patrick Carney that is the Black Keys like to keep the cord raw and the edges rough. They've been tagged with a blues-rock label, though that seems to only scratch the surface. 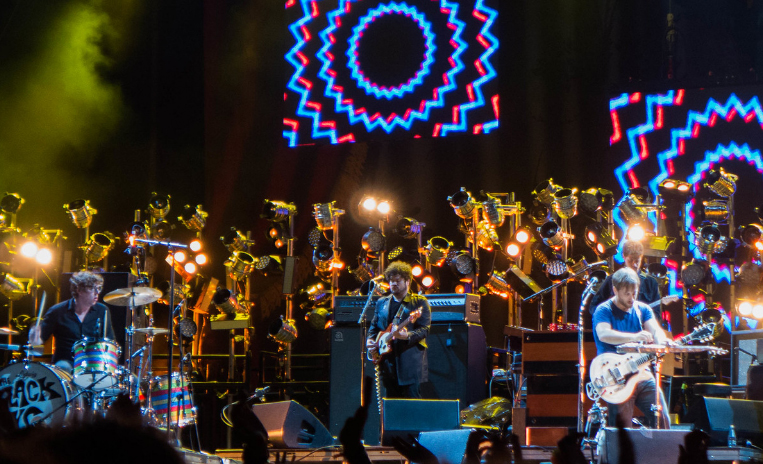 Hailing from Akron, Ohio, Auerbach and Carney formed the Black Keys and independently issued The Big Come Up as their 2002 debut. Critics looked upon the album favorably, as did music lovers. Fat Possum Records liked the set enough to get behind their second one, Thickfreakness in 2003. That effort was the result of a single 14-hour recording session. The Black Keys hit the road with Sleater-Kinney to support the release.

When 2004 rolled around, the Keys let Rubber Factory fly and found a much wider audience, due in part to the “10 A.M. Automatic” single. They followed that up with the Chulahoma EP and the Live concert DVD, both in 2005.

Nonesuch Records came calling, wanting in on the moodier Magic Potion in 2006. The extra promo and distribution muscle did well for the Black Keys, as their fan base kept expanding. Then, with Attack & Release in 2008, they really went for it by pulling in Danger Mouse to produce. The project was originally envisioned to include Ike Turner singing duets with the Keys, but he passed away prior to its completion.

Even without Turner, Attack & Release entered the Billboard Hot 200 within the upper reaches and continued their lucky streak with critics, as well. The album's accompanying tour was captured for the Live at the Crystal Ballroom DVD that same year.

In 2009, Auerbach stuck his toe in solo waters on Keep It Hid, while Carney initiated another band, Drummer. But they couldn't stop themselves from keeping the Black Keys motor running with Blackroc, a collaboration with Damon Dash.

Getting back to basics, but in a bold, brash fashion, the Keys dropped Brothers in 2010 and won themselves three Grammy Awards in the process. It was their first album to go gold. They stripped it down even more for El Camino in 2011, letting some of the blues slide away in favor of a more traditional rock sound. 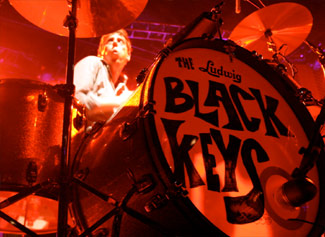