Slipknot tickets can be purchased here where you'll discover a huge choice of affordable concert tickets.

Booking your Slipknot tickets here is easy and secure. Either choose the Slipknot concert above to purchase them online, or call us at 1-866-837-0608.

You can search the times and dates in the tour schedule above to find the specific Slipknot concert you want to attend.

Click on the red 'View Tickets' button to see all the available seats for that Slipknot show, along with an interactive seating chart that will help you locate the best seats for your price.

You'll have to choose how many tickets you want to purchase for the Slipknot concert tour, and then you'll be brought to our secure checkout.

Slipknot ticket prices may be above or below face value and can fluctuate. You'll find cheap Slipknot tickets here at relatively affordable prices.

Shipping/Delivery Information for Slipknot Tickets:
You can choose either standard or express delivery and you can specify special delivery instructions if necessary. Your live music concert tickets will be shipped to you using Federal Express.

Also, some tickets to the Slipknot tour may be available for immediate download as e-tickets, or electronic tickets, that you can print right from your device.

Slipknot is a legendary heavy metal band from Des Moines, Iowa. The group formed in 1995 and released their self-titled, debut studio album in 1999. Slipknot is often categorized as “nu metal” but the band doesn’t like that label and refers to their brand of music as “metal metal.”

While Slipknot has experimented with their sound over the years, their songs are generally characterized by heavy guitars, a lot of percussion, turntables, and sampling. Their lyrics are usually dark, aggressive, and laden with profanities.

Slipknot is generally known for two things: concerts and masks. A Slipknot concert is a case study in energy, chaos, and mayhem. In their early shows, they would stage dive off of balconies and set each other on fire.

Lawyers put a stop to all that, but even today Slipknot tickets are a must-have for any fan wanting a life-altering shot of adrenaline and/or a forum to mosh.

As for their masks, each member wears a different one that has evolved from album to album. The masks, and the band’s matching jumpsuits, are a tongue-and-cheek reference to rock music being a commercial product.

Many have accused Slipknot of wearing masks as a gimmick. The band says that their masks put all the focus on their music and their live performances. They also like the anonymity that they provide.

Slipknot formed in Des Moines in the mid-1990s. In 1996, they self-financed their own demo but it failed to attract a recording contract.

In 1998, they released another demo. With the band’s sound more defined, this demo earned Slipknot a half-million, seven-album deal from Roadrunner Records.

Slipknot released their first album in 1999. Their second, Iowa, dropped in 2001. That was followed by Vol. 3: (The Subliminal Verses) in 2004, All Hope Is Gone in 2008, and .5: The Gray Chapter in 2014. In between albums the band would tour and then members would go their own way to pursue various side projects.

Each time, fans worried that the band was breaking up. Looking back on it now it’s clear that Slipknot likes to take hiatuses between albums and tours.

Tragedy struck Slipknot in May of 2010 when bassist Paul Gray died from an accidental overdosed on morphine. The group thought about disbanding but eventually realized that Gray would want Slipknot to continue.

The first major appearance by Slipknot after Gray’s death was their “Memorial World Tour” which launched in June of 2011. Slipknot also named their fifth album in honor of their fallen comrade. 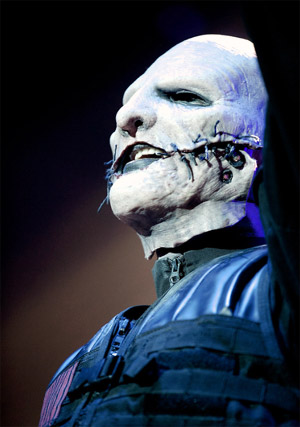