Shakira tickets can be purchased here where you'll discover a gigantic choice of affordable concert tickets.

Booking your Shakira tickets here is easy and secure. Either choose the Shakira concert above to purchase them online, or call us at 1-866-837-0608.

You can search the times and dates in the tour schedule above to find the specific Shakira concert you want to attend.

Click on the red 'View Tickets' button to see all the available seats for that Shakira show, along with an interactive seating chart that will help you locate the best seats for your price.

You'll have to choose how many tickets you want to purchase for the Shakira concert tour, and then you'll be brought to our secure checkout.

Shakira ticket prices may be above or below face value and can fluctuate. You'll find cheap Shakira tickets here at relatively affordable prices.

Shipping/Delivery Information for Shakira Tickets:
You can choose either standard or express delivery and you can specify special delivery instructions if necessary. Your live music concert tickets will be shipped to you using Federal Express.

Also, some tickets to the Shakira tour may be available for immediate download as e-tickets, or electronic tickets, that you can print right from your device.

In November of 2001, Colombian singer Shakira released her English-language breakthrough album, Laundry Service. The album peaked at number 3 in the United States as it went on to sell more than 13 million copies worldwide.

Her 2005 release, Oral Fixation Vol. 2, featured the song "Hips Don't Lie," which would become the best-selling single of the first decade of the 21st century. 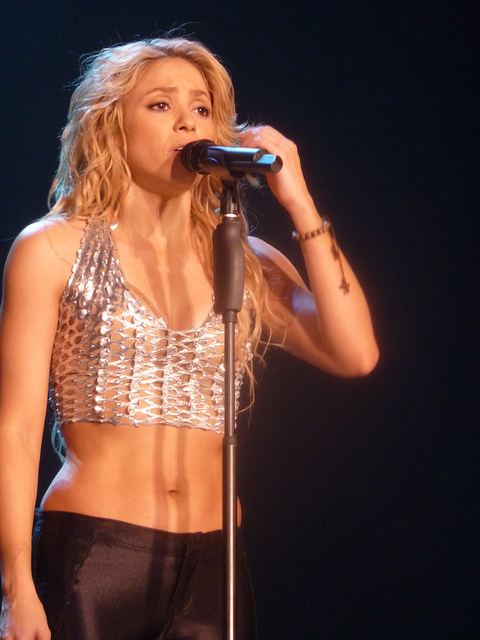 Shakira is a singer, songwriter, and producer that blends Latin music with elements of pop, rock and dance. She was born in Colombia in 1977 and besides her native Spanish language she also speaks fluent English and Portuguese.

At an early age, Shakira wrote poems and belly danced for friends and family. She was her parents' only child, but her father had eight kids from a previous marriage. Her full name is Shakira Isabel Mebarak Ripoll.

Released in 1996, Pies Descalzos is widely regarded as Shakira's first official album. She had released two albums in her native Columbia in the early 1990's. While they made her a minor celebrity in that country, they didn't sell well and Shakira was unhappy with their production.

Both Pies Descalzos and her follow up, ¿Dónde Están Los Ladrones? (1998), were hugely successful. The albums did quite well on the Latino charts and both sold millions of copies worldwide.

The album focused more on dance music and featured an appearance from Wyclef Jean as well as production from The Neptunes and Timbaland.

Shakira is also very involved in charity work. She has performed in a number of benefit concerts. Shakira has also been honored at the United Nations for her Pies Descalzos Foundation and appointed a Goodwill Ambassador by UNICEF. 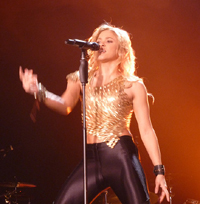