Queen tickets can be purchased here where you'll discover a massive choice of affordable concert tickets.

Booking your Queen tickets here is easy and secure. Either choose the Queen concert above to purchase them online, or call us at 1-866-837-0608.

You can search the times and dates in the tour schedule above to find the specific Queen concert you want to attend.

Click on the red 'View Tickets' button to see all the available seats for that Queen show, along with an interactive seating chart that will help you locate the best seats for your price.

You'll have to choose how many tickets you want to purchase for the Queen concert tour, and then you'll be brought to our secure checkout.

Queen ticket prices may be above or below face value and can fluctuate. You'll find cheap Queen tickets here at relatively affordable prices.

Shipping/Delivery Information for Queen Tickets:
You can choose either standard or express delivery and you can specify special delivery instructions if necessary. Your live music concert tickets will be shipped to you using Federal Express.

Also, some tickets to the Queen tour may be available for immediate download as e-tickets, or electronic tickets, that you can print right from your device.

On Nov. 23, 1991, Queen frontman, and one of the greatest lead singers in the history of rock and roll, Freddie Mercury, died from complications related to AIDS. With him, died the idea of Queen rocking into the 21st century. Mercury’s death was the end of an era but it wasn’t the end of Queen.

In the late 1990s and early 2000s the band employed a series of guest vocalists including Elton John, Luciano Pavarotti, and Robbie Williams.

From 2004 to 2009, Paul Rodgers, former vocalist for Bad Company, teamed with Queen—now just guitarist Brian May and drummer Roger Taylor. They toured as Queen + Paul Rodgers. 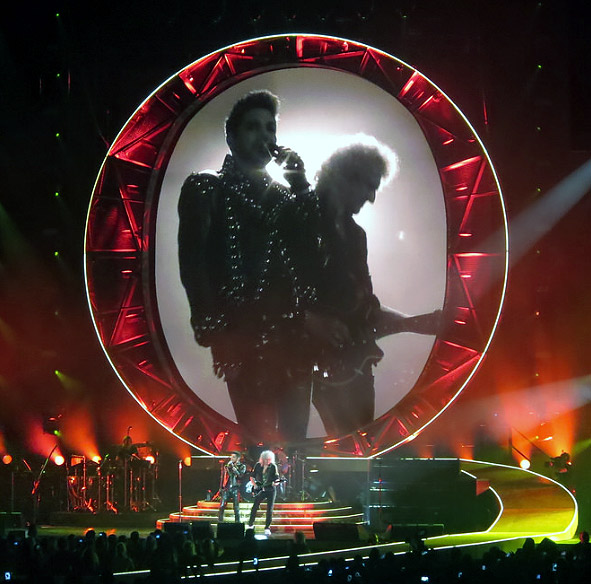 A similar billing occurred in 2011 when Queen tapped Adam Lambert to sing lead. Even though Queen tickets continued to be collected all over the world, some fans rejected the notion of May and Taylor continuing without Mercury (and in some respects John Deacon who retired from the business in 1997).

Regardless of where you stand on the issue, it’s clear that Queen, with Mercury, left such an indelible mark on rock and roll that fans can’t get enough of their music.

Queen was formed in 1970. Their lineup was established shortly before recording their self-titled debut album when John Deacon came aboard to play bass. The lineup would remain unchanged until Mercury’s death.

Queen is one of the bestselling artists of all-time and members of the Rock and Roll Hall of Fame.

Their sound included elements of rock, hard rock, and heavy metal upon which Mercury added his amazing vocals. The band’s music was theatrical, showy, and sometimes even operatic. The greatest example of Queen’s dynamic sound can be heard in their seminal single, “Bohemian Rhapsody.”

Yet, for all their flash and glam, Queen had heart. This heart was on display in 1985 when they performed at Live Aid. Everyone, from artists, critics, and rock fans, consider their appearance at Live Aid as the greatest rock performance of all-time. In 1990, Mercury recorded “The Show Must Go On.”

At the time, Mercury was so ill he could barely walk. Brian May wondered if he could even get to the microphone much less sing. Mercury not only managed to walk but he laid down a perfect lead vocal track. “The Show Must Go On” peaked at number two in the United States and received a Gold certification from RIAA.

Queen released their first album in 1973. They continued to consistently release albums throughout the 1970s including A Night at the Opera (1975) and A Day at the Races (1976).

The band hit its zenith in 1977 with the release of News of the World. That album contained the anthems “We Will Rock You” and “We Are the Champions.”

Queen followed with Jazz (1978) and The Game (1980). Some of Queen’s biggest hits include “You’re My Best Friend,” “Somebody to Love,” “Fat Bottomed Girls,” and "Crazy Little Thing Called Love.” 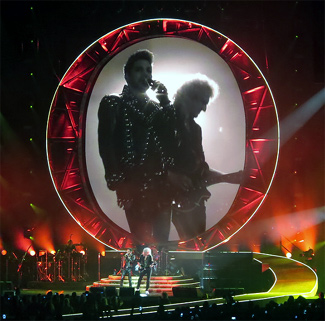