Pink tickets can be purchased here where you'll discover a huge choice of affordable concert tickets.

Booking your Pink tickets here is easy and secure. Either choose the Pink concert above to purchase them online, or call us at 1-866-837-0608.

You can search the times and dates in the tour schedule above to find the specific Pink concert you want to attend.

Click on the red 'View Tickets' button to see all the available seats for that Pink show, along with an interactive seating chart that will help you locate the best seats for your price.

You'll have to choose how many tickets you want to purchase for the Pink concert tour, and then you'll be brought to our secure checkout.

Pink ticket prices may be above or below face value and can fluctuate. You'll find cheap Pink tickets here at relatively affordable prices.

Shipping/Delivery Information for Pink Tickets:
You can choose either standard or express delivery and you can specify special delivery instructions if necessary. Your live music concert tickets will be shipped to you using Federal Express.

Also, some tickets to the Pink tour may be available for immediate download as e-tickets, or electronic tickets, that you can print right from your device.

Pink has been called the "Hank Aaron of divas." She's never hit 50 round trippers in a year but she's still one of the all-time leaders in home runs. For more than a decade, Pink has been one of the world's top pop singers without ever being "The One."

Since her debut single "There You Go" dropped in 2000 Pink has trailed one diva or another: Brittany Spears, Christina Aguilera, Beyonce, Carrie Underwood, Taylor Swift, Katy Perry, Adele, Rihanna, and Lady Gaga. While the careers of those divas have ebbed and flowed, Pink's musical output has been consistently very good. 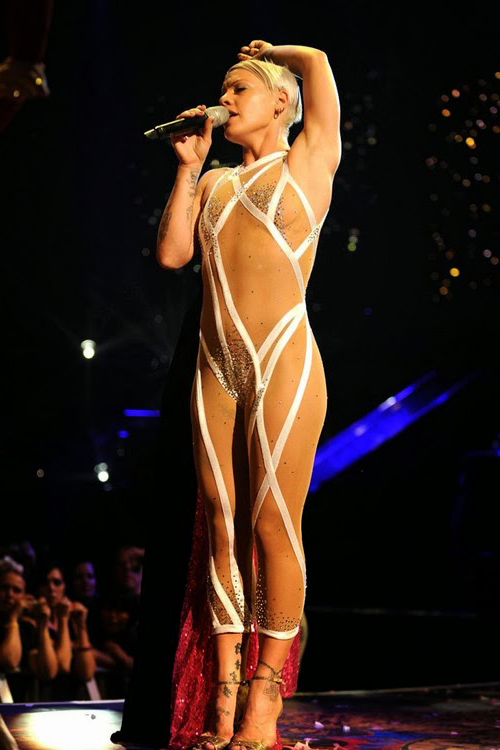 Pink has sold more than 40 million albums and 70 million singles. She's released five top ten albums and 12 top ten singles. Billboard named her the artist of the decade for the 2000s. On her mantle sits three Grammy Awards as well as a slew of other trophies.

She has also established herself as one of the best live performers in business. Pink tickets are coveted by fans all over the world and her shows consistently sell out. In 2009, the Australian leg of her "Funhouse Tour" drew more than 660,000 fans and grossed more than $60 million. Needless to say it was a record-setting trek of the land down under.

Pink has an impressive resume yet she's always played second fiddle. This phenomenon has prompted many music critics to dub her the "most underrated pop star of all-time." The reason why she's overrated is quite simple.

It's not a matter of fans (she clearly has enough to hang with the previously mentioned divas). It's a matter of diversity. Pink is so successful at so many genres that the press doesn't know what to do with her. She's not a pure pop singer nor is she a pure rock star.

Pink is an amalgamation. She can be as classy as Beyonce and Adele or as outrageous as Katy and Lady Gaga. She can out sing Brittany; she's more artistic than Carrie; and she's more relatable than Christina. Her music is more substantial than Taylor's but she can be as frivolous as Rihanna.

No one can outperform her and no one more is more courageous. Pink's music and style is definitely hard to describe apart from accolades like "great," "amazing," and "legendary."

Pink was born Alecia Beth Moore in 1979. She grew up in Doylestown, Pennsylvania. Her first stint as a performer wasn't on the stage but in the gym. Pink was a gymnast for a large part of her childhood. When she realized the Olympics wasn't going to be a part of her future she turned to music.

She grew up singing at home and writing song lyrics as a hobby. When she was just 14, Moore began singing in clubs all over Philadelphia. It was around this time that she picked up the nickname "Pink."

At age 16, she joined an all-girl group called Choice. They never released an album but one of their songs appeared on the soundtrack to the film Shazaam. 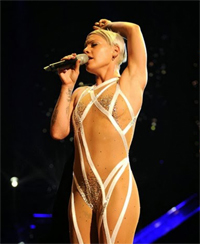