Booking your Paul McCartney tickets here is easy and secure. Either choose the Paul McCartney concert above to purchase them online, or call us at 1-866-837-0608.

You can search the times and dates in the tour schedule above to find the specific Paul McCartney concert you want to attend.

Click on the red 'View Tickets' button to see all the available seats for that Paul McCartney show, along with an interactive seating chart that will help you locate the best seats for your price.

You'll have to choose how many tickets you want to purchase for the Paul McCartney concert tour, and then you'll be brought to our secure checkout.

Shipping/Delivery Information for Paul McCartney Tickets:
You can choose either standard or express delivery and you can specify special delivery instructions if necessary. Your live music concert tickets will be shipped to you using Federal Express.

Also, some tickets to the Paul McCartney tour may be available for immediate download as e-tickets, or electronic tickets, that you can print right from your device.

Sir Paul McCartney sits at the pinnacle of popular music. He's the most successful musician and composer the world has ever seen.

He's achieved legendary success as a member of The Beatles, Wings and as a solo artist. 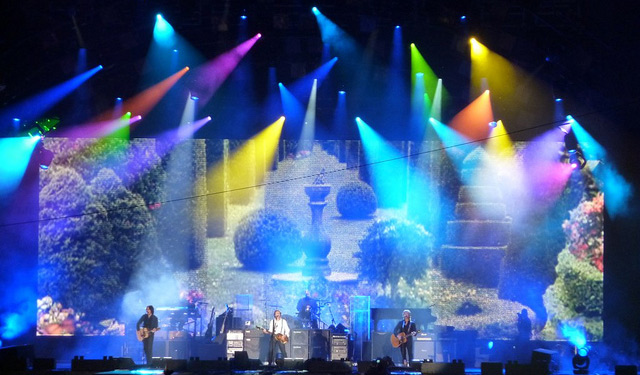 McCartney is also the subject of one of rock and roll's greatest jokes. The joke goes as follows: "A daughter walks up to her father and asks, 'Daddy, was Paul McCartney in a group before Wings?'"

McCartney was bone June 18, 1942 in Liverpool, England. His mother died when he was 14 and his father played trumpet and piano in a local jazz band. Paul's father gave him a nickel-plated trumpet but once the skiffle craze hit the island he traded it for a Framus Zenith acoustic guitar.

When McCartney was 12 he met George Harrison on a bus and when he was 15 he met a kid by the name of John Lennon. The three began playing music together and by the time 1960 arrived they were performing under the name The Beatles. 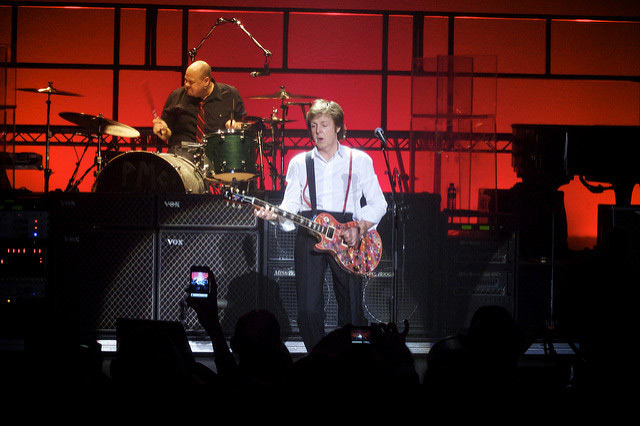 Macca at the Hammersmith Apollo 2010

Early in their Beatles' careers McCartney and Lennon agreed to share songwriting credit. So their songs may say they were composed by Lennon/McCartney but they can actually be attributed to one or the other. Some of MCartney's most famous Beatles songs are "Yesterday," "Fool on the Hill," "Hey Jude," and "Let It Be." Incidentally, "Yesterday" is the most covered song in popular music history.

The Beatles officially broke up when Sir Paul's solo album, McCartney, was released in 1970. The following year, McCartney released another solo effort, this time with his wife Linda Eastman, called Ram. Also in 1971, Paul and Linda formed Wings with guitarist Denny Laine and drummer Denny Seiwell.

Wings would be a force in popular music throughout the 1970's. Some of Wings biggest hits are "Band on the Run," 'Jet," "Live and Let Die," "Silly Love Songs," and "My Love." 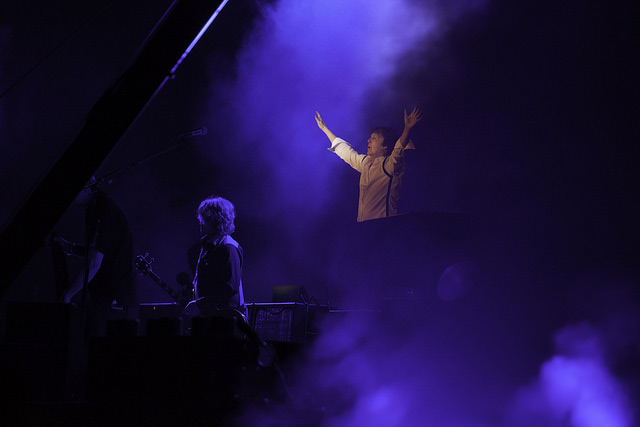 Paul McCartney - Out There Concert

Besides his work with the Beatles and Wings, McCartney has also recorded with Stevie Wonder, Michael Jackson, and Elvis Costello. As you might imagine from someone of McCartney's ilk, he's played a plethora of big time concerts throughout his career.

Some of the most famous include Live Aid, Live 8, The Concert For New York City, halftime at Super Bowl XXXIX, and the first concert at the new home of the New York Mets, Citi Field.

In addition to being responsible for 32 number one singles, 60 gold discs, and selling 100 million singles, McCartney has also achieved success as a classical composer, poet, painter, film producer, activist and business man. In 1983, minor planet 4148 was named in his honor. McCartney is a supporter of the Everton Football Club. 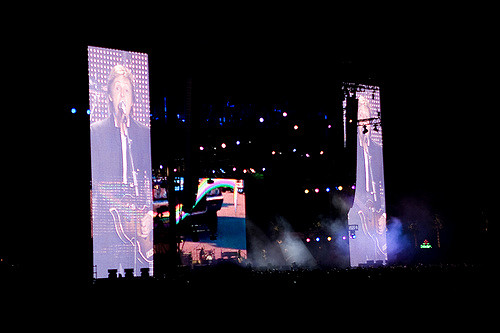 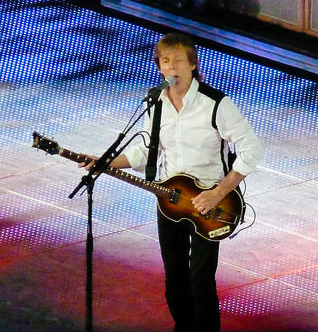