Booking your Nicki Minaj tickets here is easy and secure. Either choose the Nicki Minaj concert above to purchase them online, or call us at 1-866-837-0608.

You can search the times and dates in the tour schedule above to find the specific Nicki Minaj concert you want to attend.

Click on the red 'View Tickets' button to see all the available seats for that Nicki Minaj show, along with an interactive seating chart that will help you locate the best seats for your price.

You'll have to choose how many tickets you want to purchase for the Nicki Minaj concert tour, and then you'll be brought to our secure checkout.

Shipping/Delivery Information for Nicki Minaj Tickets:
You can choose either standard or express delivery and you can specify special delivery instructions if necessary. Your live music concert tickets will be shipped to you using Federal Express.

Also, some tickets to the Nicki Minaj tour may be available for immediate download as e-tickets, or electronic tickets, that you can print right from your device.

More Resources for You:
If Missy Elliot and Lil' Kim had a musical love child, they might well have named her Nicki Minaj. The Queens native backs Elliot-style rhymes with the sexy bombast of Kim to create her own style.

Discovered by Dirty Money Entertainment via her MySpace page, Minaj made quite an impression with that style. 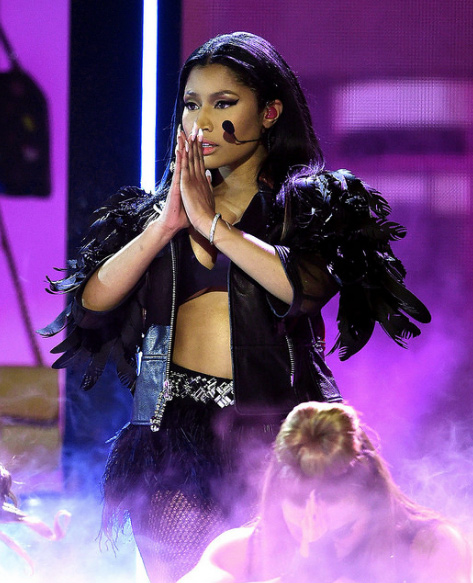 Though the sex appeal was inherent, Minaj fine-tuned her talent at the Fiorello H. LaGuardia High School of Music and Art (known widely as the inspiration for Fame). Dirty Money CEO Fendi put her in more than one issue of The Come Up, his urban DVD magazine.

One of those inclusions exposed Minaj to Lil Wayne who signed her up as an artist on his Young Money record label.

Using mixtapes, Wayne starting creating a buzz about Minaj. His own Dedication 3, as well as her Sucka Free, led the pack. Other artists started clamoring to get her on their remixes and so it was that Minaj found herself on tracks like T.I.'s "No Matter What" and Jeffree Star's "Cupcakes Taste Like Violence."

In 2008, Wayne guested on her “High as a Kite” cut and broke Minaj through. It was all enough to annoint her Female Artist of the Year at the Underground Music Awards. The following year kept the momentum going in the underground with Beam Me Up Scotty which gained attention from both MTV and BET.

Then, in 2010, Minaj issued singles in “Massive Attack,” “Your Love,” and “Check It Out” as leads into her official debut set, Pink Friday. Artists including Drake, will.i.am, Kanye West, and Rihanna all lined up to make cameo appearances on the album that went platinum within a month of release.

“Your Love” made it to number 14 on the Billboard Hot 100 even as it topped the rap chart. Minaj defied the laws of gravity and became the first woman ever named to MTV's Annual Hottest MC List and the first female artist to top the rap chart without having a male counterpart. 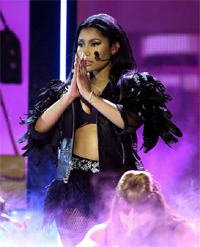