Maroon 5 tickets can be purchased here where you'll discover a gigantic selection of affordable concert tickets.

Booking your Maroon 5 tickets here is easy and secure. Either choose the Maroon 5 concert above to purchase them online, or call us at 1-866-837-0608.

You can search the times and dates in the tour schedule above to find the specific Maroon 5 concert you want to attend.

Click on the red 'View Tickets' button to see all the available seats for that Maroon 5 show, along with an interactive seating chart that will help you locate the best seats for your price.

You'll have to choose how many tickets you want to purchase for the Maroon 5 concert tour, and then you'll be brought to our secure checkout.

Maroon 5 ticket prices may be above or below face value and can fluctuate. You'll find cheap Maroon 5 tickets here at relatively affordable prices.

Shipping/Delivery Information for Maroon 5 Tickets:
You can choose either standard or express delivery and you can specify special delivery instructions if necessary. Your live music concert tickets will be shipped to you using Federal Express.

Also, some tickets to the Maroon 5 tour may be available for immediate download as e-tickets, or electronic tickets, that you can print right from your device. 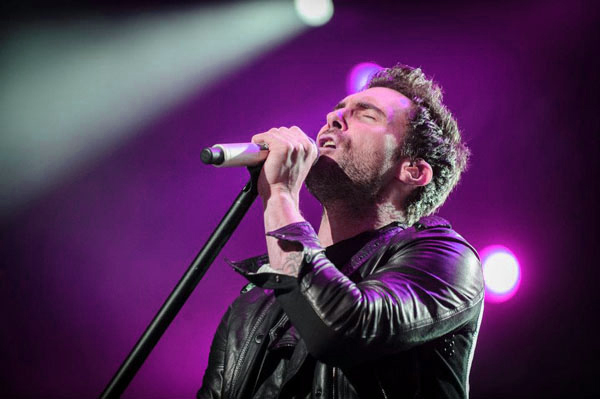 Valentine was added in 2001 to allow Levine to be the band's frontman. Maroon's original drummer was Ryan Dusick, but he left in 2006 after the rigors of touring proved too much for him to endure.

The band's first album as Maroon 5 was 2002's Songs About Jane. It contained several hit singles like "Harder To Breathe," "Sunday Morning," "This Love," and "She Will Be Loved." On the strength of that album the band won the 2005 Grammy Award for Best New Artists. 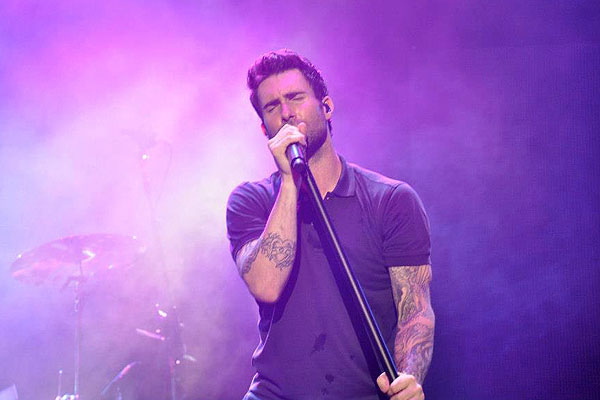 Songs About Jane was followed by It Won't Be Soon Before Long, released in 2007, and Hands All Over released in 2010. Together the band has sold over 15 million albums worldwide.

Maroon 5 has tour quite extensively throughout their career. They have been on the road with The Hives, New Found Glory, Counting Crows, Sara Bareilles, and The Rolling Stones.

In 2005, they performed at the American Film Institute's tribute to George Lucas. The filmmaker personally selected Maroon 5 because they were his kids' favorite band. 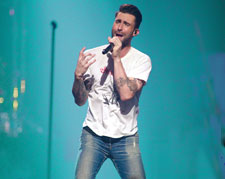