Booking your Marilyn Manson tickets here is easy and secure. Either choose the Marilyn Manson concert above to purchase them online, or call us at 1-866-837-0608.

You can search the times and dates in the tour schedule above to find the specific Marilyn Manson concert you want to attend.

Click on the red 'View Tickets' button to see all the available seats for that Marilyn Manson show, along with an interactive seating chart that will help you locate the best seats for your price.

You'll have to choose how many tickets you want to purchase for the Marilyn Manson concert tour, and then you'll be brought to our secure checkout.

Shipping/Delivery Information for Marilyn Manson Tickets:
You can choose either standard or express delivery and you can specify special delivery instructions if necessary. Your live music concert tickets will be shipped to you using Federal Express.

Also, some tickets to the Marilyn Manson tour may be available for immediate download as e-tickets, or electronic tickets, that you can print right from your device.

How a kid went from being Brian Warner to being Marilyn Manson is a story for the ages. Originally from Ohio, the lad moved to Florida once he graduated from high school.

A love of music landed him a gig as a journalist, but then he went the way of the musician. 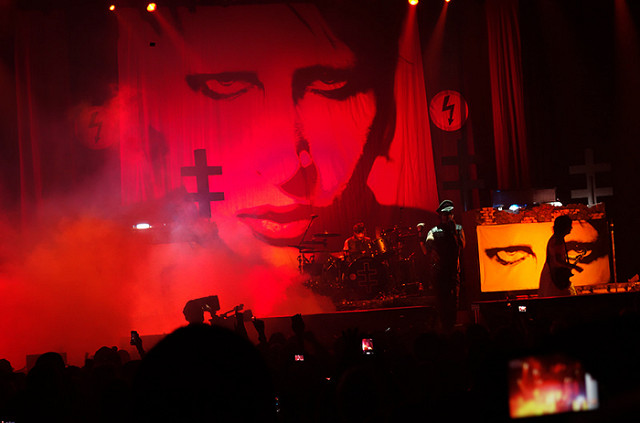 Teaming up with guitarist Scott Mitchell, who dubbed himself Daisy Berkowitz, Warner became Marilyn Manson. In no time, bassist Gidget Geinand and keyboardist Stephen Gregory Bier Jr. (known as Madonna Wayne-Gacy) had signed on and it was off to the goth races as Marilyn Manson & the Spooky Kids.

Local gigs and demo tapes got underway, eventually with drummer Sara Lee Lucas joining in the fun. South Florida loved them. So did Trent Reznor. In 1993, he signed the group to his label and put them in the opening slot for Nine Inch Nails. Manson and company's debut, Portrait of an American Family, dropped in the summer of 1994 with Jeordie White (aka Twiggy Ramirez) on bass.

With a bigger audience to impress and/or shock, Manson upped the performance art ante with all manner of on-stage antics. A cult following blossomed and the album went gold. 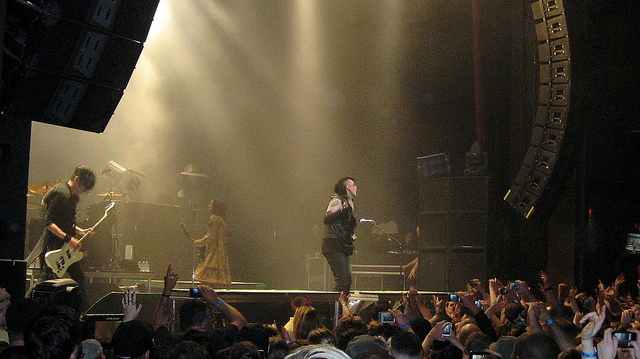 Marilyn Manson at the House of Blues in Atlantic City 2012

The band's sophomore effort, the Smells Like Children EP, was released in 1995 and included a cover of "Sweet Dreams (Are Made of This)," made famous by the Eurythmics. It wasn't long before another line-up shift saw Zim Zum replace Berkowitz in time for 1996's platinum-selling Antichrist Superstar which entered the Billboard 200 at number three.

Manson and His Detractors

The mainstream attention was not without its detractors, of course. Manson was a popular target of pickets and boycotts by the religious right. Stirring the pot to a boil, Manson landed on the cover of Rolling Stone and issued an autobiography titled The Long Hard Road Out of Hell. The move somehow made lemons out of the lemonade.

Keeping up the momentum, Manson followed with 1998's Mechanical Animals, which topped the charts and sold over a million copies, and the Last Tour on Earth, which yielded a platinum live album of the same name. Then came Holy Wood (In the Shadow of the Valley of Death) in late 2000, along with the requisite supporting tour. During that run, Manson was charged in two separate incidents involving security guards. Neither amounted to much. 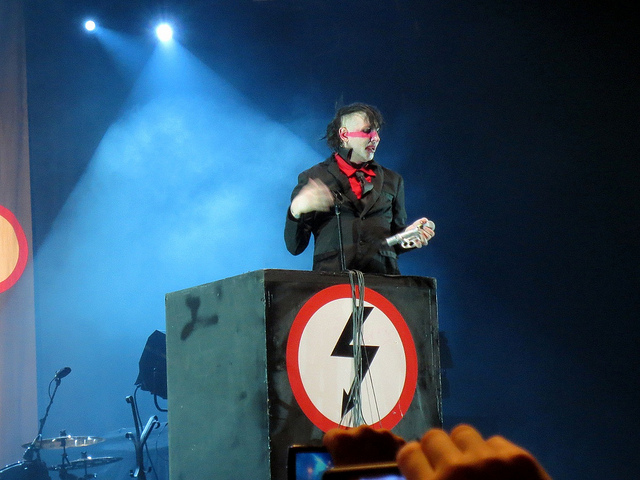 Marilyn Manson at the IQ Music Festival in 2012


The Golden Age of Grotesque came in 2003 and actually topped the Billboard 200 for a week, though it only sold enough to claim gold status. Critics loved it, too. Dueling compilations followed – with Berkowitz releasing Lunch Boxes & Choklit Cows and Manson countering with Lest We Forget, the latter including Manson's handling of “Personal Jesus.”

Although rumors of a new album surfaced in 2005, Eat Me, Drink Me didn't actually see daylight until 2007. Two years later, The High End of Low arrived, but did very meager business. A new album, Born Villain, was slated for a February, 2012 release. 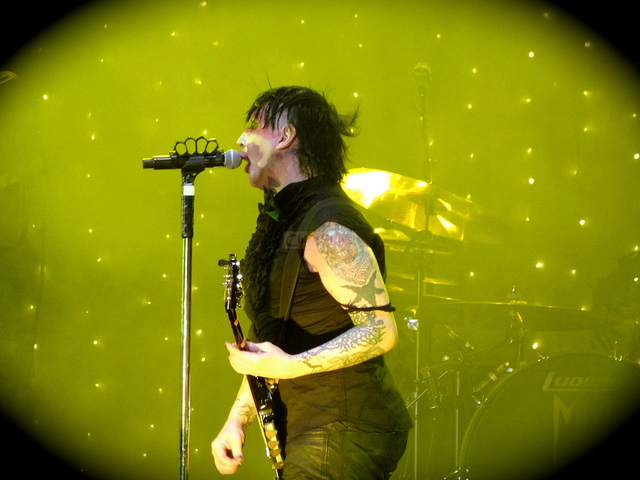 Marilyn Manson in Montreal in 2012 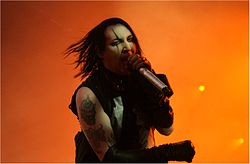