Booking your Katy Perry tickets here is easy and secure. Either choose the Katy Perry concert above to purchase them online, or call us at 1-866-837-0608.

You can search the times and dates in the tour schedule above to find the specific Katy Perry concert you want to attend.

Click on the red 'View Tickets' button to see all the available seats for that Katy Perry show, along with an interactive seating chart that will help you locate the best seats for your price.

You'll have to choose how many tickets you want to purchase for the Katy Perry concert tour, and then you'll be brought to our secure checkout.

Shipping/Delivery Information for Katy Perry Tickets:
You can choose either standard or express delivery and you can specify special delivery instructions if necessary. Your live music concert tickets will be shipped to you using Federal Express.

Also, some tickets to the Katy Perry tour may be available for immediate download as e-tickets, or electronic tickets, that you can print right from your device. 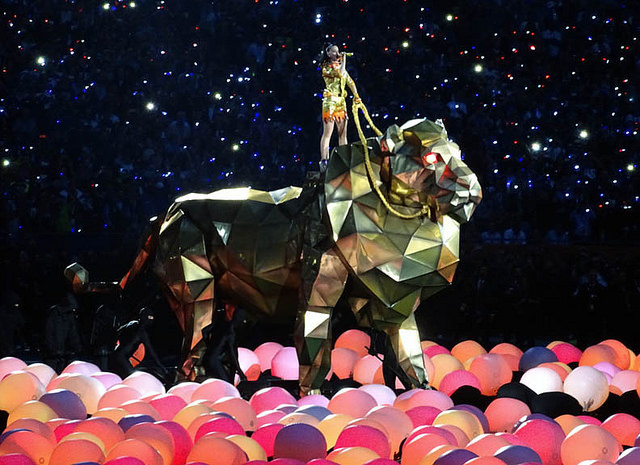 Katy Perry was born and raised by Christian pastor parents in Santa Barbara, Calif. After earning her GED during her freshman year of high school, Perry headed into the music business armed with experience gleaned from singing in the church choir.

Katy's choir performances caught the ear of some Nashville music executives who took her to Music City to work on her songwriting and guitar playing. After knocking out some demos, she signed to Red Hill Records. Her first release – under Katy Hudson, her birth name – was an eponymous gospel record in 2001. The label shuttered its doors the following year, leaving the record and artist in limbo. 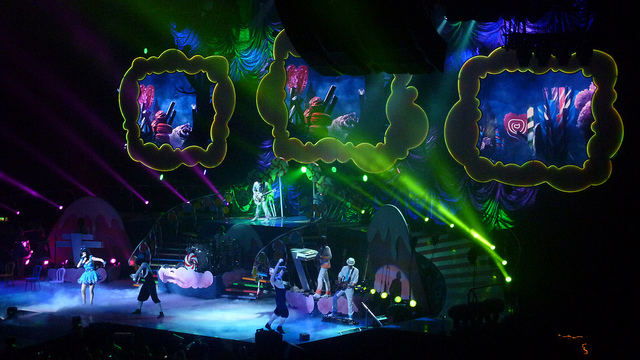 Over the course of the next few years, two more projects also failed. One of which was produced by The Matrix for Columbia Records; the second by Glen Ballard for Island Def Jam Records.

In 2007, Katy was signed to Capitol Music, her fourth label in only seven years. She also switched over to become Katy Perry and began polishing her image. Her first single, “Ur So Gay,” was released on the Internet in November of that year and started building some momentum for the young artist when Madonna took notice and mentioned her on a morning radio show. 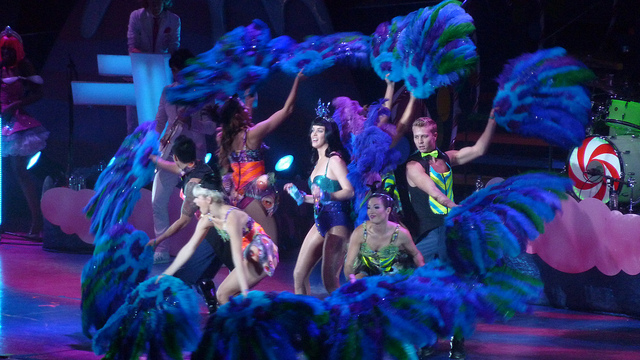 The next single out of the gate, “I Kissed a Girl,” dropped in 2008 and topped charts in 30 countries around the world. After a two-month radio promotions tour, Katy hopped on the Warped Tour. The song was number one in the U.S. for seven weeks. A full album, One of the Boys, came in June of 2008.

Although reviews were mixed, the CD went platinum, as did the singles “I Kissed a Girl” and "Hot n Cold." A tour of Europe and a 2009 headlining trek – the Hello Katy Tour – followed the conclusion of the Warped run. The Matrix record featuring Perry came out in early January of that year, as well. 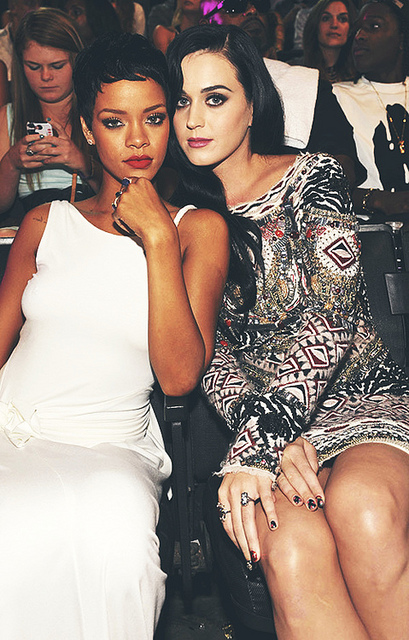 After a couple of collaborations with 3OH!3 and Timbaland, Perry's follow-up record, Teenage Dream, was issued in August of 2010 and debuted at the top of the Billboard charts. The first track, "California Gurls," rushed up the charts and hit number one in only four weeks. Subsequent singles included "Teenage Dream," "Not Like the Movies," "Circle the Drain," and "E.T."

Over the years, Katy has made cameo appearances in various television shows and films. She also released her own fragrance, "Purr."