You can search the times and dates in the tour schedule above to find the specific Kacey Musgraves concert you want to attend.

Click on the red 'View Tickets' button to see all the available seats for that Kacey Musgraves show, along with an interactive seating chart that will help you locate the best seats for your price.

You'll have to choose how many tickets you want to purchase for the Kacey Musgraves concert tour, and then you'll be brought to our secure checkout.

Shipping/Delivery Information for Kacey Musgraves Tickets:
You can choose either standard or express delivery and you can specify special delivery instructions if necessary. Your live music concert tickets will be shipped to you using Federal Express.

Also, some tickets to the Kacey Musgraves tour may be available for immediate download as e-tickets, or electronic tickets, that you can print right from your device.

When Was Kacey Musgraves Born?

Where Kacey Musgraves From?

Kacey Musgraves was born in Golden, Texas. Some sources say she was born in Alba, Texas. That seems odd since the town of Alba is home to about 500 people.

Where Did Kacey Musgraves Grow Up?

Mineola and Golden are about ten minutes apart. Both are about 90 minutes east of Dallas.

Who Are Kacey Musgraves Parents?

If anything, Musgraves and Lambert are rivals.

What Nationality Is Kacey Musgraves?

Kacey Musgraves is American. Like many Americans, she can lay claim to many ethnicities. The most prominent ethnicities are English, German, and Scottish.

Who Is Kacey Musgraves Manager?

What Is Kacey Musgraves Net Worth?

Kacey Musgraves’ net worth is estimated at $10 million. 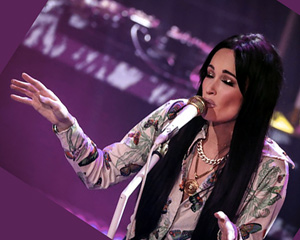