Booking your Josh Groban tickets here is easy and secure. Either choose the Josh Groban concert above to purchase them online, or call us at 1-866-837-0608.

You can search the times and dates in the tour schedule above to find the specific Josh Groban concert you want to attend.

Click on the red 'View Tickets' button to see all the available seats for that Josh Groban show, along with an interactive seating chart that will help you locate the best seats for your price.

You'll have to choose how many tickets you want to purchase for the Josh Groban concert tour, and then you'll be brought to our secure checkout.

Shipping/Delivery Information for Josh Groban Tickets:
You can choose either standard or express delivery and you can specify special delivery instructions if necessary. Your live music concert tickets will be shipped to you using Federal Express.

Also, some tickets to the Josh Groban tour may be available for immediate download as e-tickets, or electronic tickets, that you can print right from your device.

Growing up in Los Angeles, Josh Groban started singing when he was in seventh grade when his music teacher gave him a solo part at the school's Cabaret Night. Despite his apparent talent, Josh was more interested in and focused on theatre than singing eventually graduating from the Los Angeles County High School for the Arts with a focus on theatre.

During his last year of high school, Groban was introduced to award-winning music producer David Foster who started using the young singer as a stand-in during rehearsals for events. One such event found Josh rehearsing Andrea Bocelli's part in "The Prayer" with Céline Dion for the 1999 Grammy Awards.

After high school, Groban attended Carnegie Mellon University for a time studying drama, but dropped out when a record deal came his way. His talent was so obvious to Foster that the producer signed him to his Warner Bros. imprint label, 143 Records.

He was also partnered with famed vocalists such as Sarah Brightman and Lara Fabian, and plugged into still more high-profile gigs.

At a 2001 event co-sponsored by David E. Kelley and Michelle Pfeiffer, Groban made quite an impact. Kelley was so impressed that he created a character for Josh in the 2001 season finale of Ally McBeal. So popular was he that Kelley brought him back for the next season.

With Foster at the helm, Groban made his 2001 self-titled debut album with a focus on the classics, songs like "Gira Con Me Questa Notte" and "Alla Luce Del Sole." Over a year's time, the set made its way to double-platinum status.

In early 2002, Groban sang "The Prayer" with Charlotte Church for the closing of the Winter Olympics in Salt Lake City. Later that same year, he reprised his performance with Sissel Kyrkjebo at the Nobel Peace Prize Concert in Oslo, Norway. The young upstart was even given a PBS special, Josh Groban In Concert, and a spot at the Vatican's Christmas concert alongside Sting, Lionel Ritchie, and The Corrs.

For 2003, Josh was back with his second Foster-led album, Closer, which climbed to the top seat on the Billboard album chart. A year later, in November of 2004, his second concert, Live at The Greek, was aired on PBS and released on DVD. Award nominations and television appearances flooded in.

Keeping to his November schedule, Groban issued his third offering, Awake, in November of 2006. Performances with Barbra Streisand, Imogen Heap, Ladysmith Black Mambazo, Mireille Mathieu, and others continued to fill his slate.

A Christmas collection titled Noel that dropped in 2007 would have to hold fans over until his next new studio album, Illuminations, was issued in November of 2010. 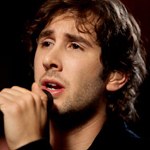