Booking your Jeff Foxworthy tickets here is easy and secure. Either choose the Jeff Foxworthy concert above to purchase them online, or call us at 1-866-837-0608.

Shipping/Delivery Information for Jeff Foxworthy Tickets:
You can choose either standard or express Jeff Foxworthy ticket delivery and you can specify special delivery instructions if necessary. Your live music concert tickets will be shipped to you using Federal Express.

Also, tickets to the Jeff Foxworthy tour may be available for immediate download as e-tickets, or electronic tickets.

"You might be a redneck." Those five words will probably be written on comedian Jeff Foxworthy’s tombstone. Of course, in true redneck fashion, one of the words will be misspelled.

Over the years, millions of Jeff Foxworthy tickets have been sold thanks to a bevy of one-liners that start with "You might be a redneck." It all began in 1993 when Foxworthy released he first comedy album, You Might Be a Redneck. The album peaked at number three on the country charts and 38 on the Billboard 200. The album was certified triple platinum.

Foxworthy’s sophomore released dropped in 1995. Called Games Rednecks Play, it peaked at number two on the country charts and number eight on the Billboard 200. It too was certified triple platinum.

In the mid-1990s, due to Foxworthy’s immense popularity, and the prevailing trend to give sitcoms to comedians, the Southern fried funny man received his own show on ABC. The Jeff Foxworthy Show ran for a season before being canceled. It was picked up by NBC where it ran for another year. The networks had a difficult time understanding and marketing Foxworthy’s rural slant.

Foxworthy was born Sept. 6, 1958 in Atlanta, Georgia and grew up in a strict Southern Baptist household. After high school, and a few years spent at Georgia Tech, Foxworthy went to work with his father at IBM. In 1984, at the urging of his co-workers, Foxworthy entered and won a comedy contest in Atlanta.

In the early part of the 21st Century, Foxworthy’s career was rejuvenated by the insanely popular Blue Collar Comedy Tour. Foxworthy, and three like-minded stand-up comedians, Larry the Cable Guy, Ron White, and Bill Engvall, embarked on what they thought would be a modest trek of the United States. Their little 20-stop outing eventually turned into a three-year comic odyssey. Riding the success of their comedy tour, Foxworthy, Larry the Cable Guy, and Engvall launched Blue Collar Television. The comedy program ran for two years on the now defunct WB network.

In addition to selling millions of Jeff Foxworthy tickets, the comedian has also written several bestselling books, hosted television game shows, and had his own nationally syndicated radio show. Foxworthy has been married since 1985 and is an avid hunter. 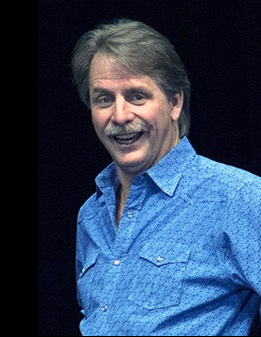