Booking your Janet Jackson tickets here is easy and secure. Either choose the Janet Jackson concert above to purchase them online, or call us at 1-866-837-0608.

You can search the times and dates in the tour schedule above to find the specific Janet Jackson concert you want to attend.

Click on the red 'View Tickets' button to see all the available seats for that Janet Jackson show, along with an interactive seating chart that will help you locate the best seats for your price.

You'll have to choose how many tickets you want to purchase for the Janet Jackson concert tour, and then you'll be brought to our secure checkout.

Shipping/Delivery Information for Janet Jackson Tickets:
You can choose either standard or express delivery and you can specify special delivery instructions if necessary. Your live music concert tickets will be shipped to you using Federal Express.

Also, some tickets to the Janet Jackson tour may be available for immediate download as e-tickets, or electronic tickets, that you can print right from your device.

Pretty much everyone knows Janet Jackson's pedigree as the youngest of 10 in perhaps pop music's most famous – and talented – families.

The sister of Michael, Jermaine, Tito, Marlon, and Jackie (aka The Jackson 5) had originally wanted to be a race-horse jockey, but her father had other plans. Appearing alongside her siblings, Janet entered the entertainment world via The Jacksons variety show.

From that seed, a career in acting began to take off with roles on Good Times, Diff'rent Strokes, and Fame, among others. She reluctantly stepped into music and made her solo debut in 1982 at the age of 16.

Her self-titled first effort made it to number six on the Billboard album chart.

The follow-up, Dream Street, found her brothers lending their talents, but proved less successful than its predecessor. Following the release, Jackson made a break from working with her father who had, up until then, been managing her career and producing her records.

Her A&M Records representative took the opportunity to connect her with Jimmy Jam and Terry Lewis to helm her next project, Control. Containing hits like “Nasty,” “What Have You Done for Me Lately,” “When I Think of You,” and “Let's Wait Awhile,” the album topped the charts, as did “When I Think of You.”

A then-unknown Paula Abdul choreographed most of Jackson's music videos which became mainstays on MTV. Control sold over five million copies in the U.S., won awards for four of its 12 American Music Award nominations, and even grabbed a Grammy nod for Album of the Year, although it failed to win.

The team headed back into the studio and emerged with 1989's Janet Jackson's Rhythm Nation 1814. It replicated Control's chart-topping success and sold six million units along the way. Its momentum was so strong that it spawned number one hits three years in a row with "Miss You Much" in 1989, "Escapade" and "Black Cat" in 1990, and "Love Will Never Do (Without You)" in 1991. It's the only album to have ever accomplished that feat and the only one to ever have seven singles crack the Top 5 of the Hot 100.

Awards and accolades flooded in as Janet embarked upon her Rhythm Nation World Tour, her first ever. The tour itself even became the most successful debut tour by an artist in history. All of this, and Jackson was only 23.

After changing guard to Virgin Records and appearing in the film Poetic Justice, Jackson was back with 1993's Janet. Singles like "That's the Way Love Goes," “If,” and others showcased a much more grown-up Jackson in their lyrical themes. Another world tour and another round of praise came along.

The Jackson family was going through quite a bit of turmoil around this time. Janet rallied with Michael and the pair recorded “Scream,” its $7 million video holding a place in the Guinness Book of World Records as the most expensive video ever. The Grammy Awards thought it was worth the price and honored it in 1995 as the Best Short Form Music Video.

That same year, A&M released Design of a Decade 1986/1996, Janet's first greatest hits collection. It would be another two years before a new studio album would be issued. Rumor has it that Janet suffered from depression during that down time.

Her $80 million contract renewal with Virgin made her the highest paid artist in history, even surpassing Michael and Madonna. In 1997, she was back with The Velvet Rope. The work has been roundly considered more introspective, even darker, than her previous efforts. On the strength of singles like "Got 'til It's Gone," the album sold more than 10 million copies worldwide.

Another world tour followed, as did an HBO special, The Velvet Rope: Live in Madison Square Garden, which was viewed by over 15 million people and went on to win an Emmy.

In 2000, Jackson crossed back over into acting for her second film role. She played opposite Eddie Murphy in Nutty Professor II: The Klumps. The movie was a great success. Various awards continued to be bestowed upon Jackson for her myriad contributions and projects.

Her 2001 set, All for You, was touted as “dizzying as a new infatuation,” as well as “luxurious and sensual.” With a run time of over 70 minutes, the record debuted in the top seat on the Billboard Top 200. Successful singles and another tour helped Janet's seventh album go multi-platinum.

Despite all of her achievements, Jackson's performance with Justin Timberlake during the February 2004 Superbowl halftime may go down as her most infamous. A “wardrobe malfunction” resulted in part of her right breast being exposed which earned her another spot in Guinness as "Most Searched in Internet History" and the "Most Searched for News Item."

A month later, her eighth album, Damita Jo, was released and critics were mixed. One called it “erotica at its friendliest and most well-balanced.” Though it went multi-platinum, sales weren't as brisk as on previous collections.

Next up was 20 Y.O. in 2006. On this project, Jackson returns to a more playful spirit, harkening back to her R&B and dance music roots. Produced by Jermaine Dupri, the album didn't do as well as other Jackson outings.

The next year, Janet was back on the big screen in Tyler Perry's Why Did I Get Married? playing a psychotherapist. The film was her third effort and her third consecutive box office smash. Later in 2007, Jackson changed labels once again to work with Island Records.

Early 2008 would be the setting for her tenth studio album, Discipline, to be released. Though it continued her chart-topping debut trend, critics weren't so keen on the offering which failed to hit platinum sales. Her Rock Witchu Tour also stumbled due to floundering ticket sales.

In the summer of 2009, Janet and the rest of the world suffered the loss of her brother Michael. She was informed of his death while on location in Atlanta filming Why Did I Get Married Too?

Later in 2009, Jackson issued her second greatest hits set, Number Ones. She filled 2010 with Why Did I Get Married Too?, as well as appearances on American Idol, the Essence Music Festival, and another Tyler Perry film, For Colored Girls.

With the reissue of Number Ones in August of 2010, Jackson also started gearing up for her 2011 Number Ones: Up Close and Personal Tour. After a half a decade, Janet began her Unbreakable World Tour that began in 2015 and continued through 2016. 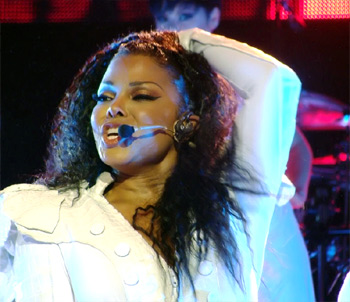