Booking your Jake Owen tickets here is easy and secure. Either choose the Jake Owen concert above to purchase them online, or call us at 1-866-837-0608.

You can search the times and dates in the tour schedule above to find the specific Jake Owen concert you want to attend.

Click on the red 'View Tickets' button to see all the available seats for that Jake Owen show, along with an interactive seating chart that will help you locate the best seats for your price.

You'll have to choose how many tickets you want to purchase for the Jake Owen concert tour, and then you'll be brought to our secure checkout.

Jake Owen ticket prices may be above or below face value and can fluctuate. You'll find cheap Jake Owen tickets here at relatively affordable prices.

Shipping/Delivery Information for Jake Owen Tickets:
You can choose either standard or express delivery and you can specify special delivery instructions if necessary. Your live music concert tickets will be shipped to you using Federal Express.

Also, some tickets to the Jake Owen tour may be available for immediate download as e-tickets, or electronic tickets, that you can print right from your device.

Fore! Jake Owen was on his way to become a professional golfer. He won his first tournament when he was just 15.

His career on the links hit the rough when he suffered a serious injury while wakeboarding.

His injury was so severe that he had to hang up his putter.

While recuperating, Owen picked up a guitar and taught himself how to play.

He eventually moved to Nashville and one of the first things he did after arriving was open a savings account at a bank. While there, he revealed to the bank teller that he was a burgeoning country music singer. 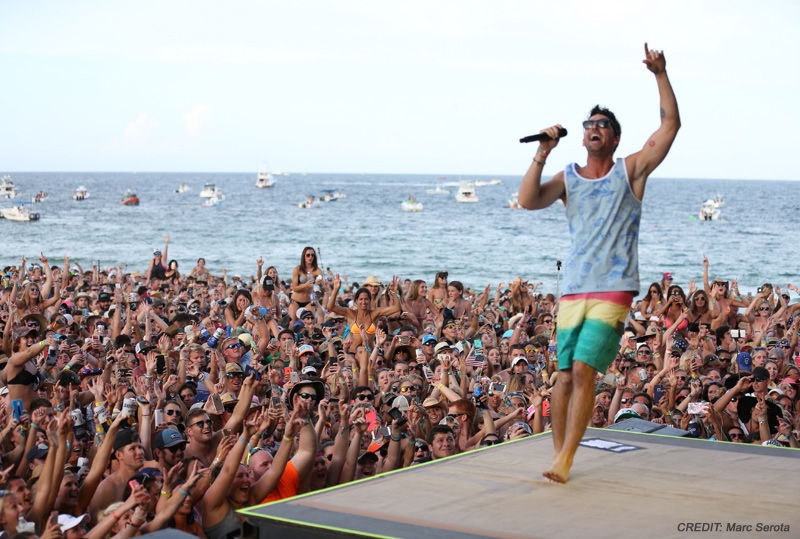 The teller asked Owen if he had a recording. He said yes and handed over a compact disc. The teller sent the disc to a recording company.

That company didn't sign Owen but it did lead to him landing a recording contract.

Six of Owen's singles have cracked the top ten of the country singles chart with both "Barefoot Blue Jeans Night" and "Alone With You" going to number one. As a performer, he's toured with icons Kenny Chesney, Keith Urban, and Brad Paisley.

Jake Owen tickets might have read "Josh Owen tickets" but in 2005 Joshua Ryan Owen changed his name to "Jake Owen" at the behest of industry insiders to avoid confusion with two other "Joshes," Josh Gracin and Josh Turner. Jake has a fraternal twin brother named Jarrod.

See Jake Owen live in concert for his Life's Whatcha Make It Tour 2018! 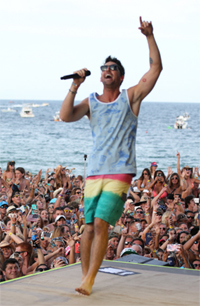