Our Harry Styles Washington 6/28/20 ticket prices are often cheaper than the rest, our checkout and servers are secure, and all Harry Styles Capital One Arena tickets are 100% guaranteed.

Click on the red 'View Tickets' button above to see all the available tickets for that Capital One Arena concert, along with an interactive seating chart that will help you locate the best seats for your price. After you choose how many Capital One Arena tickets you want, you'll be brought to our secure checkout to finalize your Harry Styles Washington concert tickets purchase.

Harry Styles Ticket Shipping/Delivery Information:
You can choose either standard or express delivery. There may also be electronic Harry Styles Washington June 28, 2020 tickets (or e-tickets) available for immediate download. Otherwise, tickets are shipped with Federal Express.

Once, while singing with One Direction, Harry Styles told the crowd that his job was to entertain and their job was to have as much fun as possible. That sentiment rings true every time the English singer takes the stage.

Harry Styles joined One Direction while he was participating on the British television show, The X Factor. Styles originally auditioned as a solo artist. 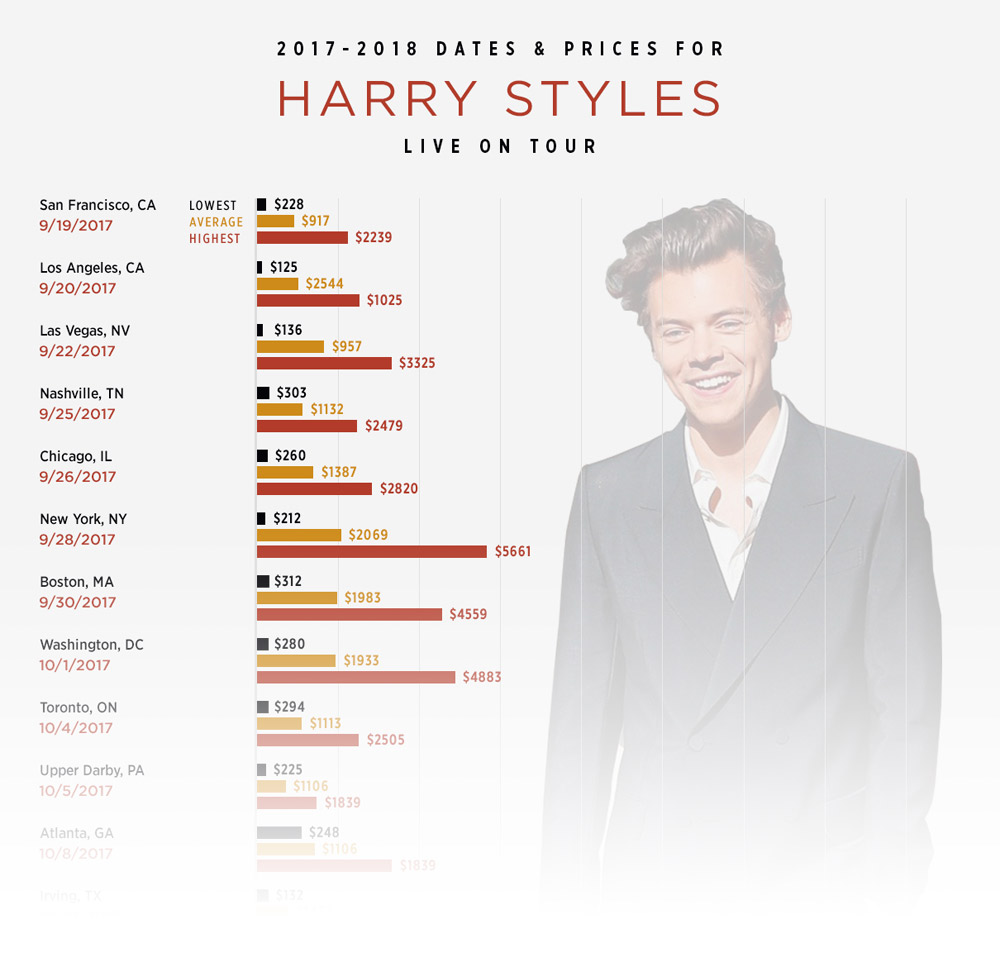 To view the highest, lowest and average ticket price of every city on Harry's tour, click here.

After he was eliminated from singles competition, he teamed with Niall Horan, Zayn Malik, Liam Payne, and Louis Tomlinson to form One Direction. The group went on to release five albums and launch two world tours.

Styles’ first single as a solo artist, “Sign of the Times,” dropped in April of 2017. His eponymous first album hit store shelves in May of that same year.

One Direction was not Styles’ first band. Before auditioning for The X Factor, Styles was the lead singer for White Eskimo.

Styles has been romantically linked to Caroline Flack and Taylor Swift. Flack is 14 years older than Styles.

Harry's 2020 North American and European tour is his first solo tour and tickets are on sale now here. 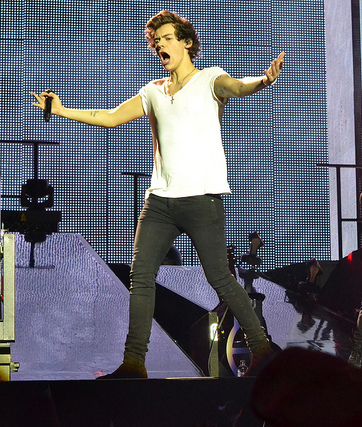 Other Upcoming Concerts in Washington, District of Columbia