Booking your Foo Fighters tickets here is easy and secure. Either choose the Foo Fighters concert above to purchase them online, or call us at 1-866-837-0608.

You can search the times and dates in the tour schedule above to find the specific Foo Fighters concert you want to attend.

Click on the red 'View Tickets' button to see all the available seats for that Foo Fighters show, along with an interactive seating chart that will help you locate the best seats for your price.

You'll have to choose how many tickets you want to purchase for the Foo Fighters concert tour, and then you'll be brought to our secure checkout.

Shipping/Delivery Information for Foo Fighters Tickets:
You can choose either standard or express delivery and you can specify special delivery instructions if necessary. Your live music concert tickets will be shipped to you using Federal Express.

Also, some tickets to the Foo Fighters tour may be available for immediate download as e-tickets, or electronic tickets, that you can print right from your device.

After Kurt Cobain died in April of 1994, Nirvana drummer Dave Grohl received several offers including one to be the full-time drummer for Tom Petty and the Heartbreakers.

Grohl fought the temptation to take a steady and secure gig; he didn't want to be just a drummer for the rest of his career.

So he turned down all offers and went into the studio to record an album of his own material.

He had written dozens of songs during his days with Nirvana but he was so intimidated by Cobain's songwriting prowess that he kept his compositions to himself.

Grohl played and sang everything on the Foo Fighters self-titled debut album with the exception of guitar on the song "X-Static."

The Origin of the Foo Fighters' Name

That was performed by Greg Dulli of the Afghan Whigs. Instead of capitalizing on his fame as a former member of Nirvana, Grohl decided to go the anonymous route. He released his album under the name "Foo Fighters."

The term was used by World War II fighter pilots when they spotted unidentified flying objects. 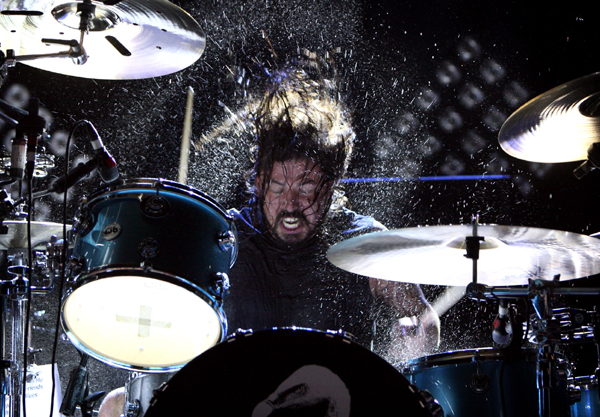 The first ever Foo Fighters concert was held in Portland, Oregon.

In the spring of 1995 that previously mentioned lineup launched a Foo Fighters tour as the opening act for Mike Watt (bassist for the Minutemen). On the heels of that trek, and the buzz Grohl had created by sending demos to his rock and roll friends, Capitol Records picked up the album believing it had a fighting chance to do well.

Capitol released the opus on July 4, 1995. It was a critical and commercial success. The record was eventually certified platinum and nominated for a Grammy Award for Best Alternative Music Album. While Grohl put up a good fight, the award, oddly enough, went to Nirvana. 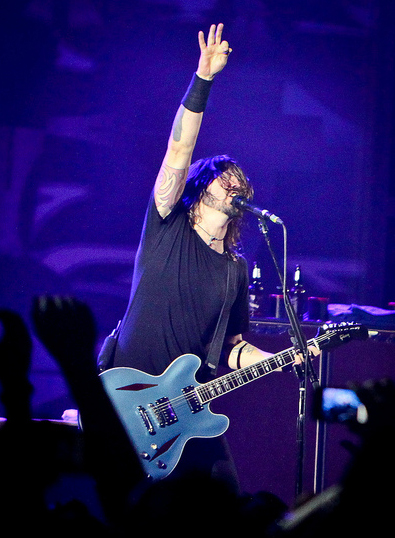 As of 2010, Foo Fighters have released six studio albums and all have been nominated for a Grammy Award for Best Rock Album with three actually winning. All but their self-titled debut have peaked inside the top ten and all but their 2007 release, "Echoes, Silence, Patience & Grace," went platinum.

They've never had a number one single on the Billboard Hot 100 but they've still recorded plenty of famous songs including "Big Me," "Monkey Wrench," "Everlong," "My Hero," "Learn To Fly," "Breakout," and "Best of You."

The band has also sold thousands of Foo Fighters tickets throughout their career. In fact, Foo Fighters concerts are some of the best in the business. Whenever the band sells concert tickets, fans fight (metaphorically of course) for the best seats.

Dave Grohl and the Foo Fighters are so dedicated in fact, that even after Dave Grohl broke his leg, he contnued to tour, performing concerts and playing guitar while sitting in a large throne the whole time.

In addition to the numerous Foo Fighter tours that have been launched over the years, the band has also shined at major music festivals such as Reading, Virgin Mobile, Isle of Wight, and Pinkpop. 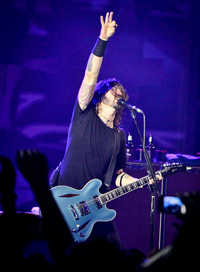