Booking your Ed Sheeran tickets here is easy and secure. Either choose the Ed Sheeran concert above to purchase them online, or call us at 1-866-837-0608.

You can search the times and dates in the tour schedule above to find the specific Ed Sheeran concert you want to attend.

Click on the red 'View Tickets' button to see all the available seats for that Ed Sheeran show, along with an interactive seating chart that will help you locate the best seats for your price.

You'll have to choose how many tickets you want to purchase for the Ed Sheeran concert tour, and then you'll be brought to our secure checkout.

Ed Sheeran ticket prices may be above or below face value and can fluctuate. You'll find cheap concert tickets here at relatively affordable prices.

Shipping/Delivery Information for Ed Sheeran Tickets:
You can choose either standard or express delivery and you can specify special delivery instructions if necessary. Your live music concert tickets will be shipped to you using Federal Express.

Also, some tickets to the Ed Sheeran tour may be available for immediate download as e-tickets, or electronic tickets, that you can print right from your device.

Born in 1991, English singer-songwriter Ed Sheeran got a very early start in music. After learning to play guitar, he started penning songs and was recording by 2005 at the age of 14.

Within another three years, he moved to London to go for his dream. 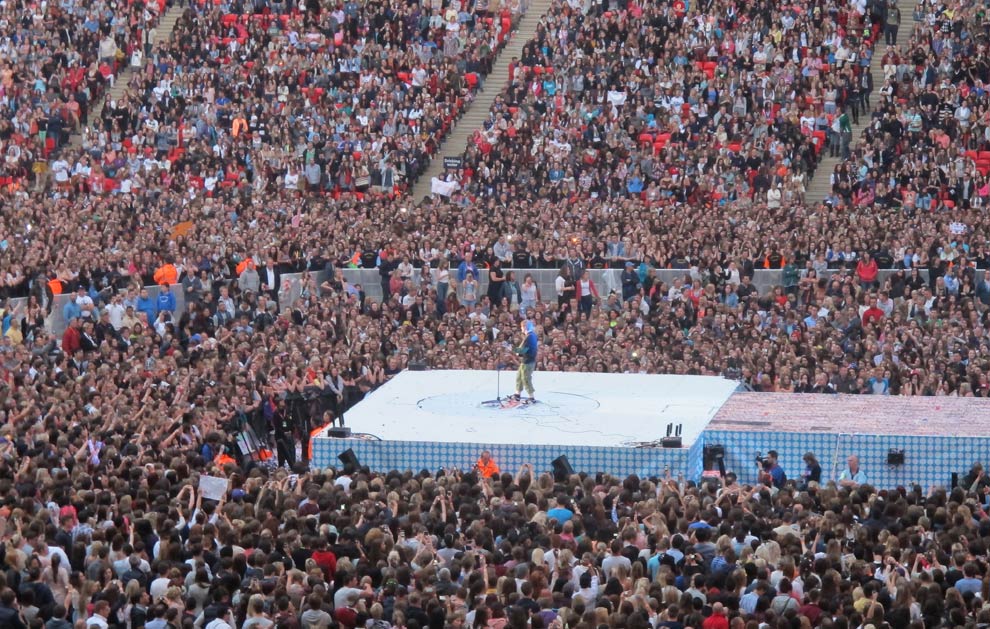 James Morrison proved inspirational for the young artist and, in 2009, he played nearly a gig a day, racking up a total of 312 to top Morrison's 200-strong mark.

Independent releases were the way to go, and Sheeran issued eight of them between 2005 and 2011.

An appearance at a club in Los Angeles earned him a fan and friend in Jamie Foxx, who offered Sheeran some studio time and a place to stay while in town. 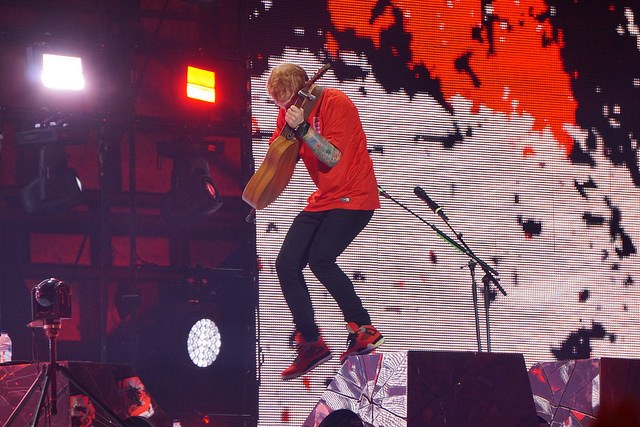 The last, No. 5 Collaborations Project, landed him a major label deal with Atlantic Records and a spot on the UK Singles chart for “The A Team,” "You Need Me, I Don't Need You," and “Lego House.”

Ed Sheeran's debut album, +, entered the UK charts at number one and has since won two BRIT Awards and been certified quadruple platinum in the UK. “The A Team” also cracked the upper ranks of pop charts in Australia, Germany, Ireland, Japan, Luxembourg, New Zealand, Norway, and the Netherlands. 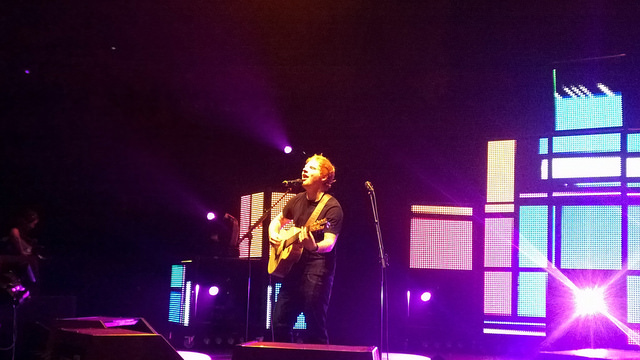 Touring with Snow Patrol, writing songs for One Direction, and performing for the Closing Ceremony of the 2012 Olympics, Sheeran enjoyed a fairly meteoric rise to fame before even being legal to drink alcohol in the U.S. 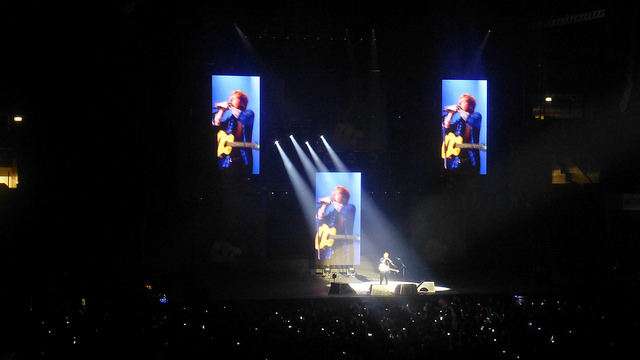 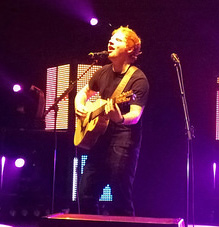