You can search the times and dates in the tour schedule above to find the specific Carrie Underwood concert you want to attend.

Click on the red 'View Tickets' button to see all the available seats for that Carrie Underwood show, along with an interactive seating chart that will help you locate the best seats for your price.

You'll have to choose how many tickets you want to purchase for the Carrie Underwood concert tour, and then you'll be brought to our secure checkout.

Shipping/Delivery Information for Carrie Underwood Tickets:
You can choose either standard or express delivery and you can specify special delivery instructions if necessary. Your live music concert tickets will be shipped to you using Federal Express.

Also, some tickets to the Carrie Underwood tour may be available for immediate download as e-tickets, or electronic tickets, that you can print right from your device.

By the time she turned 28, country music superstar Carrie Underwood had achieved more than most singers achieve in a lifetime.

She won the fourth season of American Idol, won multiple Grammy Awards, inducted into the Grand Ole Opry, became the first female to be named ACM Entertainer of the Year back-to-back, and had the fastest selling country music debut in the history of Nielsen SoundScan. 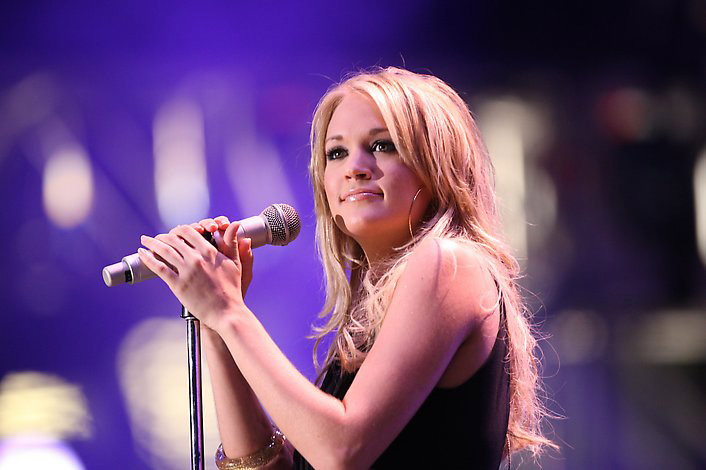 For awhile it didn't look as if Underwood was going to have a music career. She was going to sign with Capitol Records in 1996 but the deal fell through when the company changed management.

Instead, Underwood, who graduated from high school in 2001 as salutatorian, attended college and participated in the summer page program for State Representative Bobby Frame.

It looked as if Underwood was going to become a television journalist until she auditioned for a little show called American Idol. Her audition took place in St. Louis, Missouri in the summer of 2004.

Underwood released her first album, Some Hearts, in 2005. Her sophomore effort, Carnival Ride, dropped in 2007. Her third studio album, Play On, was released in November of 2009 and less than a year later it was certified platinum. Her first two albums were certified 7x and 3x Platinum respectively.

Underwood hosted her own television special in 2009 called "Carrie Underwood: An All-Star Holiday Special." The following year she appeared in an episode of the CBS sitcom "How I Met Your Mother." In 2010, she provided the voice for "Carrie Underworm," a parody of herself that appeared on the PBS show Sesame Street.

A vegetarian and a proud Okie, Underwood married Mike Fisher of the Ottawa Senators in 2010.

In 2019 Carrie Underwood tours in the U.S. and Canada in support of her 'Cry Pretty' release. 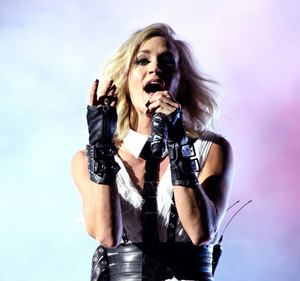