Booking your Bruno Mars tickets here is easy and secure. Either choose the Bruno Mars concert above to purchase them online, or call us at 1-866-837-0608.

You can search the times and dates in the tour schedule above to find the specific Bruno Mars concert you want to attend.

Click on the red 'View Tickets' button to see all the available seats for that Bruno Mars show, along with an interactive seating chart that will help you locate the best seats for your price.

You'll have to choose how many tickets you want to purchase for the Bruno Mars concert tour, and then you'll be brought to our secure checkout.

Shipping/Delivery Information for Bruno Mars Tickets:
You can choose either standard or express delivery and you can specify special delivery instructions if necessary. Your live music concert tickets will be shipped to you using Federal Express.

Also, some tickets to the Bruno Mars tour may be available for immediate download as e-tickets, or electronic tickets, that you can print right from your device.


Bruno Mars’ real name is Peter Gene Hernandez. “Bruno” is a childhood nickname his father gave him because he looked like professional wrestler Bruno Sammartino.

He changed his last name to “Mars” because girls often said he was out of this world. Mars grew up in Hawaii as part of a musical family. 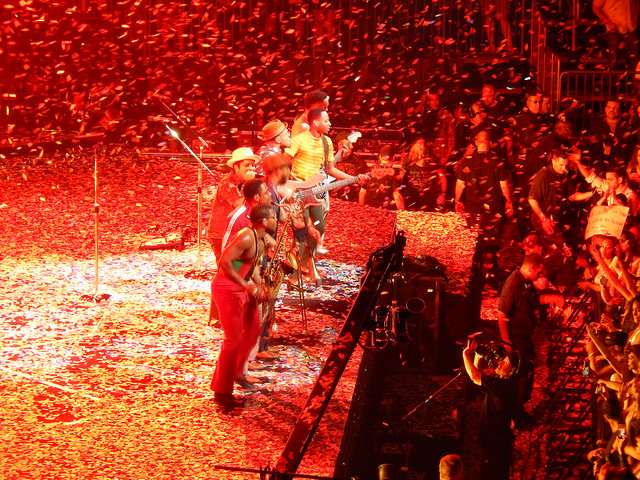 In fact, he was playing five days a week in his family band by the time he was four years old. He was also an Elvis impersonator and had a brief cameo as “The King” in the 1992 movie Honeymoon in Vegas (he was seven).

After graduating from high school, Mars relocated to Los Angeles to pursue a music career. He quickly landed a recording contract but it went nowhere. Mars instead joined a production team called The Smeezingtons.

This may sound like a step backwards but Mars successfully used this time to improve his songwriting skills and find his identity as a performer. 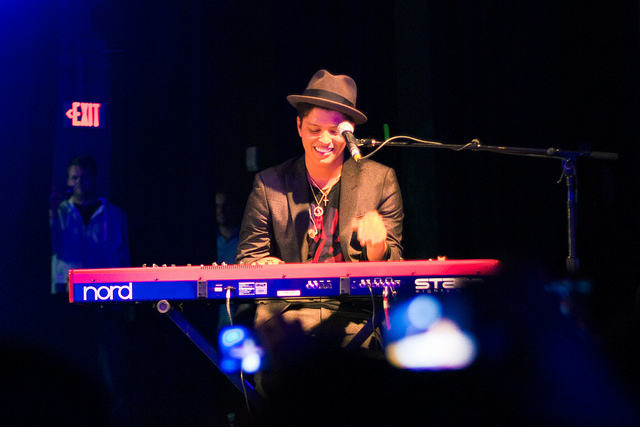 Mars’ debut album, Doo-Wops & Hooligans, dropped in October of 2010. It peaked at number three on the Billboard 200. The album produced two number one singles: “Just the Way You Are” and “Grenade.” Mars’ sophomore effort, Unorthodox Jukebox, came out in December of 2012.

The album’s lead single “Locked Out of Heaven” also went to number one. The album itself debuted at number two.

Mars’ music is an accessible and catchy blend of a variety of genres including R&B, pop, soul, rock, reggae, and Motown. His songs, as well as his lyrics, are fairly upbeat and positive. 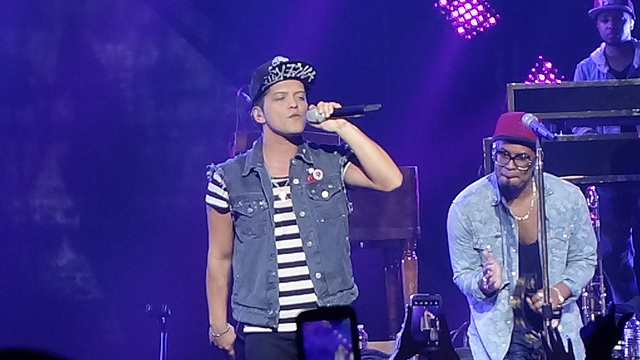 However, his darker side has revealed itself in tacks like “Grenade” and “Talking to the Moon.” Mars, who plays several instruments, has cited numerous musical influences. One of his greatest is Elvis, not the fat one from the 1970s but the cool one from the 1950s (before going to Hollywood).

Bruno Mars tickets have been sold all over the world. From late 2010 through early 2012 he toured to support his debut album.

When it was all said and done, 103 Bruno Mars concerts took place on five continents. The Moonshine Jungle Tour launched in June of 2013. That outing sent Mars to nearly 70 cities in North America and Europe.

2018 is the year for Bruno's The 24K Magic World Tour and ClickitTicket has your seats! 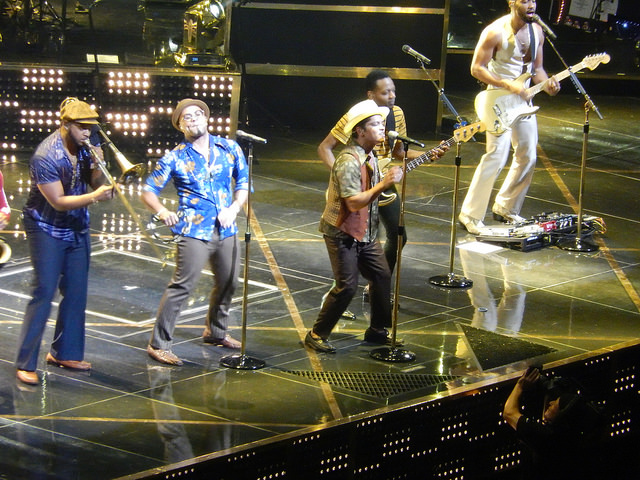 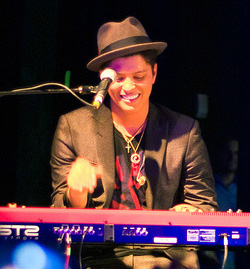