Booking your Britney Spears tickets here is easy and secure. Either choose the Britney Spears concert above to purchase them online, or call us at 1-866-837-0608.

You can search the times and dates in the tour schedule above to find the specific Britney Spears concert you want to attend.

Click on the red 'View Tickets' button to see all the available seats for that Britney Spears show, along with an interactive seating chart that will help you locate the best seats for your price.

You'll have to choose how many tickets you want to purchase for the Britney Spears concert tour, and then you'll be brought to our secure checkout.

Shipping/Delivery Information for Britney Spears Tickets:
You can choose either standard or express delivery and you can specify special delivery instructions if necessary. Your live music concert tickets will be shipped to you using Federal Express.

Also, some tickets to the Britney Spears tour may be available for immediate download as e-tickets, or electronic tickets, that you can print right from your device.

Britney Spears, polarizing as she may be, came on like a storm in the 1990s and hasn't let up, nor has the media circus surrounding her. Her controversial and drama-filled personal life seems to keep her in the headlines even more than her music.

Using her sex appeal as bait from the get go, Spears first came to prominence with the 1998 single and video for "...Baby One More Time," which found her dressed as a Catholic school girl. The marketing tactic was at odds with her desire to be a role model for teen girls.

Spears came out of The New Mickey Mouse Club along with *NSYNC's Justin Timberlake and JC Chasez, Christina Aguilera, and Felicity actress Keri Russell. After two seasons on the show, it was canceled and a 15-year-old Spears went back to New York to fine tune her craft, signing to Jive Records.

Her lead single raced up the charts, causing the album to debut at number one and hold that spot for six weeks. More hits followed and the record eventually sold some 13 million units.

For her second set, 2000's Oops!...I Did It Again, Spears managed another chart-topping debut that went platinum its first week out. The title track and subsequent singles ("Lucky," "Stronger," and "Don't Let Me Be the Last to Know") boosted the album to sell more than nine million copies. Her relationship with Timberlake certainly didn't hurt, either.

At this point, Spears needed to make a move toward a more mature persona and did so with 2001's Britney. Again, she came out at number one, but the various singles, including "I'm a Slave 4 U," weren't as lucky.

Her 2002 film debut, Crossroads, also met with a lukewarm response. And her relationship with Timberlake went kaput. She tried again with a cameo in Austin Powers: Goldmember, but Britney's sales topped out at only four million.

Spears managed to get her groove back with In the Zone in 2003, her bid for maturity well-evidenced in the singles "Toxic," "Everytime," and "Me Against the Music." The album topped the charts and “Toxic” nabbed a Grammy.

Despite the professional success, Britney's personal life began to spin out of control. She became tabloid fodder and little more. Her 2005 pregnancy even shoved her Greatest Hits: My Prerogative release into the shadows.

To move the spotlight away from her son's birth, Spears also released a remix album. 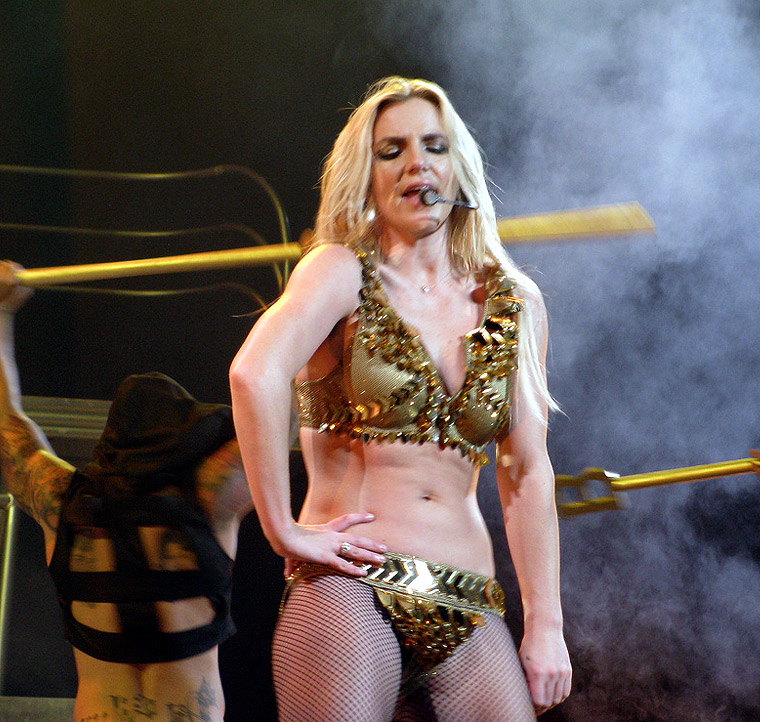 The next year, she was pregnant once again and had another son. A divorce (from former back-up dancer Kevin Federline) followed along with a custody battle which Spears eventually lost. More antics ensued and Britney was now the butt of numerous jokes, leading to a stint in a rehab facility.

Upon re-emergence into society, Spears set about staging a comeback doing some intimate shows and hitting the studio. A performance at that year's MTV Video Music Awards was a disaster, but Blackout was issued nonetheless. It didn't sell very well, not by Britney standards.

From 2008's Circus, the lead track (“Womanizer”) topped the pop charts – the first time Spears had done so in almost 10 years. That success was replicated when "3" dropped in 2009. The Singles Collection was also issued that year.

Spears was back in 2011 with another new studio effort, Femme Fatale. 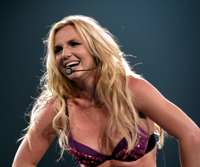