Booking your Brian Regan tickets here is easy and secure. Either choose the Brian Regan concert above to purchase them online, or call us at 1-866-837-0608.

Shipping/Delivery Information for Brian Regan Tickets:
You can choose either standard or express Brian Regan ticket delivery and you can specify special delivery instructions if necessary. Your live music concert tickets will be shipped to you using Federal Express.

Also, tickets to the Brian Regan tour may be available for immediate download as e-tickets, or electronic tickets.

Brian Regan is an American comedian. His act is very broad and is built on observational and self-deprecating humor.

Regan doesn’t use profanity, stays away from off-color humor, and generally tries to avoid any type of controversial material. He’s the exact opposite of comedians like Daniel Tosh, Amy Schumer, and Patton Oswalt.

Due to his work ethic—it’s not uncommon for him to visit a 100 cities a year—and his craftsmanship, Regan has earned the respect and admiration of his peers. He’s widely regarded as a comic’s comic.

Even more impressive, Regan has managed to put together a stand-up career of nearly four decades without a television show or a starring role in a movie. His success is based almost exclusively on the stand-up stage.

How Can I Get Brian Regan Tickets?

Our checkout process is quick, easy, and absolutely safe. We use FedEx to deliver your tickets and they will arrive on time. Even better, your transaction is 100% guaranteed!

So how can you get Brian Regan tickets? All you have to do is use Clickitticket.

What Are Some Brian Regan Comedy Shows?

In 2004, Regan independently released his own DVD, I Walked on the Moon.

In 2007, the comedian starred in a one-hour comedy special for Comedy Central called Standing Up.

In 2008, Regan issued his second comedy program with the aforementioned network, The Epitome of Hyperbole.

Both of his Comedy Central specials ended up on DVD.

Regan has also released two comedy albums: Brian Regan: Live dropped in 1997 while All By Myself hit streets in 2010.

What Are Some Brian Regan Sayings?

Regan may have a reputation for working clean, but that doesn’t mean he can’t be witty.

Some of Regan’s better known witticisms include “I saw a flock of moosen,” “Chicken musket,” “Barely unilingual,” “We have a three fig newton eater,” and “My wife and I have two wonderful kids and another kid.”

Where Have I Seen Brian Regan Before?

Regan has appeared on Late Night with Conan O’Brien, Comedians in Cars Getting Coffee, The Tonight Show Starring Jimmy Fallon, and the Late Show with David Letterman—Regan visited Letterman’s show 28 times between 1995 and 2014.

Will My Brian Regan Tickets Be Genuine?

You’ll also experience a simple, fast, and secure checkout process. Your tickets will arrive long before Brian Regan takes the stage, and your entire transaction is 100% guaranteed.

So, will your Brian Regan tickets be genuine? They’ll certainly be the real thing if you buy from Clickitticket.

Brian Joseph Regan was born Oct. 2, 1957 in Miami, Florida. He grew up in Westchester, Florida with seven brothers and sisters.

At Heidelberg College in Ohio, Regan played football and planned on being an accountant. Before graduating, he left school to pursue comedy full time. He was encouraged to pursue such a line of work by one of his football coaches.

Some of Regan’s comedic influences are Johnny Carson and Steve Martin. Regan has a brother who also works as a stand-up. 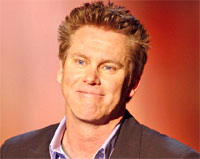