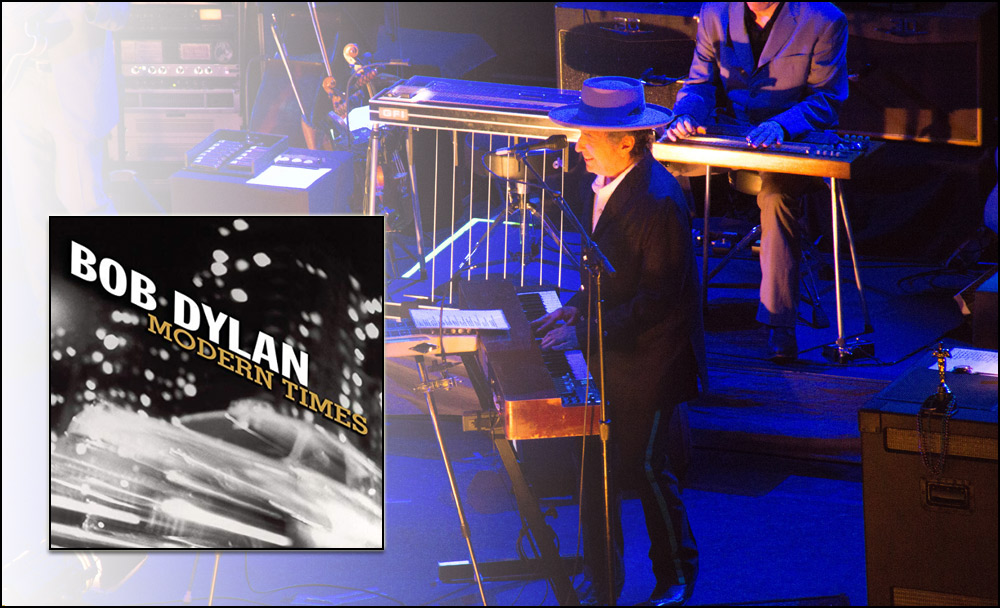 
As a superstar and conundrum, Bob Dylan is well-versed in what experts call ‘critical hyperbole.’ Modern Times is his 32nd studio album, a champion piece to his 2001’s Love and Theft that continued his tradition of critical hyperbole, and creativity.

The album was released on August 29, 2006. It offered new tracks that were Jazz-inspired, ragtime-aping back ‘n’ roll, and more indebted to blues.

The Modern Times album was met with nearly universal praise from both critics and fans. It was produced by Bob Dylan himself, under the name ‘Jack Frost,’ a pseudonym.

Along with the acclaim, the album sparked a heated debate over its arrangements from older pieces and its uncredited use of choruses.

All tracks written by Bob Dylan.

Modern Times, like Time Out of Mind and Love and Theft before it, appears to survey a broken world or realm through a simple prism of a heart that is worn and decadently unbroken itself. 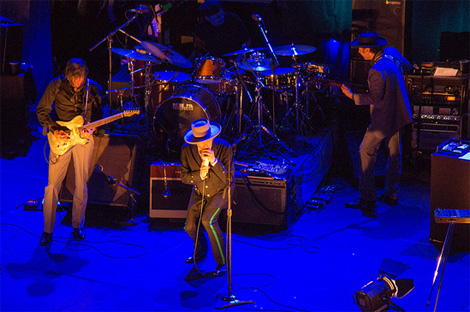 In his ‘Thunder of the Mountain,’ Bob Dylan states, “I been sitting down studying the art of love.” He continues. “I think it will fit me like a glove.”

The thunder of the Mountain is a song that you have heard probably a thousand times before, and yet, it appears to announce a new Dylan magically.

Check out these lines.

“I feel like my soul is begging to Expand.”

“Look into my heart, and you’ll sort of understand.”

Most tracks in the Modern Times album express emotions and comments upon on nearly everything from love (‘Beyond the Horizon’ and ‘When the Deal Goes Down) to mortality (‘Ain’tTalkin’ and ‘The Levee’s Gonna Break).

Some of the songs pass a comprehensive message about the state of the world (Workman’s Blues #2) where Dylan sings about the buying power and how low wages might be a reality if people want to ‘compete abroad.’

As you listen to some tracks in the Modern Times album, you can feel both light and darkness struggling in Bob Dylan, the singer, for dominance.

But in his spiritual imagery and honesty, he doesn’t give in to either side and opts for the hardest path to his destiny.

This a pilgrim, a storyteller who has seen it all; he realizes everything is ‘wanting’ and has found an infinitesimal take on the truth that he appears to be holding on to with a vengeance.

It was also the singer’s first album to debut at the Billboard 200 summit, selling over 191,900 copies within its first week.

Bob Dylan, at the age of 65, became the oldest person at the time whose album to top the Billboard 200 charts.

"The new Dylan album starts with the voice of God in the mountains and the sound of pistols in the streets...Producing himself for the second time running, Dylan has captured the sound of tradition as an ever-present, a sound he’s been working on since his first album, in 1962. "  (from Rolling Stone's Joe Levy)

Bob Dylan has been among the most dynamic musicians in the history of modern American music.

In more than 50 years of his music career, he has released over 60 albums including live recordings and bootlegs.

Watch Videos of Dylan Performing Songs from the Album