Click on the red 'View Tickets' button above to see all the available seats for that New Jersey Performing Arts Center - Prudential Hall concert, along with an interactive seating chart that will help you locate the best seats for your price. After you choose how many New Jersey Performing Arts Center - Prudential Hall tickets you want, you'll be brought to our secure checkout to finalize your concert tickets purchase.

As one of the premium national concert ticket-sellers, ClickitTicket works with a trusted and vetted network of event ticket suppliers. Newark concert ticket prices are set by the specific supply and demand of the event. All New Jersey Performing Arts Center - Prudential Hall concert tickets sold here are 100% guaranteed.

Ticket Shipping/Delivery Information:
You can choose either standard or express delivery. There may also be electronic tickets (or e-tickets) available for immediate download. Otherwise, your Newark tickets are shipped with Federal Express. 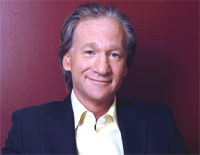