Beyonce tickets can be purchased here where you'll discover a massive selection of affordable concert tickets.

Booking your Beyonce tickets here is easy and secure. Either choose the Beyonce concert above to purchase them online, or call us at 1-866-837-0608.

You can search the times and dates in the tour schedule above to find the specific Beyonce concert you want to attend.

Click on the red 'View Tickets' button to see all the available seats for that Beyonce show, along with an interactive seating chart that will help you locate the best seats for your price.

You'll have to choose how many tickets you want to purchase for the Beyonce concert tour, and then you'll be brought to our secure checkout.

Beyonce ticket prices may be above or below face value and can fluctuate. You'll find cheap Beyonce tickets here at relatively affordable prices.

Shipping/Delivery Information for Beyonce Tickets:
You can choose either standard or express delivery and you can specify special delivery instructions if necessary. Your live music concert tickets will be shipped to you using Federal Express.

Also, some tickets to the Beyonce tour may be available for immediate download as e-tickets, or electronic tickets, that you can print right from your device. 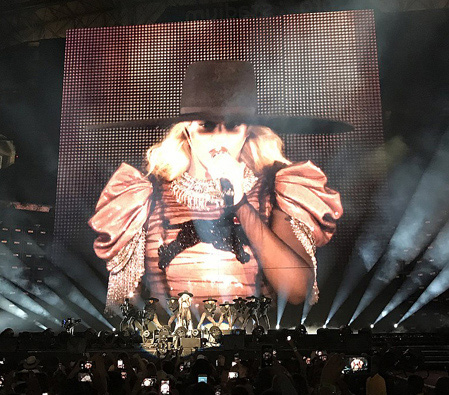 She has sold so many albums and so many Beyoncé tickets that she's become a cliché. Sitcoms have grandmothers sing her song "Single Ladies" for a cheap laugh. The "best friend" in romantic comedies always swoon over her good looks and if the "gang" is going to the big concert chances are they're going to see Beyoncé Knowles.

The singer has certainly earned her notoriety. Beyoncé Giselle Knowles, better known as Beyoncé, or Honey B, or Queen B, or Sasha Fierce, has sold more than 75 million albums worldwide and as of 2011, has 16 Grammy Awards to her name.

Billboard Magazine ranked Beyoncé as the top female artist of the first decade of the 21st century and according to the Recording Industry Association of America she's also that period's top certified artist.

Beyoncé was born in 1981 in Houston, Texas. Her father, Mathew Knowles, a former medical equipment salesman, managed her career until March of 2011.

At a very early age, Beyoncé showed an interest in music. She won singing competitions and attracted the attention of the local media when she was just seven years old.

She later joined an all-girl group that competed on the television show Star Search, a precursor, but completely unrelated, to American Idol. Beyoncé's father began to train her daughter, and the two other members of the group, now known as Destiny's Child, in all aspects of performing to get them ready for the big time.

The singer's solo debut, Dangerously in Love, dropped in June of 2003 and went straight to number one. The album contained the single "Crazy in Love" featuring Jay-Z. The song spent eight weeks atop the Billboard Hot 100. The next single released from that album, "Baby Boy," spent night weeks at number one.

Beyoncé followed with B'Day in 2006 and I Am… Sasha Fierce in 2008. Each album sold more than seven million copies worldwide. Her fourth studio album, 4, came out in June of 2011 and like her other releases, it peaked at number one on both the Billboard 200 and R&B/Hip Hip Albums Chart.

When Knowles isn't selling albums, or concert tickets, she's acting. Her first leading role was in the 2001 made-for-TV movie, Carmen: A Hip Hopera. She's also been in Austin Powers in Goldmember, Dreamgirls, and A Star Is Born.

Knowles and rapper Jay-Z began dating in 2002 and then married in 2008. In 2011, her pregnancy announcement resulted in the Guinness World Record for the most postings on Twitter per second. 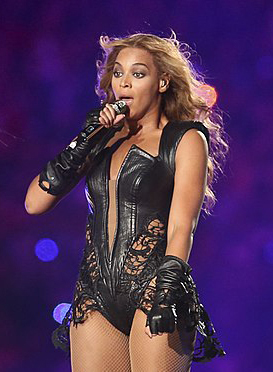