Booking your Ariana Grande tickets here is easy and secure. Either choose the Ariana Grande concert above to purchase them online, or call us at 1-866-837-0608.

You can search the times and dates in the tour schedule above to find the specific Ariana Grande concert you want to attend.

Click on the red 'View Tickets' button to see all the available seats for that Ariana Grande show, along with an interactive seating chart that will help you locate the best seats for your price.

You'll have to choose how many tickets you want to purchase for the Ariana Grande concert tour, and then you'll be brought to our secure checkout.

Shipping/Delivery Information for Ariana Grande Tickets:
You can choose either standard or express delivery and you can specify special delivery instructions if necessary. Your live music concert tickets will be shipped to you using Federal Express.

Also, some tickets to the Ariana Grande tour may be available for immediate download as e-tickets, or electronic tickets, that you can print right from your device.

Ariana Grande was born June 26, 1993. In 2008, she rose to prominence in the Broadway musical 13. She played a cheerleader named Charlotte. In 2009, Grande gained national attention, at least in regards to young people, when she joined the cast of the Nickelodeon show Victorious. That led to a starring role in the teen sitcom (airing on the same network) Sam & Cat. That program ran for a year. 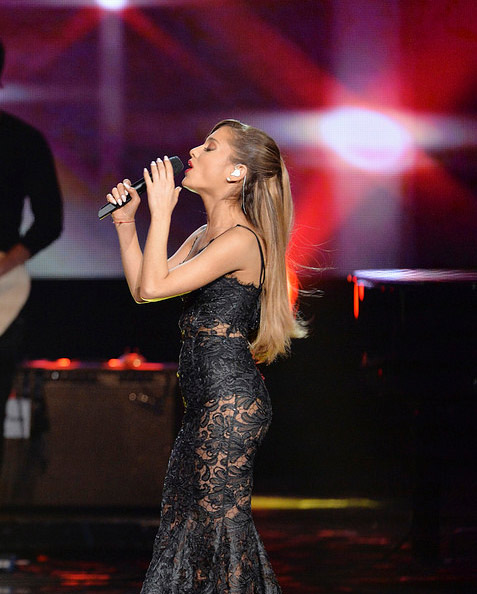 Before she even stepped onto a stage or in front of the cameras, Grande wanted to be a singer. When she was 14, she met with her manager and expressed a desire to record an R&B album.

In August of 2013, Grande released her debut studio album, Yours Truly. Other than R&B, Grande also borrowed elements from the genres of pop and soul.

The work went straight to the top of the Billboard 200 after it moved more than 138,000 copies in its initial week. Grande was the 15th female artist to have her first album peak on top of the main albums chart.

Grande released her sophomore effort, My Everything, on Aug. 22, 2014. Like its predecessor, My Everything debuted at number one; the album sold 160,000 in its first week of release. The first single from My Everything was “Problem” and it featured rapper Iggy Azalea.

The single stalled at number two on the Hot 100 but went on to earn a 4x platinum certification from the RIAA. Other singles from My Everything include “Break Free” (featuring Zedd) and “Love Me Harder” (with The Weeknd).

Grande grew up in South Florida. As a young girl, she frequently attended Florida Panthers home games. As a fan in the stands, Grande was struck by errant pucks more than once.

Throughout her youth, Grande embraced the macabre. She embraced it so much that her mother worried that she might grow up to be a serial killer. Grande’s half-brother, Frankie, appeared on the sixteenth season of Big Brother. 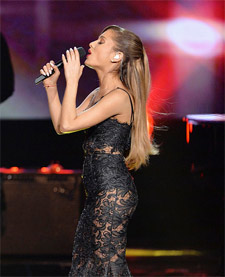