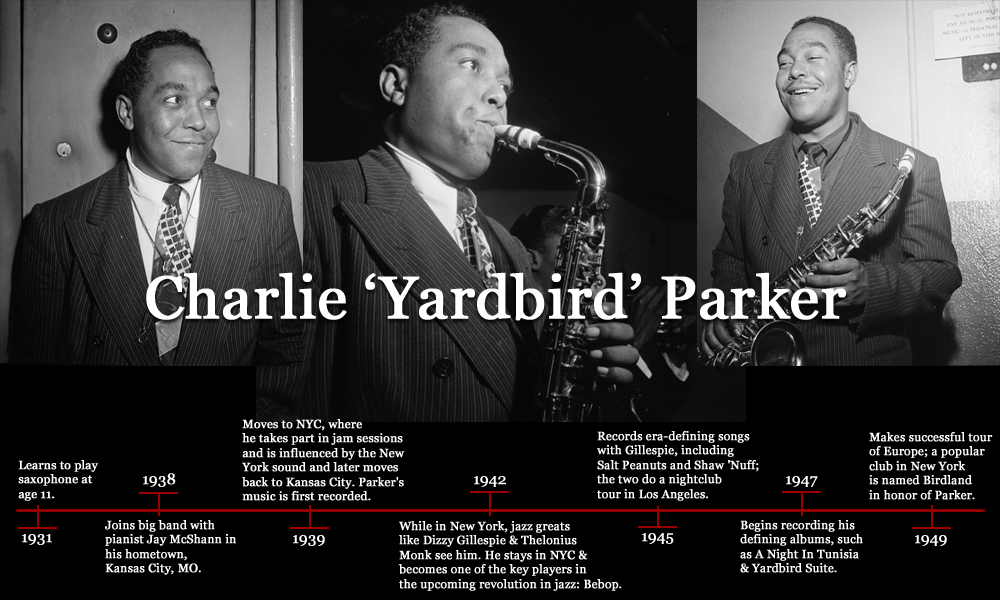 
Charlie Parker is one of the greatest jazz musicians of all-time.

Parker was a virtuoso saxophonist and an accomplished composer.

He was a leading progenitor of "bebop," transformed the jazz solo, introduced revolutionary harmonic ideas, dazzled audiences with his complex rhythms, created a new version of the 12-bar blues, and breathed new life into the practice of contrafact—creating a new melody over an existing chord progression. 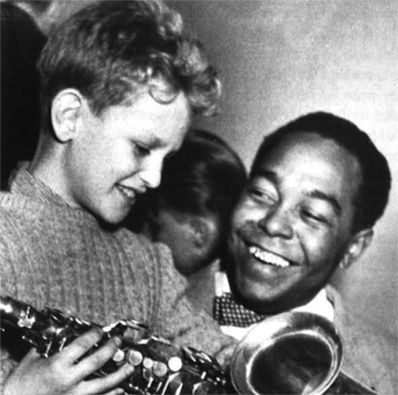 Photograph of the Jazz musician Charlie Parker in Gävle, Sweden,
with the young Göran Schultz. The photographer is not known.

His influence and significance are seen in several posthumous awards and honors that include:

- A sculpture in his home town of Kansas City

- Being honored in an U.S. postage stamp.

Parker's achievements and accolades are even more impressive when you realize he had a heroin addiction for most of his adult life and died when he was just 34.

Had he lived a long and addiction-free life, his contributions to jazz, music, and culture would have surely been incalculable. Read on to learn about Parker's timeline and life.

Charles Parker Jr. was born on August 29, 1920 in Kansas City, Kansas.  He died on March 12, 1955 in New York City.  His mother worked for Western Union and his father, who was seldom around, was a performer on the vaudeville circuit.

Parker began playing the saxophone when he was 11, joined his school's band when he was 14, and dropped out of high school to become a professional musician when he was 15.

During his early years as a saxophonist, it was common for Parker to practice 15 hours a day.

When he was 17, Parker had a cymbal thrown at his feet.  In the jazz world, that's an ignominious act. 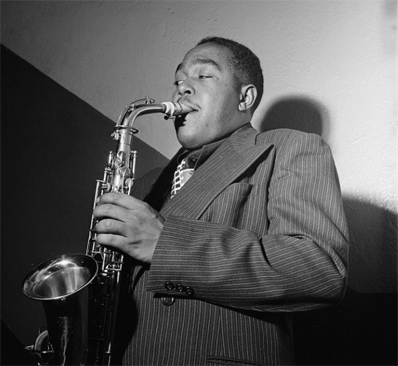 It was tossed by Jo Jones, drummer of Count Basie's Orchestra, and done so when Parker lost his place.

Parker didn't allow the humiliating incident to deter him.  He practiced harder than ever and dedicated himself to his art.  A year later, he joined Jay McShann's band.  Soon thereafter, Parker made his recording debut.

In 1939, while playing "Cherokee" during a jam session, Parker had an epiphany about soloing.  He realized that a soloist can change keys from any of the chromatic scale's 12 semitones and do so without jeopardizing the integrity of the melody.

This discovery proved to be the foundation for Parker's main contribution to the annuals of jazz, bebop.

Also in 1939, Parker relocated to New York City.  He was still performing with McShann but had to wash dishes at Jimmie's Chicken Shack to supplement his income.

In 1942, he left McShann's group and joined Earl Hines' band.  Also playing with Hines at the time was trumpeter Dizzy Gillespie.  Parker and Gillespie would go on to form one of the greatest duos in jazz history as well as define and popularize bebop.

Another tragedy of Parker's life was a musician strike that spanned from 1942 to 1944.

The labor stoppage effectively put a ban on commercial recordings.  With nothing to play on the radio, the spread of bebop was greatly hampered.

Once the strike was over, bebop quickly gained an ardent following of fans and critics.  Despite its popularity, the style did have its detractors.

Traditional jazz musicians failed to appreciate bebop's complexity.  Coleman Hawkins was one of the few exceptions.  Despite being an instrumental figure in swing and big band music, Hawkins embraced bebop and aided in its development. 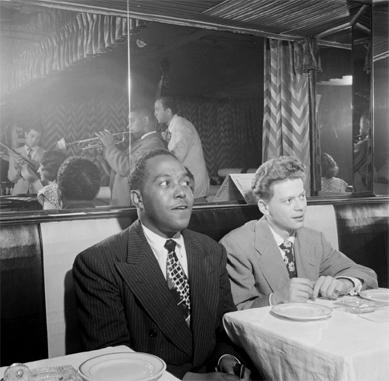 In 1945, Parker participated in what many jazz historians refer to as the "greatest jazz session ever."

Another example of the misfortune that Parker's musicianship and artistry overcame occurred in 1953.  Parker performed at Toronto's Massey Hall with an all-star lineup of Gillespie, Roach, Bud Powell, and Charles Mingus.

Despite all the talent, hardly anyone one showed up.

The concert happened the same night as a boxing match between Rocky Marciano and Jersey Joe Walcott; Canadians stayed home to watch the fight on television.

Luckily for prosperity, the concert was recorded and released as Jazz at Massey Hall.

Parker's heroin habit sprung from a morphine addiction.  He picked up the latter after suffering an automobile accident as a teenager.

Heroin-use was rampant in the jazz community and he had little difficulty acquiring it.

That's when he was in New York.  It was a different story in Los Angeles.  There, the drug was harder to find.

In 1946, Parker traveled to the Left Coast with Gillespie to play some gigs and record.  To get high in the absence of heroin, Parker drank… a lot.  He was so loaded for one session that his producer had to physically prop him up and one his fellow musicians had to yell at him to "blow" when it was his turn to perform.

Europe greeted Parker with open arms in 1949 during a tour of the continent.  He was hailed as a musical hero, especially in Paris.  While there, he continued to expand his music ideas. 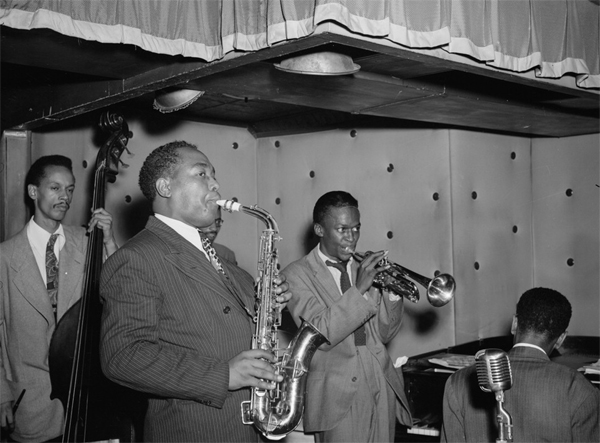 One of those ideas, was performing with strings.  Parker was a huge fan of classical music and had wanted to record with a classical string section for a long time.

His wish came true in 1949 when producer Norman Granz arranged a recording session for Parker, jazz artists, and a chamber orchestra.

The result was Charlie Parker with Strings, released in 1950.

In 1951, Parker lost his cabaret license making it difficult for him to perform in New York city nightclubs.

With his behavior becoming more and more erratic, Parker twice attempted suicide and spent considerable time in a psychiatric hospital.

Parker's addiction finally caught up with him on the 12th day of March in 1955.  He died while watching television in the hotel room of a friend.

The official cause of death was a bleeding ulcer and lobar pneumonia.  His heavy drug and alcohol abuse, however, was the real culprit.

The doctor who performed the autopsy assumed Parker was between 50 and 60 years of age.  Actually, he was less than six months away from his 35th birthday.

Parker's musical outlook can best be summed up in his own words: "Don't play the saxophone.  Let it play you."

No one let the saxophone play them better than Charlie Parker.

As you might imagine, Parker's discography is quite large.

One, unless it's live, just about every Parker album is a compilation.  Two, he was able to record an album in real-time.

There were no overdubs or "tracks" in the 1940s and 1950s.  The engineered cracked a mic, turned on the tape, and then Parker went to work.

Even if the technology had been there, Parker didn't need multi-tracking or overdubbing.  He was so proficient at performing, and so adroit at soloing, that he only needed one take to create a masterpiece.

Parker recorded for three labels: Dial, Savoy, and Verve.  Boxsets of his work for each of those labels are available. 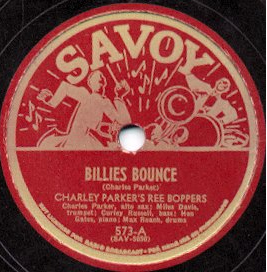 Some of the artist's best-known albums include:

Some of Charlie Parker's best-known compositions:

It is said that Charlie Parker got his nickname either because:

1) He was free as a bird
2) He played like a bird, his style was unique, fluid, and song-like
3) While on tour the vehicle he was riding in struck and killed a chicken (also known as a "yardbird"). Parker insisted they stop and fetch the fowl, so he could cook and eat it.