Phantom of the Opera Tickets

Phantom of the Opera Tickets Information

Phantom of the Opera tickets can be purchased here where you'll discover a massive choice of tickets.

How to Buy Phantom of the Opera Tickets Here

You can search the times and dates above to find the specific Phantom of the Opera show you want to attend.

Click on the red 'Tickets' button to see all the available seats for that Phantom of the Opera performance, along with an interactive seating chart that will help you locate the best seats for your price.

You'll have to choose how many tickets you want to purchase for Phantom of the Opera, and then you'll be brought to our secure checkout.

Finding the Cheapest Phantom of the Opera Ticket Prices

You'll be brought to the seating chart where you can sort from the cheapest to the highest pricing. Discover a wide range of cheap Phantom of the Opera tickets, including discount seats or last-minute and low-priced deals, premium seating, center stage, balcony, mezzanine, box seats and orchestra seating too.

Shipping/Delivery Information for Phantom of the Opera Tickets:
You can choose either standard or express delivery and you can specify special delivery instructions if necessary. Your theater tickets will be shipped to you using Federal Express.

Also, some Phantom of the Opera tickets may be available for immediate download as e-tickets, or electronic tickets, that you can print right from your device.

About Phantom of the Opera

In fact, the difference between Phantom’s run, which is well over ten thousand performances, and the second place show, Cats, which ran for 7,485 performances, is enough to put it on the list of the longest running shows on the Great White Way. Worldwide, Phantom has been seen in nearly 30 countries, by more than 130 million people, and has grossed more than $5.5 billion.

Phantom of the Opera is set in 1881 at an opera house in Paris. The story revolves around a mysterious figure named “The Phantom” (also referred to as the “Angel of Music”) and his muse, the opera singer Christine Daa. There are a couple of problems though. The Phantom is a murderous crackpot (as well as a musical genius) and Daa is in love with another man, Raoul. Eventually, the Phantom forces the company to produce an opera he composed and demands that Daa play the lead role. The fun really starts on opening night when Daa realizes that she’s on stage singing with the Phantom and not the company’s lead tenor.

Those with Phantom of the Opera tickets are not only in for Andrew Lloyd Webber’s best and most complex musical score, they are also in for some great stage effects. Two of the best are the Phantom rowing a boat to his underground lair and a crashing chandelier. Not really a stage effect, but an exciting moment nonetheless, is when Daa rips off the Phantom’s mask and reveals his hideous facial deformity.

Phantom of the Opera debuted on London’s West End in 1986 and Broadway two years later. It won both the Olivier and Tony Award for Best Musical. Even more impressive, Michael Crawford won the same two awards for Best Actor for playing the titular character. Sarah Brightman originated the role of Christine Daa in London and New York. The musical is based on the novel Le Fanta´me de l’Opera by Gaston Leroux. The book was written by Webber and Richard Stilgoe with lyrics by Charles Hart and additional lyrics by Stilgoe. Phantom of the Opera has been produced all over the world and spawned several national tours.

Frequently Asked Questions About Phantom of the Opera Tickets 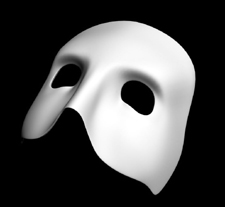