Jersey Boys Spokane tickets can be purchased here, safely and securely. Our show ticket prices are competitive and all our Jersey Boys tickets are 100% guaranteed.

Browse through our large selection of Broadway tickets and book your seats now for any upcoming performance of Jersey Boys in Spokane, Washington. All our Jersey Boys First Interstate Center for the Arts tickets are always 100% guaranteed.

Click on the red 'View Tickets' button above to see all the available tickets for that First Interstate Center for the Arts scheduled performance in Spokane, along with an interactive seating chart that will help you locate the best seats for your price. After you choose how many First Interstate Center for the Arts tickets you want, you'll be brought to our secure checkout to finalize your Broadway tickets purchase.

Looking for the best seats available for Jersey Boys at the First Interstate Center for the Arts in Spokane? Look no further. From center stage to balcony and mezzanine seats, or from box seats to orchestra seating and e-tickets, we offer a huge selections of Broadway musical and play tickets.

As one of the premium national theater ticket-sellers, ClickitTicket works with a trusted and vetted network of event ticket suppliers. Ticket prices are set by the specific supply and demand of the event. All Spokane Broadway musical and play tickets sold here are 100% guaranteed.

Jersey Boys Ticket Shipping/Delivery Information:
You can choose either standard or express delivery for your tickets. There also may be electronic Jersey Boys Spokane tickets (or e-tickets) available for immediate download. Otherwise, tickets are shipped with Federal Express. 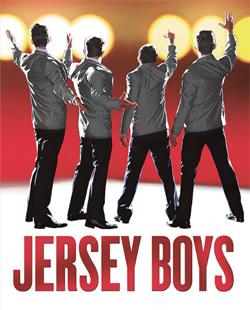