Chicago - The Musical tickets can be purchased here where you'll discover a huge choice of tickets.

How to Buy Chicago - The Musical Tickets Here

You can search the times and dates above to find the specific Chicago - The Musical show you want to attend.

Click on the red 'Tickets' button to see all the available seats for that Chicago - The Musical performance, along with an interactive seating chart that will help you locate the best seats for your price.

You'll have to choose how many tickets you want to purchase for Chicago - The Musical, and then you'll be brought to our secure checkout.

You'll be brought to the seating chart where you can sort from the cheapest to the highest pricing. Discover a wide range of cheap Chicago - The Musical tickets, including discount seats or last-minute and low-priced deals, premium seating, center stage, balcony, mezzanine, box seats and orchestra seating too.

Shipping/Delivery Information for Chicago - The Musical Tickets:
You can choose either standard or express delivery and you can specify special delivery instructions if necessary. Your theater tickets will be shipped to you using Federal Express.

Also, some Chicago - The Musical tickets may be available for immediate download as e-tickets, or electronic tickets, that you can print right from your device. 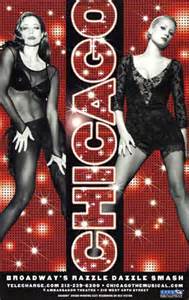