Portland, Oregon is a small city but they have a music scene that rivals much larger municipalities.

It says a lot about Portland, and the city's passion for live music, that it can produce enough venues for a list of 30.  We could have easily included 40 to 45 entries.

Two venues we immediately excluded were the Moda Center and the Memorial Coliseum.  Due to the popularity of the acts they book, you'd probably attend their events regardless of the experiences they offer.

The following 30 venues (and we're using the term 'music venues' loosely here) have distinguished themselves due to their commitment to live music, performers, and patrons.  They consistently offer exceptional live music experiences.

The 30 we've selected are the “best” relative to other places in Portland, but all can hold their own to analogous live music venues in big cities.
Whether you live in Portland, or you plan to visit, you must check out as many as you can of these 30 best Portland, OR music venues.  You won't be disappointed.


3017 Southeast Milwaukie Avenue
(503) 234-9694
The Aladdin Theater opened in 1928.  It was a vaudeville house for a few years and even hosted Jack Benny.  Then it became a movie house.  It stayed that way until the 1970s when it turned into an adult movie house.  In 1993, the Aladdin began its tenure as one of Portland's premiere live music venues.  It has a capacity of 600. 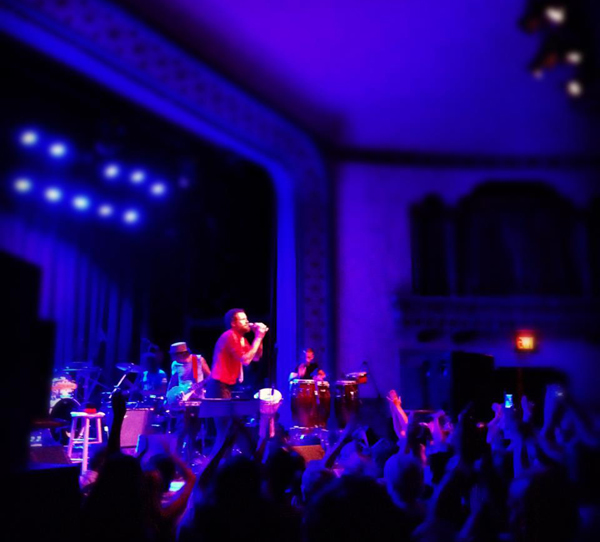 720 Southeast Hawthorne Boulevard
(503) 206-7439
The Analog Cafe & Theater is owned and operated by DRD Records.  That company was founded by Smoochknob drummer Donnie Rife.  The Analog is passionate about music.  They also boast a charming restaurant and a full bar.  Their motto is “rock stars and rock star chefs.” 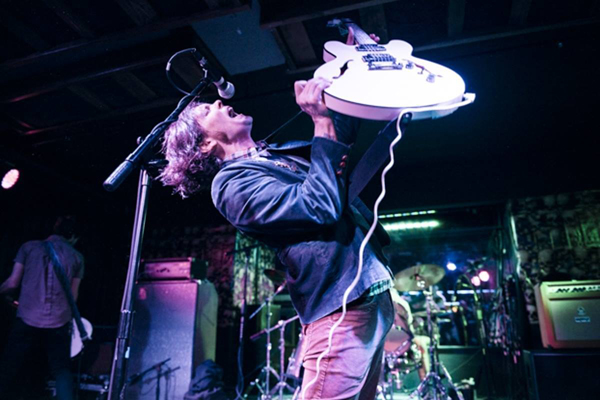 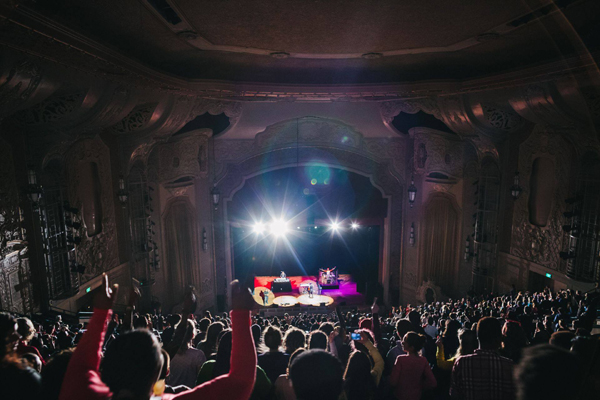 225 Ash Street
(503) 226-0430
The Ash Street Saloon is in the city's Old Town district.  You can't miss it.  Its façade is bright red.  The Ash Street bills itself as a “dirty rock club.”  They've been around for nearly two decades and during that time they've steered world renowned, as well as local, rock bands to Stumptown.

2016 NE Sandy Boulevard
(503) 230-9590
Blue Diamond is open Monday through Saturday until 1am.  On Sunday, they're open until 10pm.  This highly-acclaimed bar books the best in blues and jazz.  Besides the live tunage, they have a kitchen that prepares lunch, dinner, and appetizers.  You can also play video lottery here.

1332 West Burnside
(503) 225-0047
Crystal Ballroom is the most controversial choice on our list.  It's not known for its sound quality.  What it is known for is its history of events. “If these walls could talk” definitely applies to the Crystal Ballroom.  A cool thing about the Crystal is its floor bounces.  It feels like you're dancing on air. 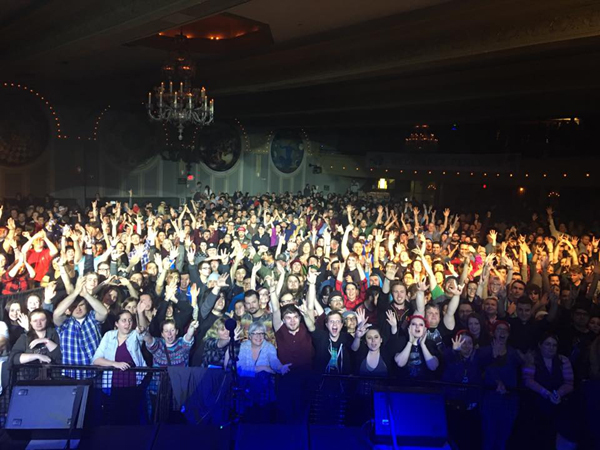 6821 SW Beaverton-Hillsdale Highway
(503) 297-2889
Lots of bars brag that they are a place where everyone knows your name, but Dublin Pub is truly one of those establishments—they've been dubbed the “Cheers” of Portland.  They are also the birthplace of Widmer Brewing.  How cool is that?  For a great night of live music, dancing, and beer on tap, take your party to Dublin Pub. 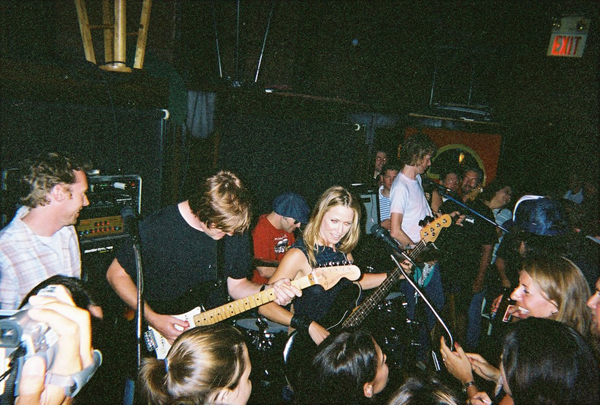 4420 Southeast 64th Avenue
(505) 780-0587
The Hallowed Halls is a unique music venue.  It's a renowned recording studio, event space, rehearsal space, and has an outdoor platform for busking.  Next store is a shop that sells instruments and records.  The Halls are housed in a century-old building that was once a library. 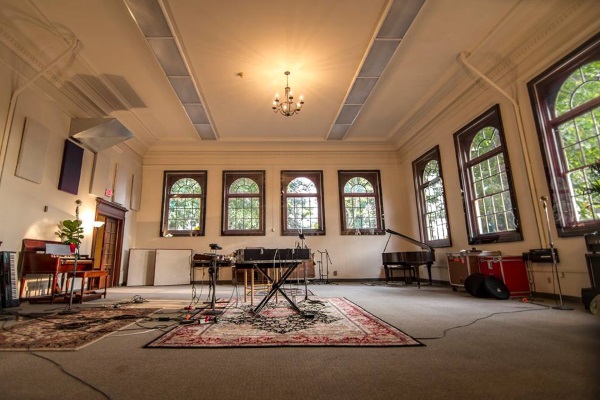 1507 Southeast 39th Avenue
(503) 223-7100
Hawthorne Theatre has seen sets from the likes of Biffy Clyro, Senses Fail, Superjoint, and Lil Peep.  They serve Atlas Pizza and concoct signature cocktails.  Thirsty?  They have over half-a-dozen beers on tap.  This venue is inside the Hawthorne Masonic Building.  The structure was built in the early 1920s.

1001 Southeast Morrison Street
(503) 239-7639
The Holocene is a dance and night club that opened in 2003.  Since opening, they've staged a plethora of live acts and events.  If you find an old oil filter or spark plug, don't panic.  The Holocene is in an Old Best Auto Parts warehouse and can accommodate more than 300 music fans.  Their sound system is top-notch. 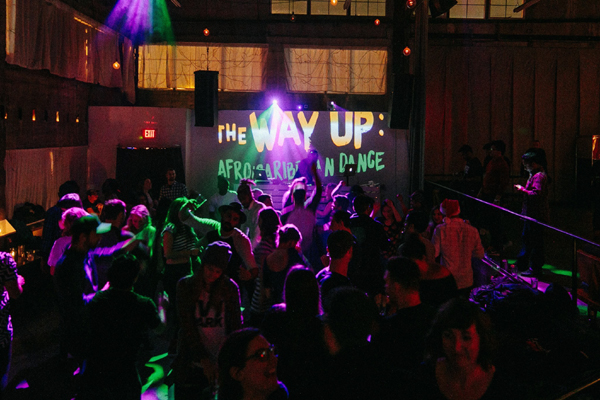 2342 Southeast Ankeny
Come to The Jade Lounge for both tranquility and live music.  That's not all they offer.  Frequently, their marquee promotes comedy nights, poetry readings, and spoken word events.  Jade is open every day but Monday.  Their happy hour last most of the evening, 6:30pm to 11pm.  From 8pm until close, The Jade Lounge is a 21 and over club.

222 Southwest Clay Street
(503) 248-4335
Keller Auditorium is the workhorse of Portland music venues and we mean that in the best possible way.  The Keller, formerly known as “Civic Auditorium,” hosts concerts, Broadway musicals, ballets, operas, and just about any other live event you can imagine.  The building was constructed in 1917.

426 Southwest Washington
(503) 228-3669
Kelly's Olympian is the Rose City's third oldest continuously operated bar and restaurant.  It was established way back in 1902.  It was named after one of its original owners and the Olympia Brewing Company.  The music venue section opened in 2008.  Kelly's is famous for its collection of a dozen vintage motor cycles. 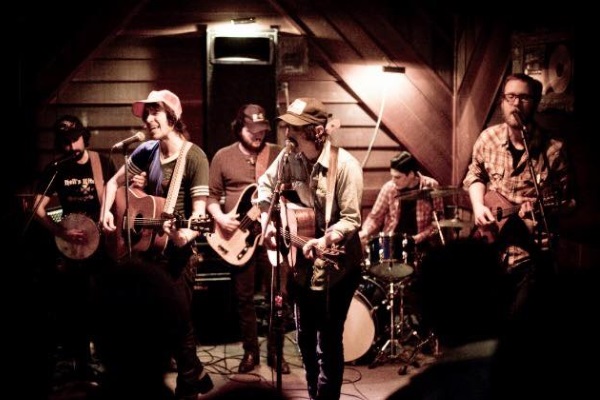 421 Southeast Grand
You gotta love a place that has an “unhappy hour.”  The Lovecraft has such a thing because they are a “horror themed dance bar.”  They are widely regarded as one of the best themed bars in the nation and they lay claim to one of the city's best dance nights.  By the way, they have no connection to the Lovecraft establishment in New York City.

3939 North Mississippi Avenue
(503) 288-3895
Mississippi Studios is routinely named one of P-Town's best live music venues.  Found inside a former Baptist church, this performance space has heavenly acoustics and divine sight lines.  Mississippi Studios operates “Bar Bar” located next store.  You've got to try their burgers.  They are the best in the city.

4001 SW Canyon Road
(503) 226-1561
The Oregon Zoo Amphitheater hosts the Oregon Zoo Summer Concerts series.  That means you can visit the elephants, penguins, and bears of the Oregon Zoo and then enjoy some great live music.  The Oregon Zoo was the first zoo in the U.S. to host a concert series. 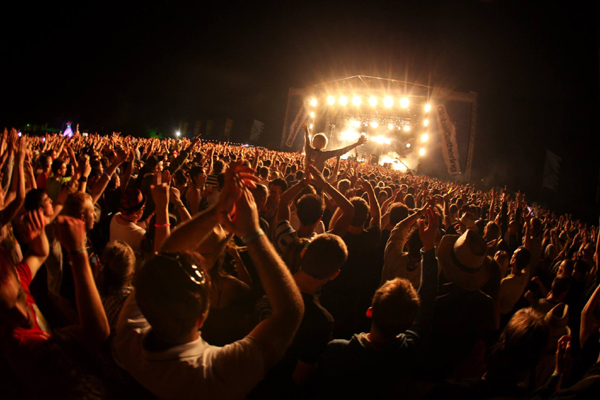 13639 Southeast Powell Boulevard
(503) 760-8128
Rock Hard PDX books musicians who actually play instruments.  How novel is that?  Besides bands that shred electric guitars and bang on real drums, this awesome club organizes a karaoke night every Tuesday.  They also put the big games on their big televisions.  Remember, this is where Portland comes to rock!

8 Northwest Sixth Avenue
(971) 230-0033
Roseland Theater has hosted sets by Bob Dylan, Pearl Jam, Tina Turner, and Bonnie Raitt.  It's famous in Multnomah County for its amazing acoustics, clear sightlines, and arena-level production values.  The Roseland has a capacity of 1,410.  Their other performance space, Pete's Room, can accommodate 400.

436 North Main Avenue
(503) 492-0800
Here's the schedule at Spinella's Off the Wall.  Monday through Saturday they open at 4pm for dinner.  On Thursday and Saturday nights Spinella's schedules live music.  On Monday and Friday nights they are all about karaoke.  Spinella's is closed on Sundays so they can host Paint Nite parties. 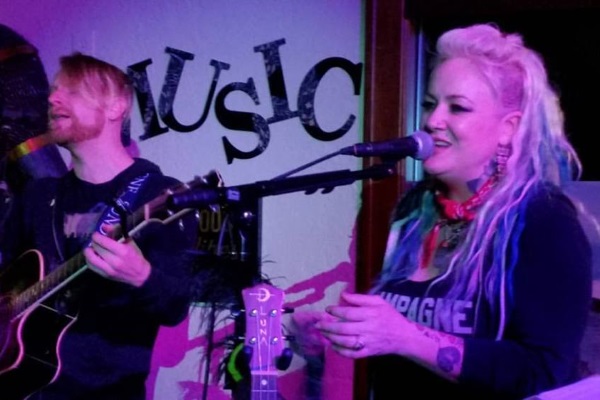 28 Northeast 28th Avenue
(503) 232-6652
Come to Tapalaya for live music but stay for their gastronomical treats.  Live tunes serenade patrons Tuesday through Sunday.  Chef Anh Luu, who recently purchased the restaurant from Chantal Angot, has created a menu of mouthwatering Asian-Cajun tapas.  This amazing eatery and live music venue was established in 2008 and continues today to be a memorable delight to both your ears and taste buds.

1125 Southeast Madison
(503) 517-8584
Remember when performers had real talent?  You can return to that era at the Tony Starlight Showroom.  To put it another way, this is the closet you'll get to a Las Vegas show in Rip City.  The space is gorgeous, the food is enchanting, and the entertainment, provided by Tony Starlight himself, is unforgettable.  Make sure you dress up.

1201 Southwest Jefferson Street
(503) 227-8189
If it's Saturday night, you need to be at West Café for live jazz music.  Make sure you come early, or stay late, for dinner.  West Café offers healthy dishes, delectable cocktails, and a wonderful Sunday brunch.  You'll find West Café near the South Park Blocks.

800 Northwest 6th Avenue at Union Station
(503) 223-0070
Wilfs Restaurant and Bar is the kind of place you'd expect Frank, Dean, or Sammy to walk into.  Wilfs take great care of you and their food is to die for.  Top local and national jazz artists flock to their intimate stage.  That stage is in their lounge, but you can enjoy the music from anywhere in the restaurant.  Wilfs opened in 1975. 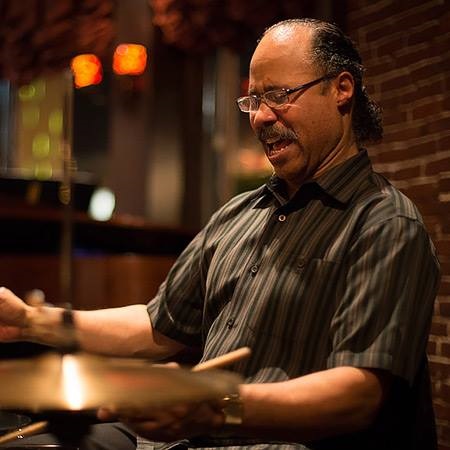